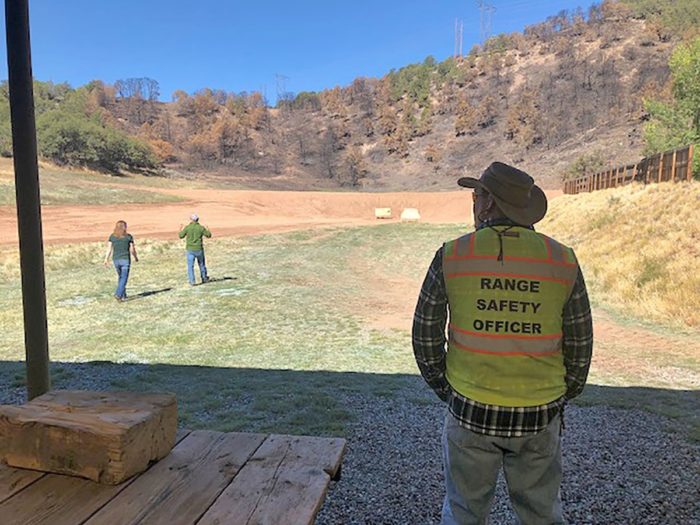 The Basalt Shooting Range Working Group will present its recommendations to Colorado Parks and Wildlife (CPW) about the future of the Basalt gun range  from 6 to 8 p.m.Thursday evening in a public meeting at Basalt High School.

The Working Group is composed of six volunteer citizens with “diverse backgrounds,” all residents of the town, who first convened in late 2018 and met at least once a month to hash out the issues and concerns surrounding the controversial shooting range in the wake of the Lake Christine Fire. Their goal was to present a cohesive set of recommendations for the agency to consider moving forward.

The 13,000-acre wildfire was apparently started by Richard Miller and Alison Marcus using prohibited tracer ammunition at the range. The range was closed following the fire, but was eventually reopened despite objections from some residents and town council members.

Ultimately, the range operates under the authority of CPW. Representatives of the agency will be present Thursday to listen to the working group’s findings.

“Nothing was off the table,” said Mike Porras, Public Information Officer for CPW’s Northwest Region. “Everything was up for consideration. They studied the issue from all sides.”

Porras explained that CPW announced the formation of the working group last year. Many citizens volunteered for the post, but CPW whittled that number to six to balance fairly representing different points of view with logistical efficacy. The members include George Trantow, Bill Kane, Stacey Craft, Rob Leavitt, Larry Emery, and Charles Spickert, “all long-time residents of Basalt,” according to a press release.

“The working group members are comprised of folks from different backgrounds and interests,” said Porras. “Some of them are definitely not shooting enthusiasts, some of them are…We felt six was a good number. It would make it easier to work together,” he said. Porras said only Basalt residents were invited to participate because “that’s where the fire had the most impacts. That’s where the range is located.”

According to the press release, the working group members were able to consult with experts. They conducted thorough research and debated each other as they moved towards their final recommendations.

“The members took their mission very seriously,” said JT Romatzke, Northwest Regional Manager for Colorado Parks and Wildlife. “Not everyone may agree with the findings and recommendations, but keep in mind that this was a thorough process and we urge everyone to respect that.”

Porras could not recall another instance of CPW creating a working group of citizens to make recommendations to the agency. Though it remains to be seen how closely the agency will follow the suggestions, Porras emphasized the agency’s willingness to consider input from the public.

“One thing I can say is CPW works very hard to include the public and public’s input in our management decisions,” he said. “We cannot manage arbitrarily without public input.”

Porras said that although CPW formed the working group, the agency “had very minimal oversight over it.” Thursday’s public meeting is ostensibly the first time agency staff will hear their recommendations.

Although the public will be able to ask questions and make comments at Thursday’s meeting, it is informational only in nature and not designed to gather public input, according to the press release. “CPW staff will set specific goals and evaluate long term management plans for the range, utilizing the recommendations of the Basalt Shooting Range Working Group.”