A career of compassionate veterinary medicine comes to a close 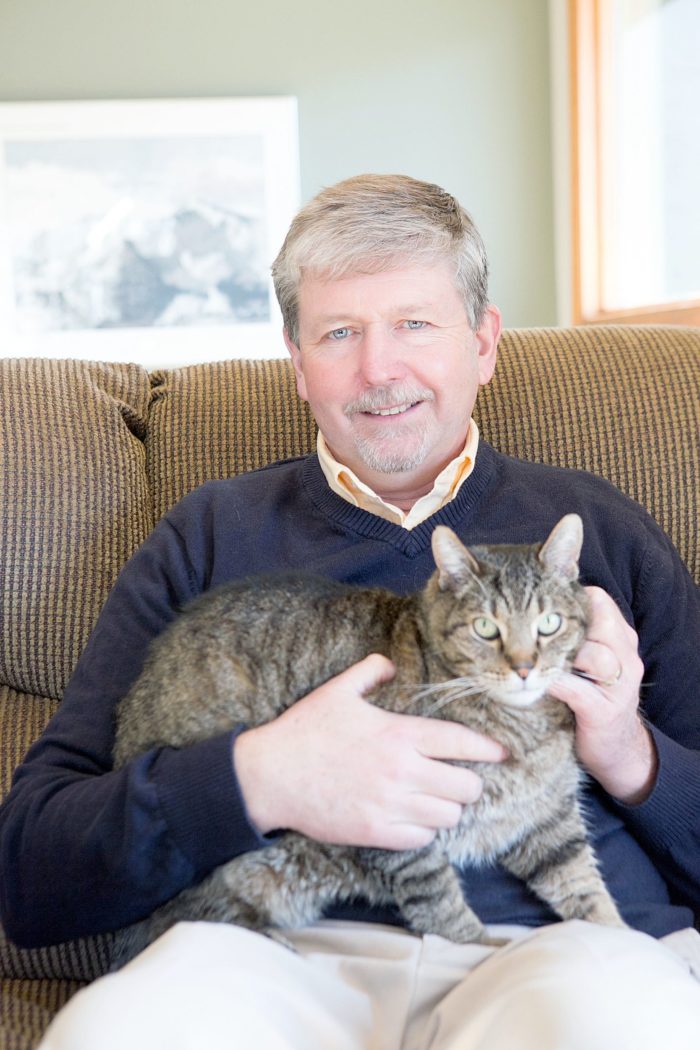 Who knew hay fever would steer Dr. Chad Roeber, DVM to a career in veterinary medicine? But after a 33-year career as a veterinarian, he is leaving Alpine Animal Hospital.

He spent many summers up in the high country riding because they had a forest permit for moving cattle. During that time, Roeber said, “I was trying to figure out a way how can I do something that involves animals, but not hay fields. I remember when I was probably about sixth grade, the vet came out to the ranch to work on a calf and I thought, that looks like that would be a good thing to do.”

Roeber also cited the influence of reading James Herriot stories (“All Creatures Great and Small”) when he was younger. He said, “There’s a good story… and it’s not always just the animals, either. It’s about your relationships with your clients and the people that are a good part of the fun.”

As an undergraduate at the University of Denver, he took classes with students wanting to enter medical school. Roeber finished his undergraduate program in three years by completing the required hours and meeting the grade point average criteria. He then attended Colorado State University’s veterinary program, graduating in 1986, at the age of 24.

One of the summers while attending school, when driving to Aspen, he drove by the animal hospital, near El Jebel. He recalled saying, “Boy that would be a good place to work someday.” After graduation, he dropped a résumé off at Alpine Animal Hospital.

Then he and his wife, Jenni, spent one year in Northern California, where he worked at a practice that he admitted, “was not the practice I was dreaming of.”

He got the call from Alpine when a long-term partner was retiring. When he thinks of that phone call now, he referred to it as “almost surreal.” He and Jenni moved to Carbondale in 1987 which also allowed them to be closer to their families in Paonia. “And, obviously, it’s a beautiful place to live,” Roeber added.

As for his memories of Carbondale, he said, “When I was a kid we would drive through here to go to Denver, and Main Street was still gravel. The Paonia marching band came over for Potato Day, and we marched down the gravel street.”

He recalled that in the late ’80s and early ’90s, the area kept changing more and more towards recreation with less mining and ranching. Roeber stated that changed Alpine’s veterinary business from a “practice that was probably 25 to 30 percent cattle. Right now it’s less than one percent.”

However, the need for veterinary care for horses increased, which led to Alpine’s practice splitting into two separate businesses; Alpine Equine Hospital and Alpine Animal Hospital.

Roeber noted the most significant change in veterinary medicine today is the number of women graduates. He said, “Graduating classes now are over 80 percent women, and it’s gradually become a profession that women are successful in.”

Roeber cited another positive change in veterinary medicine is the recognition of the human-animal bond. He said, “It’s obvious just how powerful it is; how much a part of our lives these animals become. And thank goodness they are now training veterinarians in grief. They say we see deaths five times more than a medical doctor just because animals have a much shorter lifespan.” He said a good part of his practice was helping clients dealing with grief.

“Some of the best relationships I’ve developed were with people going through that grieving process. You can say they’re just animals, but the grieving process people go through is the same.”

Alpine Animal Hospital has a euthanasia garden; a place that is quiet and off by itself, with a little pond dogs can get into for one last swim. Roeber said it was an essential part of the hospital’s design.

Roeber said it was time to move on to other things in life. “I started so young, and I was on a fast track. I graduated when I was only 24. My wife and I never did anything fun in our younger years.”

Jenni just left her job of 18 years as a vision therapist. They have two adult children and now there will be time for travel, family, and that “fun” that was put on hold when Roeber was getting established in a practice.

You will also find Roeber at St. Benedict’s Monastery, where he gets to use his ranching skills by doing fence and ditch work.

As Roeber described it, “I don’t even like the term retirement. I did 33 years of clinical practice; it just was time to do something different.” The next chapter is just beginning.