Getting the most out of an exchange 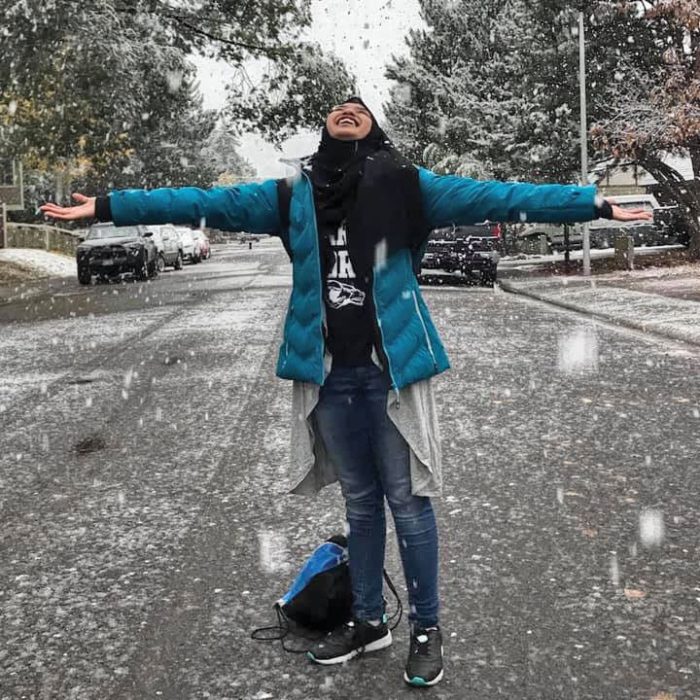 “Isn’t your life already too busy to host an exchange student?” is a question we heard over and over.

I don’t know? Aren’t all our lives eternally busy in some form or another?  But our dedication to raise two boys to be globally aware citizens outweighed any notion that our schedule was already too packed. And, frankly, I feel none of us are really getting enough exposure to much diversity in this part of the world. That’s a strong statement coming from someone who has an immigrant background with ties to Japan, Mexico and Brazil.

Can you believe that up until last August I had never even met anyone rockin’ a hijab? That is not until Fatil came to live with us. In ten months we not only got to learn about the Thai culture, but we also got to see a truer, more complete example of what it’s like to be Muslim.

I think back to what I really knew about this religion before Fatil came to live here. I’d sometimes watch the news and see images we’re all familiar with: suicide bombers, dangerous bearded men holding AK-47s, and women covered head to toe in black berkas. None of it was ever good. I never chose to believe these images represented an entire religion. That would be as stupid as believing the KKK represents all Christianity.

Obviously, before she came to live with us, I knew our Thai connection would not be what we saw on the nightly news, but beyond that I was not sure what it would mean to host a young girl who belonged to a religion that I thought was,  for lack of a better word, so restrictive.

Before she arrived I wondered what prayer time would look like. Five times a day, really? Isn’t that overkill? What about sports? We are a sporty family and was the hijab going to get in the way of our activities? And I read somehwere that Muslim women are not accustomed to talking to men. Would that mean she would ignore my husband for months to come? I’m an open-minded individual, but I certainly was not  going to be patient enough to pull over on Highway 82 so this girl could get on the ground and pray to Mecca.

Fatil had her concerns too. News spread fast through the world that our current president is not a big fan of this religious group, so it’s no wonder before she arrived she sent me a message that was thick with worry.  “Mom, I have something to tell you. I’m a Muslim.”

I tried to put her at ease. “Fatil,  it’s okay. This family accepts people of all colors, and backgrounds.” I knew for sure my immediate family would be accepting, but what about our neighbors, and our extended family who voted for Trump? Or what about the kids at Roaring Fork High School?  Would I have to get all mama bear on the first ignorant, intolerant fool who made a terrible remark about her wearing a hijab? I hoped I didn’t, but I was prepared to get my fangs out for a girl that I had never even met.

Thankfully, none of our concerns played out. Her prayer schedule was flexible and a non-issue. She played volleyball, swam, skied, and basically just kicked so much ass in her hijab. (Now I’m wondering why this was even a worry of mine?)

She was always super sweet and respectful to everyone she met. Our neighbors and extended family, some who had their major reservations about Muslims, fell in love with her too. And finally her experience at Roaring Fork High was nothing short of amazing.

Fatil’s gone back home now. My family is adjusting to not having her bright energy around. As I clean her room I think of what I know for certain after our experience.

Now I know for sure that it doesn’t matter what corner of the world a young person comes from, or what god they are praying to, teenagers will be teenagers. They prefer pizza over vegetables. They know the words to all the latest pop music. They never tire of hanging with their friends, they sleep through their morning alarms and they need constant reminding to clean up their rooms.

Now we keep hearing how we changed her life. There may be a bit of truth to that, but I can’t state enough how truly impactful she was on our lives. This young lady gifted us with a deeper, richer understanding of her culture and her religion.

Our hearts and minds have been forever changed and if we ever held any inkling of a stereotype it was completely done away with. And to those folks who worried our plate was already too full, I’d say being “too busy” is just an excuse to ourselves and to others to not do the important things, often the scary or difficult things, that have the most impact on our lives. I don’t know about you, but I don’t care to live my life that way.