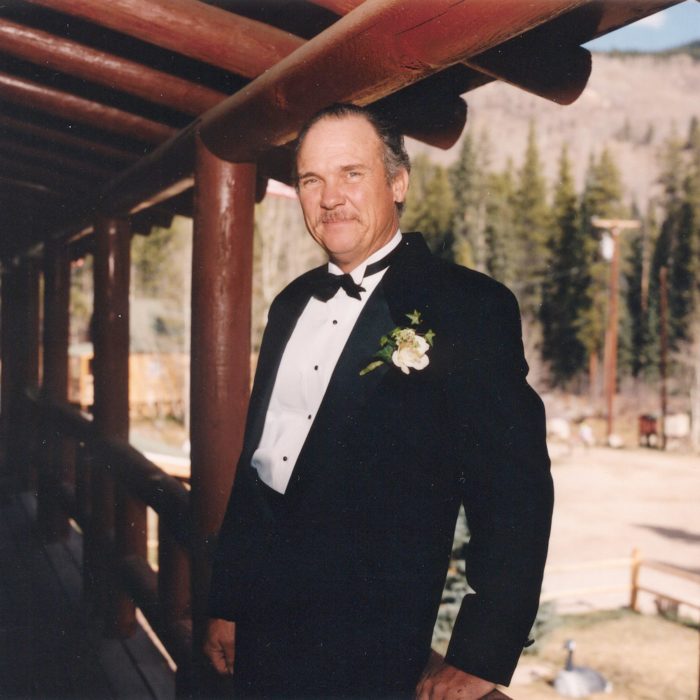 Tim was raised with two sisters Jacquie, and LaNora, and his brother Reggie with whom he shared his love of fast cars.He passed away on June 21, 2019 at the age of 81.

After high school, Tim attended Colorado State University to study Forestry. It was at CSU where he met Limon Thompson, brother of close friend Lew Ron Thompson, who first brought him to the Roaring Fork Valley where he met and married Winona (Nonie) Holgate.

Tim and Nonie were married in 1960 in Glenwood Springs. They lived in Carbondale where their sons Michael and Gregory were born. In 1963, Tim and Nonie moved to Leadville where Tim worked for Climax Mine and achieved his Journeyman’s Electrician’s license. While living in Leadville, Tim and Nonie had their first daughter, Holly. In 1966, the family returned to the Roaring Fork Valley where Tim achieved his Master’s Electrician license and established his own business, Hoffman Electric. While living in Basalt, Colorado, Tim and Nonie’s fourth and final child, Tracie, was born in 1970.

When he wasn’t enjoying breakfast with his buddies at the Red Rock Diner, Tim, aka “Tiny Tim” enjoyed spending time in the outdoors, snowmobiling, boating, camping, and riding his jet skis.

A private celebration of Tim’s life for family and  friends will be held at a later date.

Reptile Discovery by Didgeridoo Down Under