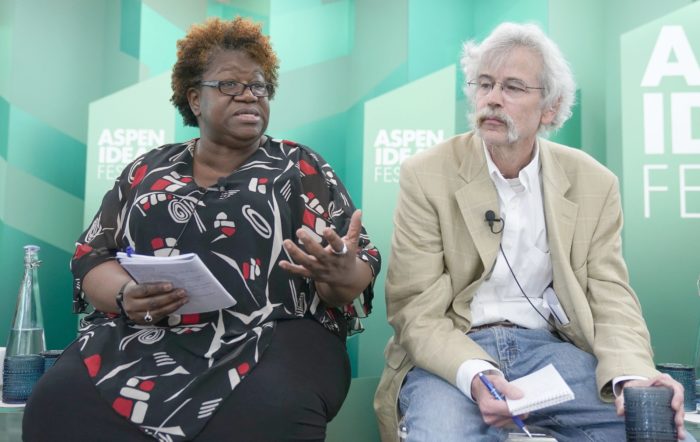 What does it mean to live in modern rural America, and which myths mischaracterize the mysterious middle ground locked between the Atlantic and Pacific coasts? I attended a session at the Aspen Ideas Festival, “Rural Mythicism: Fake News About Rural America,” to hear what a panel of experts had to say about the challenges facing the heartland.

The session’s central thesis was that rural America is not an isolated hive of narrow-minded, conservative white people. In 2019, it is a far more complicated place than the quaint caricature often presented by mainstream media.

The introduction of broadband infrastructure has widely brought the internet to even the most isolated pockets of the country, offering residents there the same digital diet available everywhere, should they choose to bite. Young people are moving back to their hometowns at higher rates, ditching the expensive, stressful city life for greener pastures. They are becoming entrepreneurs and raising families there (though finding childcare and affordable housing are obstacles).

Latino populations are revitalizing rural economies and significantly impacting the demographic makeup of towns and counties (Storm Lake, Iowa, according to reporter Art Cullen, is 50 percent Latino). Farmers are suffering from the corporate consolidation of agriculture and the negative impacts of climate change, causing some 20 million Americans to live in “persistent poverty” counties. And on the flip side, investments in wind and solar infrastructure, as well as eco-friendly techniques such as rotational grazing and carbon capture, are becoming more prevalent.

I wasn’t sure how neatly Garfield County fit into their discussion. The panel was mainly focused on traditional farm states like Kansas, Iowa, South Carolina, and dairy country in Wisconsin, for example. We have a slightly different mix here in Carbondale and on our surrounding ranches, it seems to me. We have a booming recreational economy, for one. And many ranchers graze their cattle on surrounding public land as opposed to sprawling tracts of private property. Nonetheless, I found some wisdom from the panel discussion that applies to our little corner of paradise.

First, we ought to embrace diversity. As Art Cullen put it bluntly, “Quit treating brown people like invaders and they will revitalize the economy.” Immigrants are the new homesteaders, he said. The more we can do to make them feel welcomed and safe, the better off we’ll be. Even in red-state Iowa, he believes, most conservative Anglos are okay with offering a path to citizenship for law-abiding immigrants.

It’s their diehard commitment to pro-life politicians that keep right-wing Republicans like Steve King in office, not necessarily their disdain for their Latino neighbors. Although Garfield County has largely done well in this regard, it’s important to keep in mind that this is not the case everywhere, and that communities that celebrate immigrants are thriving. Or as former North Dakota Senator Heitkamp remarked, “Rural America is not welcoming America. We have to change hearts and minds.”

Second, local food production is good for our economy and healthier for our bodies. As evidenced by operations like Sustainable Settings and Rock Bottom Ranch, people here are willing to pay a little more to eat food harvested in the Roaring Fork Valley, or perhaps imported from the North Fork. Many rural economies are experimenting with this business model and it’s working. Tour our local farms and ranches (many invite the public to do just that with open hours) and swoop to our farmer’s markets for fresh, locally sourced meat, fruits, and vegetables. Feel better and reduce your carbon footprint.

Lastly, we ought to be moving away from fossil fuels and towards renewable energy. Although places like Alamosa are perhaps better suited for large-scale solar farms than our mountainous enclave, we should be investigating the economic and environmental benefits of these technologies. Carbondale’s Clean Energy Economy for the Region (aka CLEER) is a great example of this. CLEER works with Garfield County to incentivize energy efficiency, accelerating the transition to a clean energy economy, increasing energy independence, and reducing our contribution to climate change.

In sum, fear not residents of rural America. You made the right choice. We may lack the glitz and glamor of city life, but we make up for it with clean air and water, open spaces, delicious food, and a cultural stewpot of young and old, rancher and skier, and people of varying cultural descent. It’s a great place to be and while we have many unique challenges, we also have much to look forward to. If there’s one rural myth that may in fact be true, it’s that we keep on the sunny side of life.