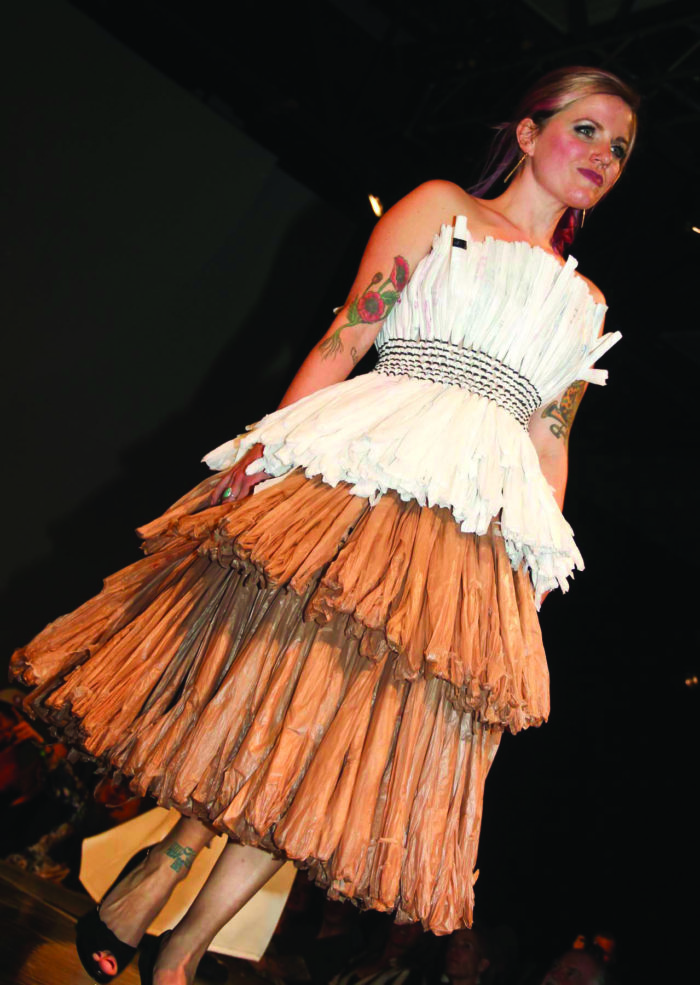 There appears to be only one strong note of opposition to expanding Carbondale’s bag ban and fee — and whether to include the unidentified business and its ilk or not was the primary contention of the July 23 Board of Trustees meeting.

Since first airing the issue on May 15, the Town’s Environmental Board had put together four recommendations for how to tackle the issue of disposable plastic. Chief among them was expanding the Town’s prohibition on plastic bags and fee on paper bags beyond grocery stores but increasing the size threshold from 3,500 square feet to 9,000 square feet — though E-Board member Sandy Marlin noted that they “went round and round on” the latter change and “didn’t come to 100 percent agreement.” They were more unified in advocating for a proclamation laying out goals, joining the waste-reduction group Recycle Colorado and hiring a consultant to develop a strategic plan.

First, they brought in Jon Waterman, a journalist who accompanied a plastic-skimming sailing expedition to Hawaii, to emphasize the need.

“It’s not what the media would have you believe. It’s not the islands of plastic out there — that exists, but it’s a minor part of the problem,” he observed. “It’s stuff you can only see under a microscope. It’s everywhere.”

Most of it is inert, he noted, but by no means all. And it may all be settling down to coat the ocean floor.

“The situation is really grave,” he said. “The good news is that people are alert to this now. Here in Carbondale, I like to think of us as a pretty savvy town when it comes to environmental politics… but we’ve gotta take the next step.”

Speaking as a private citizen, E-board member and former trustee Frosty Merriott brought the point home by recounting a conversation with the wildlife rehab facility in Silt. They have, according to Merriott, run into several bears and one mountain lion either throwing up or defecating plastic bags — and there’s a good chance at least one would not have survived without assistance.

“It’s more of a local impact than just the oceans,” he said.

Other public comments were similarly in favor of action.

“I think it’s very much in the spirit of Carbondale,” Debbie Bruell told the assembly.

“I just feel like in this community, if one store fought it, the PR pushback on that establishment might not go very well for them,” she said. “It’s really about changing the paradigm of getting people to bring their bag everywhere.”

For the board, it was really just a matter of hashing out the details. There was general support for a provision allowing small bags for loose items like nuts and bolts — Ace Hardware, Roaring Fork Co-op and NAPA would all be included in the expanded ban, along with Dollar Tree and Sopris Liquor and Wine. The latter doesn’t currently offer plastic bags, and thus will likely not be subject to a fee for its upon-request paper bags. Compostables are never subject to the fee. Other affected businesses have already taken steps for the transition, according to Trustee and E-board Liaison Heather Henry.

“We have one vocal naysayer,” she said. “I think the rest are prepared for it and some are embracing it.”

Said naysayer would be included in a 3,500-square-foot ban but not a 9,000-square-foot option, while businesses of any size would be able to opt-in to the program. The ban does not apply to restaurants or other non-retailers. Legal counsel Tarn Udall pointed out that broader plastic bans may face pushback in court.

“I think staying with bags and not going beyond with food containers perhaps provides the Town with more protection,” she said.

While Trustee Ben Bohmfalk understood the limitations and supported the first steps, but urged his fellows not to ignore the big picture.

“Plastic is so ubiquitous in our society, that I think when we focus on one thing… it can blind us to the rest of the stuff we’re putting in that bag,” he observed.

“I don’t think we need to pat ourselves on the back for doing this,” he said. “I think by our actions, we’re stating what our intentions are.”

The proclamation passed with Silverstein as the sole dissenting vote. Committing a prorated portion of the $325 membership fee to Recycle Colorado was backed by unanimous vote, and directing staff to develop a scope of work for a consultant received round support.

Silverstein also objected to the E-board recommendation of a 9,000-square foot threshold — though not enough to vote against the whole package.

“I’m sorry that any businesses is unhappy with it, but if this is what we’re going for then let’s go for it,” he said. “I really have an issue with someone who’s outspoken against it that we’re catering to them.”

Mayor Dan Richardson countered that the original 3,500 square-foot figure was similarly arbitrary. When Bohmfalk put forth a motion, it was for the recommended 9,000-square-foot figure — though he wanted to “kind of [send] the signal that we’re incrementally expanding this concept townwide eventually.”

Staff will bring a draft of the amended ordinance to a future board meeting for final approval, with an expected implementation date of Jan. 1, 2020.