Celebrating a century of John Tripp 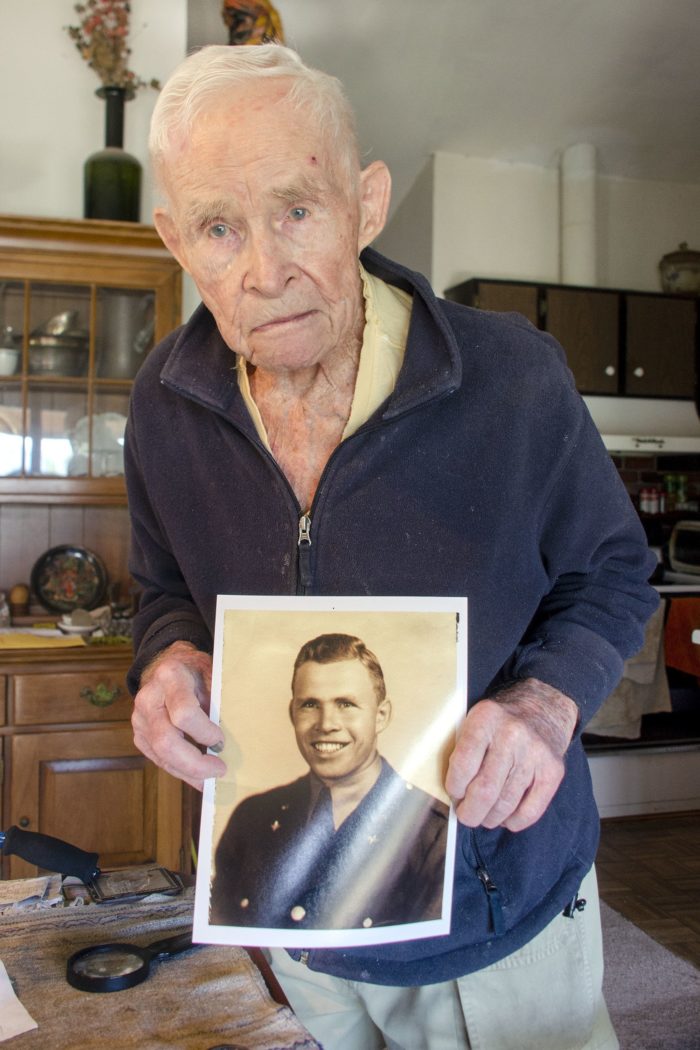 John Tripp never wanted to be 100, and he thinks that may be why he’s on track to reach the milestone this week.

He acknowledged that his wife, Rene, who he lost after two years of declining health in 2006, might have had something to do with it.

“She was an unbelievable lady,” he said.

The marriage came 72 years earlier, between deployments in 1944. His father told him at the time that “any damn fool who takes on two battles at once I have no sympathy for whatsoever.”

Many of Tripp’s stories come back to World War II in the end, but the tale actually starts in Waterbury, Connecticut. Born there on July 28, 1919, he grew up playing hockey with French Canadians on a little pond rink. His father was a banker who managed to hold on to his job through the stock market crash and the rough years of the ‘30s.

“We weren’t rich; we weren’t poor — but I knew guys that were,” Tripp said.

As a young teen, he even began a portfolio of his own, mostly local investments.

“I’m still in the market with some of the same companies,” he observed.

His mother stayed home keeping Tripp’s ears clean — she always said they were so prominent you could scrub a spud in ‘em —  and him and his two sisters clothed.

He went to business college and lined up a position with American Brass. On a visit to Quebec City in 1938 or ‘39, however, he caught wind of changing times when he wasn’t allowed to take photographs in an old fort. He kept an eye on things in Europe and took his first enlistment physical in September 1941 — months before Pearl Harbor brought the United States into the war.

“I wanted to fly P-38s in the Air Corps,” he said. “They said, Tripp, you’re not gonna fly anything. So I went to navigation school.”

He passed the mental exam in February 1942 and joined the 87th infantry in “the only regiment I know of that was deployed in both theatres.”

The Pacific Theatre was first, with the retaking of Kiska, Alaska on Aug. 15, 1943 — though the Japanese cleared out about a week before the Americans arrived.

“If they’d been there, I wouldn’t be,” Tripp said. “It was their stepping-stone to the U.S.”

Upon their return, he trained with what would become the 10th Mountain Division at Camp Hale near Leadville. His first daughter, Judy, was born while he was fighting in Northern Italy.

“I made bets to all the guys it would be a boy,” he laughed. He ended up with three boys: Bill, Larry and Jonathan.

While in Europe, Tripp bonded with the French and Italians, even earning himself the nickname “Jean Voyage” — a literal translation of his name and a pun on “bon voyage.”

“I became friends with all these people because I treated them like human beings and tried to speak their language,” he noted. “One thing my dad taught me long ago was that you make your living from everyone and you have to treat everyone well.”

“I got on the wrong side of some sort of machine gun pistol,” he explained.

After some time spent recovering, he got a job working for Rene’s father in the sheet metal business. A few years later, they took an opportunity to purchase a container company in Denver and made the move. A CU grad, Rene knew the state well and had her eyes on a little more rural life.

“She spotted this area,” Tripp observed. “She and I built this house.”

The house in question sits on a piece of land purchased from John Nieslanik in 1969, though he commuted to Denver during the week for the better part of two years. Today, it’s filled with all sorts of memories — hats from high-ranking members of both the French and Italian armies, “shrines” he designed and distributed based off one he encountered in the Alps, skis from the early days of Aspen and mementos from trips to all seven continents.

He still has plenty of friends in town, though few that share the same memories.

“I keep in contact with a couple of guys in Denver,” he said of his fellows from the war. “It’s a little lonely.”