Expanding accessibility online, in the store and at the park 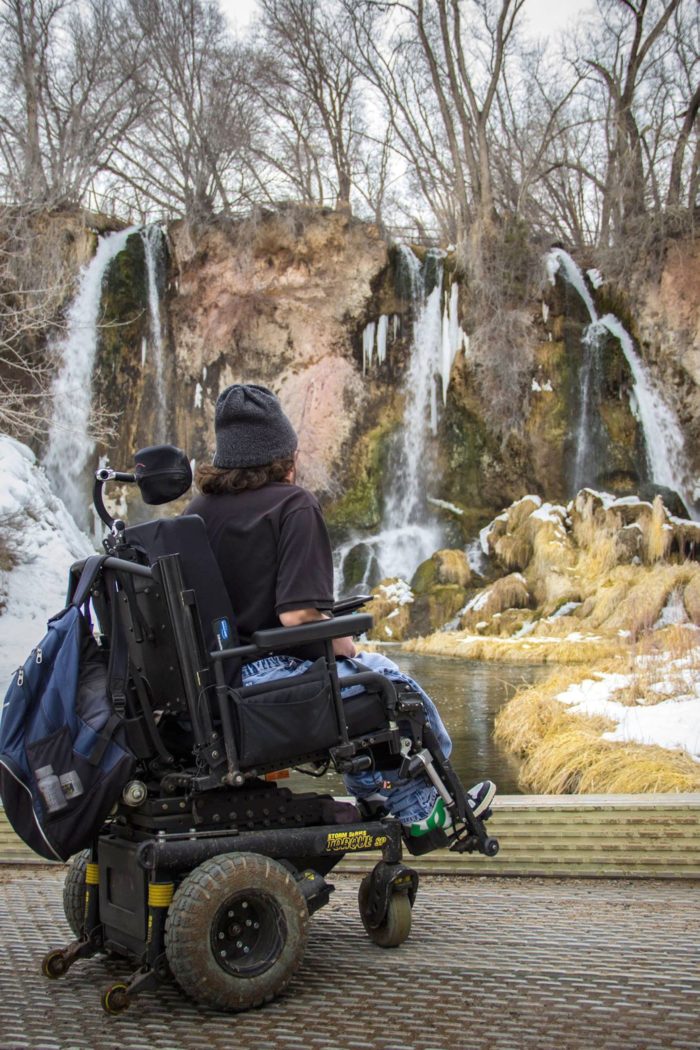 Carbondale native Corey Mineo has a form of Muscular Dystrophy known as Charcot-Marie-Tooth (CMT), a neurological disease which seriously affects the use of one’s limbs. Corey does not let CMT define him but he does care about accessibility — not just for his own sake but for that of others.

In Mineo’s opinion, Carbondale is doing pretty well in terms of accessibility, “they just need to continue as they renovate to make it above and beyond and not just the minimum.” Let’s dive into that…

When one brings up the Town of Carbondale’s website, one has the option to adjust the display settings of the website. This way, people who are visually impaired have a better chance of navigating it. This is but one of many ways Carbondale has reached a standard for accessibility.

The Town administrators are not the only promulgators of this trend. Many business owners are doing their part to lead the charge. While renovating or constructing with accessibility in mind is surely out of the goodness of their hearts [as well], it is also the law. According to the International Building Code (IBC) businesses are required to spend up to 20 percent of renovation expenses on accessibility.

John Plano, Carbondale’s Building Official, is tasked daily with evaluating commercial buildings for accessibility compliance. According to Plano, building from scratch makes his job more simple because he just has the architect design to code, “it’s when you get into remodels, additions and things like that that throw in that question, ‘how much are you going to require to be accessible?’”

The answer to that largely depends on the size and expense of the remodel. When a downtown small-business owner, or their contractor, comes to Plano with a low budget remodel, he works with them and asks, “what can you do to make it [accessibility] better?” Sometimes that means building a ramp to keep behind the front door to use when a patron may need it to get over a step into a business entrance.

When the remodel is more extensive, take Señor Taco Show for instance which recently opened it’s addition, AXKAWA, the ante is upped. Luckily AXKAWA’s management had no qualms with renovating to meet ADA (Americans with Disabilities Act) standards. The restaurant is equipped with an accessible entrance, an accessible route throughout the restaurant and a fully accessible bathroom. Whether a patron is wheeling  or jogging they can cruise on into AXKAWA and place their order. As their own, Fatima Bernal, put it they are “excited to have the doors open to everyone.”

The Roaring Fork CO-OP on Highway 133 underwent renovations in 2015. According to the IBC, any space above or below an area with an accessible route that is larger than 3000 square feet shall have an accessible route to it as well. The CO-OP remodel expanded the upper level to 6000 square feet and in turn added an elevator so all customers can get to the second floor where it’s business offices are housed. CO-OP’s General Manager, Don Boos, says, “in accordance with ADA, anyone is able to operate it [the elevator] without assistance.” As Mineo says, accessibility isn’t about someone being there to assist you, “it’s about independence.”

Commercial access is a great step, but it isn’t all the town has to offer. Carbondale’s Parks and Recreation Department has made strides to significantly improve accessibility into municipal parks. One such example is when the town replaced the pea gravel, which is not ADA certified, in all of the town’s playgrounds with an engineered wood chip fiber.

Carbondale’s Parks and Recreation Director, Eric Brendlinger, noted that as long as the wood chips are maintained it “is ADA compatible because wheelchairs can role across and people can get across it on walkers [etcetera].” Eric was excited to announce that the playground at Miner’s Memorial Park is “slated for a full replacement” which has been designed with ADA in mind. The new playground will include a transfer station onto the main structure, a stand alone disc swing as well as an accessible swing on the primary swing set — all of which will be ADA approved.

Of course, kiddos are not the only ones enjoying our parks and outdoor spaces. The group CAFCI (Carbondale’s Age-Friendly Community Initiative) has worked with the Town of Carbondale to identify other areas in town for improvement. CAFCI is a grassroots organization which is concerned with all ages – not just senior citizens. CAFCI recently had  a group of its members and supporters perform a “walk audit” along some of Carbondale’s designated “priority corridors.” Priority corridors being commonly used walking and biking routes throughout Carbondale as defined by Carbondale’s Bike Pedestrian and Trails Commission. As part of the walk audit Niki Delson and Judie Blanchard, two of CAFCI’s founders, walked the Rio Grande Trail from the intersection of Catherine Store Road and Main Street to Highway 133. This section spans about a mile. There are lots of benches along the way, but the benches are mostly not, if at all, accessible to someone using an assisted device, such as a wheelchair or a walker.

Niki and Judy know from experience that the Town of Carbondale is more than willing to work with them to make changes to better accessibility. For example, CAFCI members had spoken with seniors from Heritage Park Care Center who expressed that they like using the “ditch trail” behind Heritage Park but did not access it often because there is no place for them to sit and take a rest along the way. CAFCI worked with Eric Brendlinger and the Parks and Recreation department to set the groundwork for benches to be placed. Two benches have been donated by two separate donors. The Town of Carbondale will install the benches which will be accessible to everyone.

Carbondale is catapulting its way into the 21st Century’s standard for accessibility and there is still more to be done. It will continue to take people like Corey, who are willing to speak up, and a town like Carbondale that is willing to listen, to make a difference.