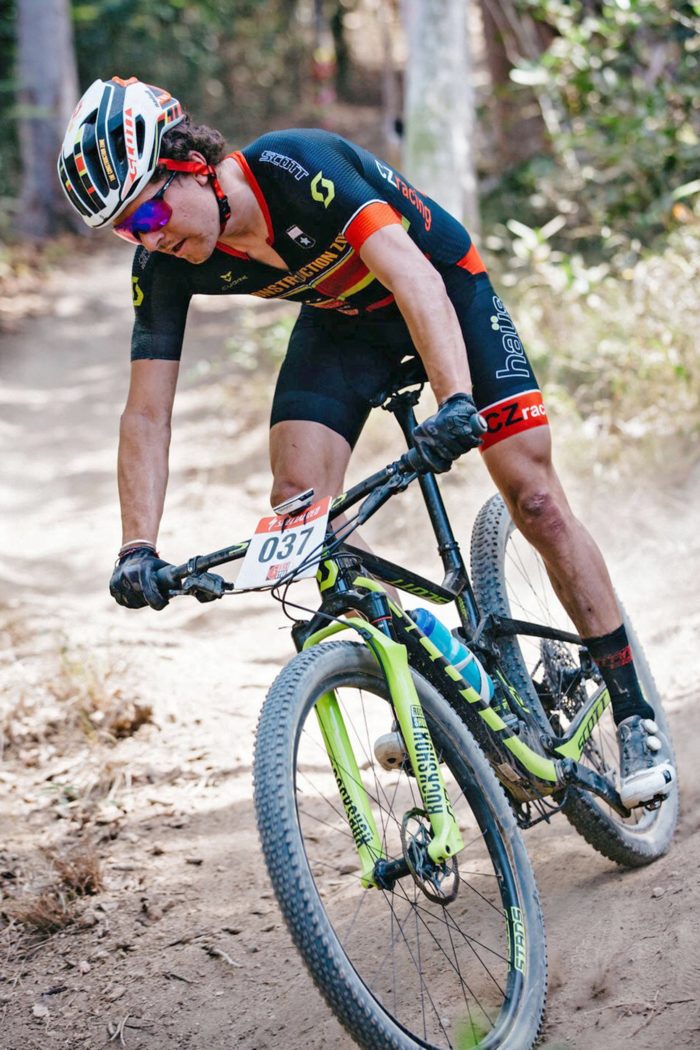 In a valley where elite athletes are as numerous as the mountains they train on, Henry Nadell has managed to shine among the masses.

On Aug. 5, Nadell was selected by USA Cycling to compete in the 2019 UCI Mountain Bike World Championships in Mont-Saint-Anne, Canada — an accomplishment very few even dream of achieving. A Carbondale native, he qualified for the prestigious event after placing second in the USA Cycling Mountain Bike National Championships under-23 men’s cross country race on July 27 in Winter Park, covering roughly 30 miles of hilly terrain just six seconds off first place in 1:36:10.

“If you had told me at the beginning of the year I was going to qualify I would’ve been surprised.” Nadell humbly notes. “At our team training camp back in January we set our goals through July. The big goal was nationals.”

As a former high-school standout in both mountain biking and nordic skiing at Colorado Rocky Mountain School, he learned how to push his limits to achieve his goals.

Nadell describes his first experience with mountain biking as something that “just clicked”.

“The CRMS team and trips we took made me fall in love with mountain biking before racing.” Nadell recalls. “The mountain bike community in Carbondale is amazing. It really is a great place to grow up and learn about the sport.”

“I still vividly remember seeing him come around the first lap of the junior varsity race in Grandby.” he said. “We saw his bright blue jersey coming through the woods and he was all by himself! He had put an enormous gap on the field, and had a huge grin on his face.”

After this decisive win, Nadell and Wolf discussed the possibility of moving him up to the varsity squad, although it would mean losing his standing in the JV field and a possible state championship title.

According to Wolf, “There was no hesitation or doubt. Henry was racing to get better and faster, not to collect awards or to win races easily. Bike racing is not about winning, but about self-improvement and self-reflection.”

With this intention, Nadell was able to consistently work his way through the varsity races. Despite starting last in every race, Nadell managed to place in the top 10 throughout the season.

“This didn’t discourage Henry, but seemingly served to fire him up and motivate him to train harder for the next season” Wolf states.

Nadell’s determination paid off; as a senior he had finally earned a spot in the front. He soared to a first place finish during his first race of the season and went on to win all five varsity races, including the coveted varsity state championship title. As a full-time student at Fort Lewis College in Durango, he started racing for the Durango Cycling team where he “bloomed into the mountain bike scene”.

“Durango is second to none in the country.” Nadell gushes. “It’s a fun place to ride. You always have someone to share it with, and a bunch of friends to push you.”

Training with some of the best bikers in the nation, Nadell, who is sponsored by SCOTT bikes and Construction Zone Racing, an architecture firm based out of Arizona, has stepped up his discipline to compete on the world stage.

“Like most endurance sports its a huge time commitment. When you have one to four hours of racing, you need to build up. I typically spend three hours on the trails [in addition to] skills work and technical training. I’ll even mix in some short track as a hard effort for training.”

To refresh and get ready for Worlds, Nadell will be riding in the Breck Epic Six Day Stage Race this upcoming weekend in Breckenridge.

It is apparent that mountain biking is more than a competitive sport for Nadell. “I have a lot of fun while riding. I get to share this with my friends and community and that feels really good.”

The positive impact Nadell has had on a community that rallies around its athletes is evident. “As a coach it’s hard to say enough about what Henry did for the team and his teammates. Henry took other riders under his wing. He taught them how to ride, train, and race. […] He helped build a foundation that the team is still built around today.” Wolf reflects. “He did it with hard-work, deep love for the sport, and not a drop of arrogance.”

The UCI World Mountain Bike Championship race will be held in Mont-Saint-Anne, Canada from Aug. 28 through Sept. 1. To learn more about Nadell (@henry_nadell) and the rest of Team USA’s journey to the top, check them out on Instagram @usacycling or usacycling.org. To keep up with the latest world championship news head to uci.org/mountain-bike.