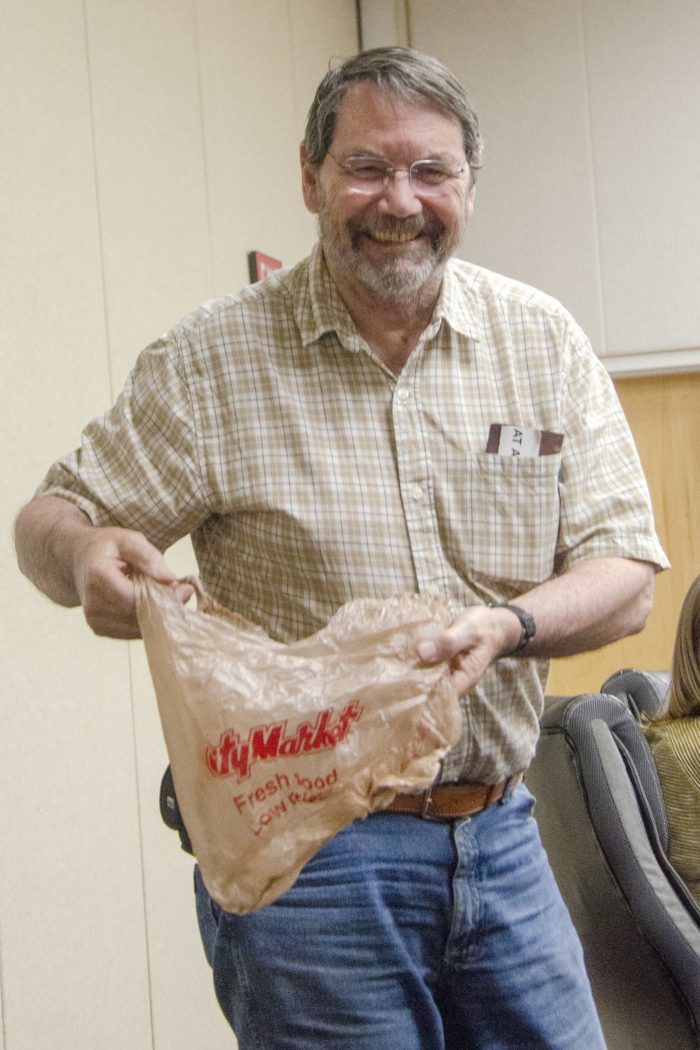 An expansion of Carbondale’s plastic bag ban is on hold after the managers of several affected businesses raised concerns about communication.

While the Environmental Board had reportedly taken the town’s temperature on the possibility of including non-grocery businesses in the ban, word didn’t make it to the top at every establishment. That prompted one head honcho to contact the Glenwood Springs Post Independent, with the resulting story eliciting surprise from several other business leaders and consternation among the trustees.

“We’ve gone forward thinking that everyone had been really reached out to, and it didn’t seem like that was accurate,” noted Trustee Ben Bohmfalk. “If it’s in the best interests of the town and environment and all that, we can pass something even if there’s opposition… but I want to really understand how the businesses are feeling about it.”

Trustee Heather Henry took full responsibility for the situation and defended the environmental board.

“Absolutely, there was never an intention to leave anyone out,” she said. “I think our E-board really… did the best they could in terms of their volunteer time.”

Kiko Peña of Sopris Liquor and Wine didn’t see that as enough.

“I think that lack of communication led to a bunch of misinformation that I think you need to make a decision today,” he said.

Peña already offers only paper bags at the store, but would be obliged to charge for them under the proposed ordinance expansion — as would any other retailer over 9,000 square feet. And while many customers are content reusing a box to carry out their purchases, he believes a fair number of Latino customers would prefer not to call attention to themselves with something so obvious.

“I’m six years ahead of this plastic bag curve, as far as I’m concerned,” he said. “I personally feel for all my efforts I’m being penalized… If you’re going to do that, let’s go all in. Everybody, all sizes.”

Chris Peterson, managing partner of Ace Hardware, came to a similar conclusion by applying Rotary’s Four Way Test: is it the truth, is it fair to all concerned, will it build good will and better friendships and will it be beneficial to all concerned?

“I would go so far to say that the ordinance itself fails this test, which is why we did not opt in,” he asserted. “Is this a problem for the Town or not? Can a fox not choke to death on a bag from a small store?”

Ace is now in the process of running through its back inventory and converting to single-use plastic free. He encouraged the Town to rewrite the ordinance with fewer exceptions and to make a point to reach out directly in the future — though Mayor Dan Richardson didn’t see the latter as particularly practical.

“If we tried to contact every stakeholder with every resolution, we would be in the communication business instead of the governance business,” he said.

For her part, Henry opted for a different ethical framework — the idea that actions should be taken to benefit the next seven generations.

“This is one baby step in a bigger process that the trustees have committed to to really look at how we can make a difference,” she said. “The fee structure is one that I think, frankly, overcomplicates a lot of things.”

Bohmfalk saw some fee as essential to the mission.

“I don’t care where the fee goes, but I think there has to be some disincentive or we’re just going to have stacks of paper bags instead of plastic,” he said.

Regardless, the majority of trustees weren’t inclined to proceed without further community feedback and, potentially, formal consulting.

In other actions, trustees…

Agreed to discuss a potential change to the current limit of three rabbits per household.

Declined to weigh in on potential changes to the National Environmental Policy Act.