How to get along with our local wildlife 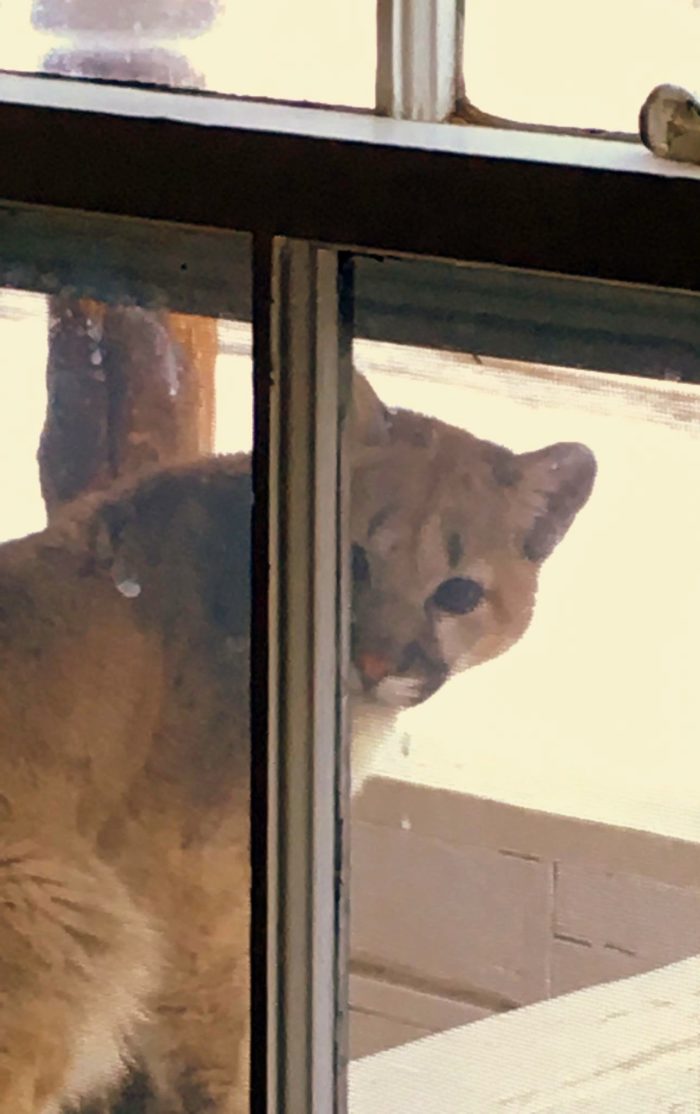 As the Roaring Fork Valley population grows, so do human interactions with native wildlife.

“Over the last decade the number of these interactions has increased dramatically,” he stressed, “If you come here, you should know how to responsibly recreate with wildlife around.”

With the long Labor Day Weekend holiday fast approaching, Porras cautions people to be extra vigilant, especially around bears. He noted that responding to the change in seasons, bears are in “hyperphagia,” as they bulk up for hibernation. “They can eat up to 20,000 calories per day for 20 hours per day.”

Bears are not the only animals people should be wary of; mountain lions, elk, moose, foxes, coyotes and deer are out and about. Any of these can become aggressive if they feel sufficiently threatened. CPW emphasizes “Most dangerous and potentially harmful encounters occur because people fail to leave the animals alone.”

This summer, the Carbondale Police Department has recorded three mountain lion sightings and 16 reports of bears rummaging around residences. Aspen has been the site of three bear attacks this summer, the latest one near a restaurant late one evening in August. When attacks happen, the wild animal is usually tracked down and killed.

At home or at a business, keep first floor windows and doors locked. Replace door handles with round knobs. Only place trash in a bear-proof container. Keep pets and young children inside at night.

Be cautious around wildlife

When people think about dangerous wildlife, often their first thought is mountain lions and bears. While they are dangerous predators, other species can be equally frightening.

Moose, according to CPW, “Weigh up to 1,000 pounds and tower six feet high at the shoulder, making them Colorado’s largest wild mammal. These massive animals are relatively unafraid of people and can pose an enormous risk to public safety.

Each year, more people are attacked by moose than by any other species of wildlife, and moose are one of the most unpredictable and dangerous animals in our state.”

You can’t outrun a moose, which moves at up to 35 miles per hour. Pay attention for any signs of aggression, such as licking their snout, pinning their ears back or raising the hackles along their spine or shoulder hump.

Mountain lions should always be avoided.  While hiking, first look around and make noise. Go with a friend and be especially careful with young children. Where a large deer population thrives, mountain lions often follow.

The black bear is the most common species of bear in Colorado. They usually only eat roots, berries, nuts and insects but will eat anything available, like human food and garbage. Grizzlies are not usually found in the state, but are known to be quite aggressive, so stay away if you think you see one.

Coyotes, while generally reclusive, are most dangerous when their pups are around. Also, a coyote could see your pet or young child as prey. Be aware, coyotes usually hunt in packs. Elk and deer can also be dangerous during rutting season, or when their young are around.

It may seem like fun to feed, pet, or try to get close to take a photo of wildlife. Feeding large game animals — including salt licks, feed and hay bales — is not only detrimental to the animals but is illegal in Colorado.

During extremely harsh winters, DPW may implement emergency feeding when substantial numbers of animals are threatened. Animals do much better on native vegetation. Non-natural food may disrupt the health of an animal.

People hiking or camping may see a very young animal alone. Young calves and fawns are left alone by their mothers for short periods of time. If it seems healthy, it’s being fed. If it appears sick, contact a local CPW office. CPW cautions against approaching or touching young animals. Unfortunately, many people believe that the babies have been abandoned and take them. Too often, the young animal doesn’t survive.

If you feed deer regularly, mountain lions and bears may decide where you are is a good place to find food.

Should you encounter a wild animal…

Whether you’re at home or out on the trail, CPW has specific recommendations for safety around wildlife.

Stay alert on the trail, make noise and keep your dog leashed. Wildlife officials recommend carrying a bear spray deterrent. Avoid berry patches. Double bag your food and take all refuse with you. Keep a safe distance and never approach an adult bear or cub.

If a bear confronts you, stand still and stay calm. Back away if you can and raise your arms, anything to make yourself look larger. Don’t play dead. Don’t crouch down. You can throw sticks or rocks and use bear spray when the animal is 40 feet away. Fight back with whatever you have including hiking poles, pen knives and even your bare hands.

When camping, keep all food in bear-resistant containers or at least 10 feet above the ground. Don’t bury refuse. Don’t bring food or anything with an odor into a tent.

Here again, stay still and don’t turn around and run. You will then look more like prey. Keep your eyes on the lion. Yell loudly or throw rocks. If you have a bicycle or a coat, raise either above your head to make you appear bigger.

Pick up young children and try to keep them quiet.

Again, if attacked, fight back as aggressively as you can.

Never approach a moose; keep a safe distance. The need for precautions around moose is fairly new to Colorado. Until about 20 years ago, people rarely saw moose, but now they number nearly 3000 statewide.

While normally not aggressive, any wild animal can feel threatened or agitated. Encounters with wild animals are rare, but they do happen.