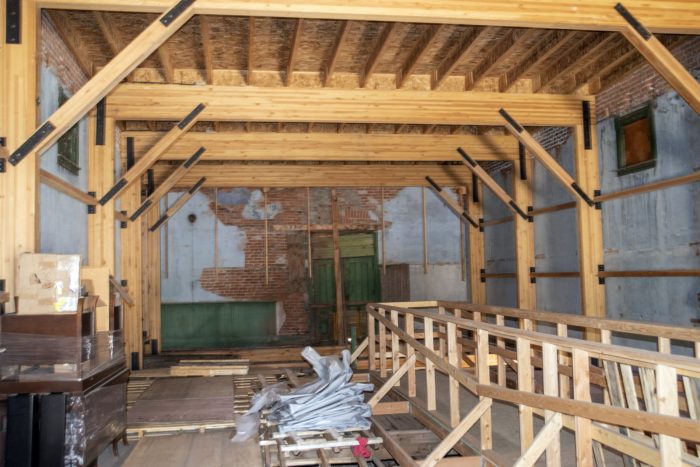 A steering committee met last spring and will meet again on Sept. 26 to discuss possible scenarios for the Emma townsite historic buildings, just a few feet from Highway 82 between Basalt and Willits.

The committee was formed as part of the Emma Open Space Management plan which was adopted by the Pitkin County Open Space and Trails Board on June 22. According to the plan, numerous possibilities for the brick buildings were suggested during the comment period, including local heritage museum, visitor’s center, heritage craft center, live/work space for artists, restaurant, farmer’s market, local food processing center, and brewery.

A change in flavor would be nothing new to the historic buildings, which have seen a series of owners and fulfilled several purposes since their original construction in the early 1880s. At the time, Basalt and Carbondale were not even towns notable enough to be marked on a map. Emma, however, became a relatively thriving epicenter based on its useful geography and fertile landscape. The stagecoach ran through Emma and teams of horses were changed out there. When the Denver and Rio Grande Railroad came in 1887, the commerce and social activity really took off in the mid-Roaring Fork Valley hub.

Charles Mather was an entrepreneur from the East Coast who travelled west in 1888. He set up shop in what was then a log store building, though he eventually reconstructed it from brick. Mather’s tale is a classic American success story, beginning in debt with a clear vision and ending with a profitable sale and retirement back East.

“I opened the store with a cash capital of $150 and borrowed at that,” Mather wrote years later. “Having a large territory to draw from, some of my customers came 21 miles to get their goods. I naturally had an opportunity to expand and by practicing rigid economy, gradually was able to get ahead.”

Mather sold out for $9,700 (about a quarter million dollars in today’s money) around 1900, and Harry Pinger took over the property. A smattering of graffiti appears on the walls inside the larger of the buildings, some of it clearly dated to the early years of the new century. A succession of proprietors ran the store, but it seemed to be a shell of its former glory. Eventually, the buildings became vacant. One local wrote in 1943, “For you see since Charley Mather left Emma that business has never prospered … As far as I know the brick buildings Charley erected have stood empty, except for an occasional dance or farmers meeting, for some twenty years.”

Though the buildings have been used for storage since then, they fell into disrepair. The property belonged to Owen Minnie, a character in his own right, at the time Pitkin County was considering acquiring the parcel.

According to Dale Will, Acquisition and Special Projects Director for the county, Minnie was upset that he couldn’t get approval to redevelop the old buildings into apartments or condos. When he put up a “bricks for sale” sign in front of the structures and planned to bulldoze them, the county, with help from the Town of Basalt, purchased the buildings and the 12.5 acres they sit on, including a half-mile stretch of river bank and wetlands, for $2,650,000.

Open Space and Trails was able to have the buildings listed as a “most endangered place” and received a grant by the state historical fund to stabilize the structures. Engineers were hired to design a system of putting posts just inside the walls that would carry the beams to re-establish the collapsed roof, and then tie that structure into the tops of the walls. The top four or five feet of the walls are reconstructed brick matched painstakingly to the original color of the mortar.

“We kind of saved the day for the buildings,” said Will. “Structurally they are solid; they can sit there for 50 years if we need them.”

Conceivably, the steering committee will find a more pleasing fate for them. Inside, the structures are dark, dusty, and feel hollowed out. But with a modern makeover, they could return or even surpass their former glory. “Everyone’s wondering what should we do with these buildings. That’s why we embarked on the steering committee,” said Will. “To me, success would be looking back in ten years and seeing some thriving community activity that’s enhancing the quality of life in the valley going on there.”