The Hause cause always flows back to the river 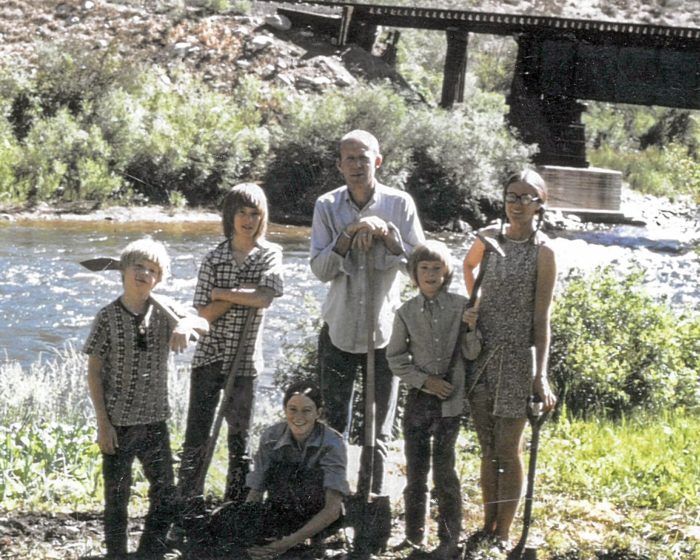 In creating a legacy for his brother Kea, Ian Hause built one for himself as well.

“He unexpectedly passed away, so we took his vision, his passion, his knowledge, his being and brought that to the river,” he explained of the River, Riparian and Restoration (R3) Fund set up through Aspen Valley Land Trust.

The interview was part of a video for the fund’s first project — restoration of “The Point” at the confluence of the Crystal and Roaring Fork Rivers. The film screened for the first time on July 20 — the day before Ian himself passed away unexpectedly.

“There’s some real irony and beauty in it. It’s haunting to me that he never got to see the final product,” AVLT’s Matt Annabel acknowledged. “We had a whole plan of how to roll it out that doesn’t seem quite right now.”

It will, however, play at his service from 4 to 7 p.m. Oct. 18 at the Gianinetti Spring Creek Ranch just outside of Carbondale. A lot will likely be said about Ian’s involvement with local business and government, but in his mother Adele’s estimation, he had just as much attachment to the rivers as his brother did.

“We have lived on rivers a lot, and I just think they were sacred to both boys,” she said.  “He felt that people could take care of the resources. He wasn’t anti-growth.”

He spent his last day fishing while getting treatment at The Recovery Village near Palmer Lake, according to Adele.

“When he was on his game, he was really good at what he did. He just thrived thanks to the strong recovery community,” she said. “He was expecting to come home and couldn’t wait to get to work on this project. I just know he was pretty sick. Something gave out.”

The project in question came about in 2017, when AVLT noticed a lot of “umbrellaed” bushes on its own easement between Colorado Rocky Mountain School and the area the Nieslanik family leases to run their bulls. It turned out that the cattle were having difficulty accessing water in the winter, and were tromping through riparian areas to get it.

That’s where CRMS came in.

“Immediately, this presented itself as an opportunity for the kids to engage in real-world work and find an answer,” science teacher Robin Colt explained.

That meant writing grant proposals for watering stations, a new well and a new pump to fill them. Then there was the matter of fencing to discourage the cattle from returning to the river and restoration planting to return the riparian zone to some semblance of nature. It was a major undertaking that went well beyond extra credit for those that participated, like Willa Schendler.

“It taught me not how to be boxed in by what I can think I can do and just go for it,” she said. “That’s how real change happens.”

Annabel sees the potential for several more classes to get involved in putting the finishing touches on the project.

And the Kea and Ian Hause R3 Fund has plenty more to tackle.

“It’s focused very simply on promoting the health and restoration of the Roaring Fork and Crystal Rivers, and there’s a lot of opportunity for that,” he said. “It takes a lot of effort by a lot of different groups to protect the way of life everybody enjoys here and maybe came here for, and it takes support from the community to continue doing that.”

AVLT is already working with the Town on improvements to Riverfront Park and the Weaver Ditch headgate, and the fund may help with that process. Each small effort will remind Annabel of Ian’s insight that cap the video.

“In my life on the Crystal River, in this Valley, there’s a lot of little bits,” his narration concludes. “And most of those little bits were affected by other people doing a little bit. It’s the drop in the pond. It’s the ripple effect.”