The silent trauma of immigration 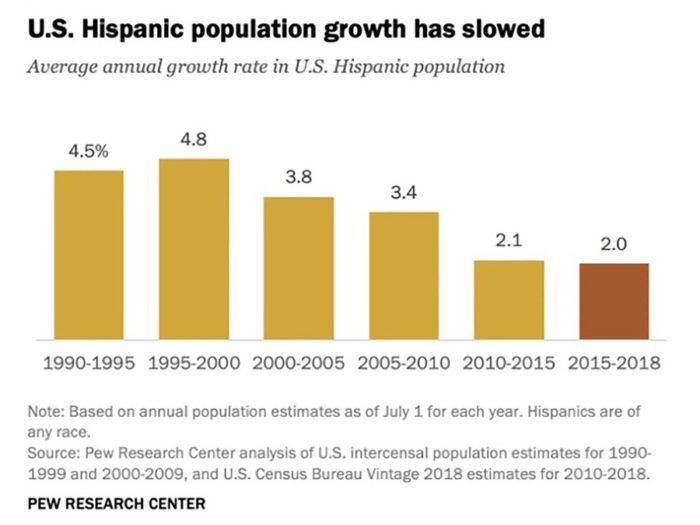 The formula for immigrant trauma is a complex one. It begins with cultural norms not to speak about your troubles to anyone. Add fears around documentation status and potential retribution by federal and local immigration and law enforcement authorities and you end up with a problem few will talk about and for which even fewer will seek help.

The pain is real, and it runs deep, especially for those who come to the United States seeking asylum from systems of community or family violence, or adverse economic conditions, including inadequate access to nutrition, shelter, education, and healthcare. According to the World Bank, 42 percent of Mexico’s total population lives below the national poverty line.

Some immigrants, particularly those from the countries of El Salvador, Honduras, and Guatemala, are fleeing violence at the hands of gangs (maras). Gang members exert control over communities and participate in murders, kidnappings, and sex, drugs, and arms trafficking.

Delfina Huergo, a Licensed Professional Counselor based in Basalt, describes a common extortion scenario perpetrated by the mara: “If they know you have family members in the U.S., they have you pay for something that they call ‘rent.’ So every month, they need to pay the gangs so that they’re not killed.”

Once in the United States, immigrant women are more vulnerable to being exploited into sex trafficking, either because of financial needs or threats of being turned in to immigration authorities. The Women Against Violence Act (WAVA) provides the option of a self-petitioning visa for spouses or intimate partners, and certain parents and children of U.S. citizens and permanent residents.

Txell Pedragosa, program director at the Aspen-based nonprofit RESPONSE, works with domestic and sexual abuse survivors. She said their staff “will (if they would like to report their crime, or they would want to seek immigration services) further pursue a VAWA visa. We can go with them, make appointments with them and further support them in the journey.”

Craig Farnum is a school-based clinician with the Aspen HOPE Center, working with the Basalt High School’s mental health services team. Farnum works with the Newcomer Group, which began in 2015 to address the specific challenges experienced by immigrant students, many of whom came to this country as unaccompanied minors.

Some students come here intending to work and earn money to send back to their families in their home country. Farnum explains, “they get here, and we require them to be in school, so there’s an immediate conflict between their purpose here and our intentions of them being here.”

Farnum says that even if the student gets through high school, graduation can be a potentially traumatic event. He says, “All of a sudden, they realize, ‘oh, my gosh, all that work I put in and I can’t get any federal financial aid. I can’t fill out any of these forms for college.’ That can be traumatic and the lack of opportunities that they came here for. They didn’t really understand or know the depth of what it means to not have a Social Security number.”

Advocate Safehouse, a Glenwood Springs-based nonprofit, provides bilingual and culturally sensitive services and support to survivors of domestic violence and sexual assault in Garfield County, through safe housing and education.

Estefania Acosta first came from Mexico with her mother and father at the age of five to live with her grandmother in the Roaring Fork Valley. They came here without documents and returned to Mexico a couple of years later. Acosta said, throughout her childhood, she would go back and forth from Mexico to Colorado.

Eventually, Acosta, the oldest child, would be crossing the border with her siblings. She recalls, “We were all in a car and we were going across the border with a family. I remember my pretend parents and they were like, ‘Your name is Hilda.’ It was so weird to hear them say that and they had their own kid in the car, and it was ‘Hilda’s’ brother. He would call me Hilda for everything. I remember feeling just so weird, you know, that’s not my name.”

She said she did not worry about having to remember those names, as immigration officials never asked children questions.

Acosta is now documented and works as a bilingual advocate at the Advocate Safehouse Project. She says of recent events in this country, “the mass shooting in El Paso just brought so much anxiety to me, because this person targeted Mexican immigrants.”

Safehouse Community Education Advocate Sarah Buckley says the immigrant population they see is a combination of people leaving their home country due to fleeing intimate partner violence and/or family generational systems of sexual violence. She said they flee “in order to protect their kids from what happened to them.”

Buckley talks about the different responses to trauma and the body’s built-in system designed to protect us from a threat or danger. There are four basic defensive responses: fight (anger), flight (anxiety), freeze (disassociation), and fold (helplessness). Buckley says in their work with immigrants they see that fold response to trauma.

The fold response is the reaction of giving into somebody due to their level of power, or because you need something from them. Buckley explains that “You need the help from the coyotes to get through this journey. They have the food and the water; they know the path; if they wanted to leave you out in the middle of nowhere or if they wanted to expose you to cartels, or whatever the case may be.”

Buckley says coyotes may use threats, such as, “You know, ‘if you keep on this journey to cross the border, you’re gonna need to do x, y, and z.’ That’s one that is definitely prevalent as far as the psychophysiological response to trauma, and a lot of times gets left out but is very much prevalent.”

Advocate Safehouse Project’s services are free and confidential for survivors of domestic violence and sexual assault and their children, regardless of documentation status. You can contact them at 945-2632 or office@advocatesafehouse.org.