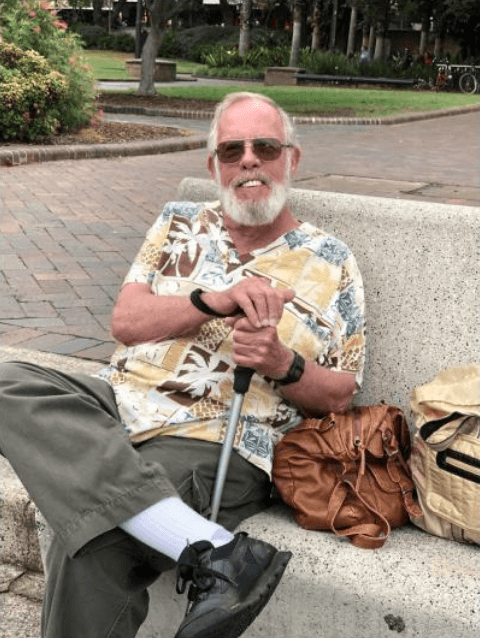 It is with sorrowful hearts that we announce the passing of Stuart Randall “Randy” Vanderhurst Jr. on September 7th, 2019, at St. Anthony’s Hospital in Lakewood, Colorado.  He was diagnosed with “nasty” pneumonia and a “bad malignancy.” Although he gave it a helluva fight, he died surrounded by his family.

Randy was born in San Francisco on February 20th, 1940, and grew up loving life in the Bay Area.  He graduated from Carlmont H.S. in San Carlos in 1957. His post -high-school endeavors included junior colleges and completing his education at the University of California Davis, where he earned his Doctor of Veterinary Medicine degree.

In 1962, he met Charlotte Anne Lund.  Realizing they were better together, they got married on June 20th, 1964.  The following year, he graduated from veterinary school and went into practice in Northern California.  He continued practicing until he was drafted during the Vietnam War, where he served as a captain in the U.S. Army.  Randy was stationed at Walter Reed Army Hospital in Washington, D.C. He received the Army Commendation Medal for developing the Army’s formal veterinary technician program.  Randy’s teaching career continued at State University of New York Delhi where he helped establish the first ever Veterinary Technology Program in the country.

In 1973, the Vanderhurst family moved to Carbondale. Randy was excited to become the Director of the Veterinary Technology Program at Colorado Mountain College.  He infused his teaching with innovation, humor, and creativity for hundreds of students. The program was so successful and was one of the top programs in the country for many years.  From ferrets and foxes to llamas and lions to peacocks and pug dogs, Dr. Van treated them all.

Randy was a lifelong learner.  In 1983, he and his family lived in New Zealand for a year, while he attended Massey University and was awarded a Diploma in Veterinary Clinical Science. He read thousands of books, studied the Civil War, loved photography, learned Spanish, took several writing workshops, played the guitar and harmonica, and studied all the countries he visited.

After retirement, Randy shifted gears.  He had a fun time tending bar at the Black Nugget, was a proud City Councilman and eventually became the Mayor of Carbondale.  He loved being a veterinarian and continued this passion by owning and operating a mobile veterinary clinic. He helped launch Senior Matters in 2006, and during the last eight years, Randy was an animated storyteller with Spellbinders for the elementary schools in Carbondale.

With all of his educational and professional accomplishments, Randy’s proudest was his 55-year marriage to Charlotte.

He was preceded in death by his father Stuart, his mother Jackie, and his brother Russ.

Randy is survived by his wife Charlotte, his daughter Dana and grandsons Connor and Trevor, his son Randall and daughter-in-law Denise, his brother Perry (wife Debbie), and his sisters-in-law Lori Vanderhurst and Sandy Lund.

A gathering to honor the life of this fun, witty, intelligent, renaissance man will take place at The Orchard in Carbondale on Saturday, September 21st at 1:00 p.m.  Randy, an all around good guy, had a big life and will be truly missed.