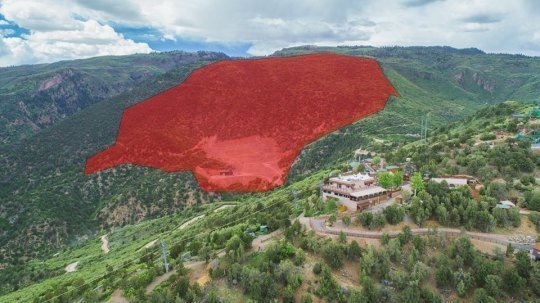 It was a jam-packed agenda on Sept. 24, but even so the trustees got to go home early.

The action kicked off with the speedy approval of a liquor license transfer for Patina Bar and Grill, which is taking over the space formerly occupied by The Pig.

That was swiftly followed by a request from the Glenwood Springs City Council for the Carbondale Board to join in opposition to the proposed expansion of the Rocky Mountain Resources limestone quarry near Transfer Trail — a step Rifle, Silt and Snowmass Village have already taken.

“It is a huge expansion, and we’re looking at a lot of impacts to Glenwood Springs,” Mayor Pro Tem Shelley Kaup said. “While we’re just a small city, together in the Roaring Fork Valley, we can have a strong voice.”

It wasn’t a hard sell, and trustees backed the motion unanimously.

Said Mayor Dan Richardson, “while I think it’s clearly a local issue for Glenwood, it has much broader implications.”

Similarly straightforward was a proposal to establish the second Monday of October (otherwise known as Columbus Day) as Indigenous Peoples Day, a step numerous other jurisdictions have already made. The move was championed by Rita Marsh and John Hoffmann.

“I think that just saying we appreciate their efforts for the past 15,000 years or so handing over a pristine environment,” Hoffmann said.

Both Richardson and Trustee Lani Kitching had minor edits to the wording, but they were resolved in time for the proclamation to be read the same night.

Most of the crowd cleared out as the discussion moved into water tap agreements with the Four Bar Ranch — which also proved remarkably open and shut for such a longstanding issue.

“This is not an expansion of our service beyond what we’ve been doing since the 1960s,” explained Public Works Director Kevin Schorzman. “It just memorializes arrangements that have been made over those years but never really written down.”

The issue of whether to buy out the power purchase agreement for one of the Third Street Center’s solar arrays also attracted minimal public attention, but tied straight in to the longest agenda item: the budget.

While Finance Director Renee Gustine won’t present a draft to trustees until the next meeting, there were some decisions to be made on what kind of growth to expect next year. The 2019 budget, for instance, was based on a projected 3 percent increase in revenues, which has actually turned out to be closer to 4 or 5 percent.

“Every year we’ve forecasted really conservatively, revenues have come in higher, and we haven’t dipped into reserves as much as we thought,” Bohmfalk recounted.

The Board seemed keen to keep it that way, being far more comfortable with more revenue than expected rather than less. But with plenty of uncertainty in the market, that’s a fine line to walk.

“As you know, many of the financial institutions are expecting something of a downturn next year,” Gustine noted. “I think probably the 1.75 is a very sound number, possible 2 percent might be better.”

The biggest potential for positive growth is in increased taxation of internet sales at point of delivery. Right now, it’s optional, but as states eye laws to require it, many retailers may opt to stay ahead of the curve. While some municipalities believe they’ve already seen that increase and that it won’t reoccur, Trustee Marty Silverstein, who works for the postal service, suspected the real impact wouldn’t be apparent until December.

“I think it’s really going to be interesting to see what the actual numbers are year-over-year as we get into that holiday shopping period,” he said.

There’s also the matter of the new grocery store building, which is slated to open sometime next fall. Due to the uncertain timeline, Town Manager Jay Harrington described the budget as “City Market neutral.”

The board seemed willing to bank on at least a 1 or 2 percent increase, with Heather Henry pointing out that even if another recession does hit, it may be a while before the effects begin to trickle down to Carbondale.