Our Town: Anna Ramirez, a fixture at the Carbondale PD 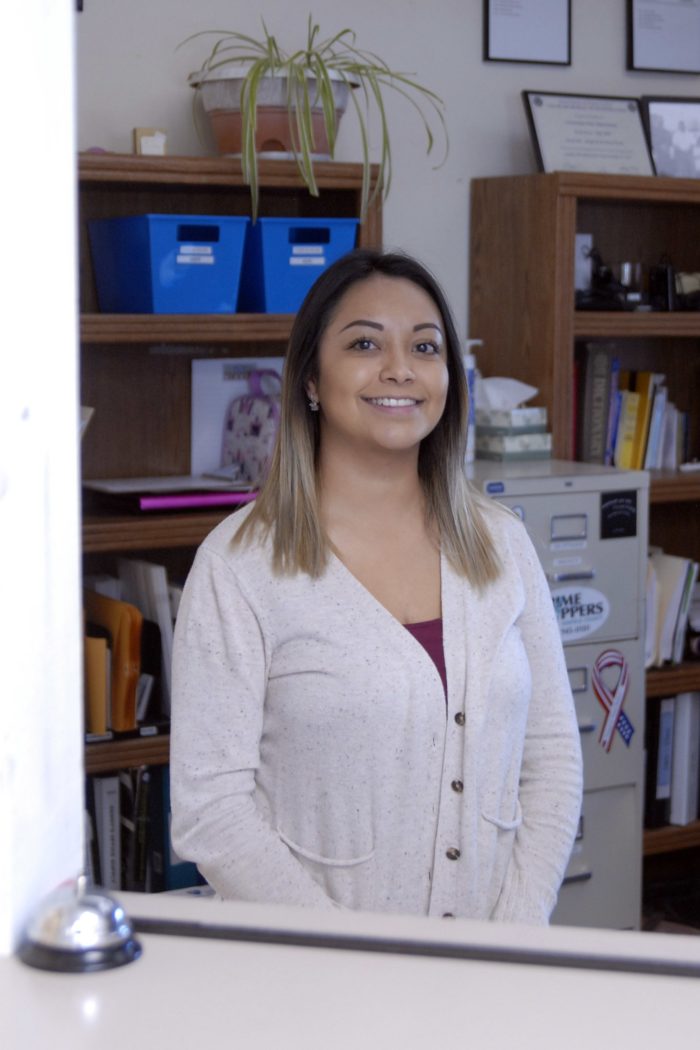 he Sopris Sun is conducting a series of interviews with folks you may not have seen in the paper before — a sort of introduction to your neighbors. This week we sat down with Anna Ramirez, a native of the town and a graduate of the local schools who, at 25 is a working mom with shared custody of her two sons, and who has been at the Carbondale Police Department for several years in different roles.

Q: If someone recognizes you on the street, where is it that they typically have seen you?

A: Usually, two places: either they know my family, or from the police department (where) I’m the executive assistant to the chief of police and records manager.

Q: So, you’re Gene Schilling’s right-hand gal, so to speak?

A: Yes (laughs) you could say that.

Q: How did you come to be in the Roaring Fork Valley?

A: I was born in Glenwood and was raised here in Carbondale.

Q: Describe for us your family, your heritage.

A: I have two sisters, an older sister and a younger sister, they’re both here. My older sister has two boys about the same age as my boys, so they hang out. And my parents are here, they’ve been here for a very long time, they immigrated here from Chihuahua, Mexico. We had family here already, so my dad decided to come here. I have two boys, one two year old and one five years. I have them every other weekend (sharing custody with their father).

Q: What was it like growing up here for you?

A: I’ve seen lots of changes in the community, with the students, and also environmental and other changes that have happened in the town, and it’s very interesting how everything is evolving every year; seeing it first hand.

Q: Have it been a positive or negative evolution, or neutral, in your view?

A: It’s neutral, just watching everything going on.

Q: What have you been doing for work?

A: I was a bank teller, and before that I was in retail — and I had one other job, the chief helped me get it, doing compliance (enforcement, concerning tobacco and alcohol regulations) for the state, before coming here (to the Police Department.) I did not go to college, I graduated from Roaring Fork High School and went straight into working, I got married.

Q: And when did you come to the Police Department?

A: I was hired as a research technician, at the end of 2013, and then later on I was promoted to the executive assistant.

Q: Is there a question or statement that you encounter frequently, and that you’re sick of hearing?

A: That I’m racist (as contended by people of Hispanic origin, who encounter her at work), that I’m on the police side of things, not theirs. It doesn’t happen often.

Q: And how do you handle that?

A: I don’t say anything, it’s their opinion, and they’re entitled to have it. But back to things I hear some times, the one that I get the most, it’s not annoying but it’s like, I’ve heard that before — and it’s that my sister and I look just alike, like twins. I get that a lot, people get us confused a lot. She’s six years older then me, I guess I look older than I am, and she looks younger than she is (laughing).

Q: How do you spend whatever free time you might have?

A: With my kids, mostly. I do have some kid-free time. What do I do? I usually run errands when I don’t have the kids, some self-care time, I get my nails done, my hair done (laughing), and once in a while I’ll go out with friends. Outdoor kind of stuff, I’ll go on walks, swimming, mostly with my boys. I usually try to get the boys out somewhere, I have them every other weekend, so I’ll try to plan something for them, go somewhere, take them to an event somewhere.

Q: Who has been the biggest influence on your life?

A: I would say my mom, and the chief.

Q: Police Chief Gene Schilling? How is that?

A:He was my (school) bus driver when I was in school (a job that Schilling still performs), and he has always always pushed me to do more, and supported me, and he’s always given me great advice.

Q: What has been the most satisfying thing in your life so far?

A: Having my kids. They grounded me. I do everything for them.