Be an outlaw for the evening 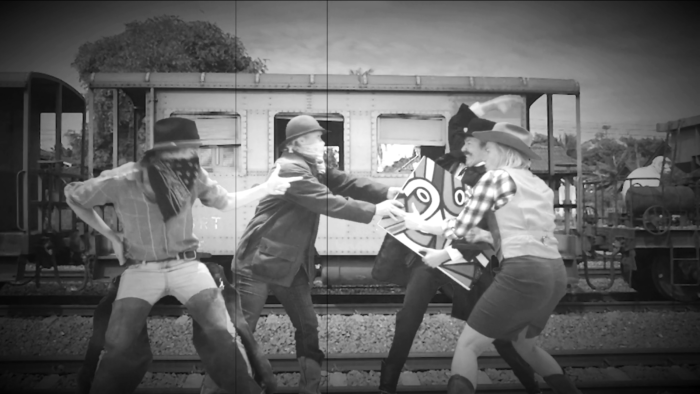 Here’s the deal, and there will be a lot of deals. Participants will have a chance to steal great artwork right off the walls of the R2 Gallery. But, you can’t trust your fellow thieves. They can steal the loot right back from you.

Tickets start at $40 — get ‘em and more info at launchpadcarbondale.com/artheist.

Dress as if you were attending an old west gala, come in cocktail attire or wear straight wild west if that’s what you fancy.

This fundraiser was last held in 2017, but there’s a new twist this year. Instead of thieves sneaking into a museum, you’ll go back in time to the Wild Wild West with train robberies, cowboys and the Pinkerton Detective Agency. Guests are secretly admitted into the gallery to steal the artwork (donated by artists and art collectors) hanging there.

In addition to the heist, guests can enjoy cocktails by Woody Creek Distillers, hors d’oeuvres by Slow Groovin’ BBQ, live entertainment, dinner, and after-party at The Way Home on Main St.

Along that stretch of tracks, a highly dangerous and notorious gang of highwaymen and bandits attacked the train and attempted to heist the art collection. Due to the bravery and gallantry of Pinkerton’s men and women, the collection was saved, and five of the thieves were captured.

Regrettably, two bandits escaped: the gang’s leader, Laura “Lefty” Hickock, named for her fearsome left-handed sharp shooting and Curly “Snake Eye” Cletus, the meanest, no-good outlaw in the West known for his cunning and double-crossing in all manner of dubious activities.

Everyone agreed it was unwise to transport the collection further, as it was too valuable to risk another attempted robbery. Instead, the auction will be held Sunday, Oct. 13, 1901, in the small rail-line town of Carbondale.

The art will be heavily guarded by Pinkerton’s top agents including Chief Detective Virgil “Wildcat” McGraw and Deputy Ranger Clarabelle “Hot Lips” Jackson, leading up to and throughout the entirety of the event. As always, the Pinkertons will not sleep until they apprehend Lefty and Snake Eye.

The event will kickoff at 4 p.m. with a gallery champagne preview for the outlaws followed by the 4:30 p.m. to 7:30 p.m. party with cocktails, appetizers, Art Heist and entertainment. The after party at The Way Home will include dinner, live music and blackjack, the card game where players compete against the dealer, not each other.