‘I want people to see what a library can be’ 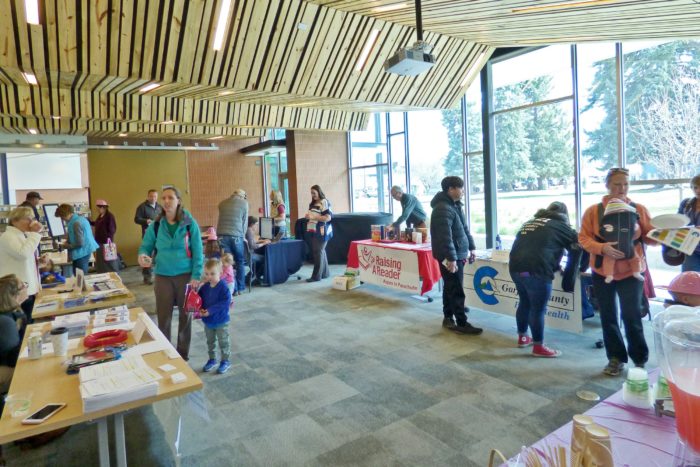 For the second time in as many years, the Garfield County Public Library District is on the November ballot.

Last year’s ballot question 6A asked that the district be allowed to keep all of the revenue it received from sales taxes, which would include the money above the mandatory limit set by the state’s Taxpayer Bill of Rights (TABOR) law. Supporters of the measure emphasized that 6A was not a tax increase, and it passed by a large margin, allowing the library district to purchase more books and other materials.

This year, the library district has placed another county-wide question on the ballot (also called 6A), in which it is asking for a new 1.5 mill levy on property tax bills to go along with one already in place.

Last year’s measure provided a small amount of additional funding, but it did not address a number of larger issues that have been looming for the district. For several years dropping tax revenues have resulted in libraries having to reduce hours (including closing on Sundays), lay off staff, provide fewer educational opportunities for the community and curtail or eliminate other services.

Since 2006, when the library district was created, much of its overall funding has come from a voter-approved 1 mill property tax levy. That money was designated for constructing new facilities or expanding existing ones, maintaining those facilities and servicing the incurred debt. However, other components of the district’s budget – such as facilities operations and acquisitions – continued to depend on sales-tax income, as it long had. As the district’s finance manager Kevin Hettler put it, “Operating revenues were susceptible to all market changes, both local and national.”

And tax revenues have been declining for about a decade, notably because of a slowdown in oil and gas production. Hettler noted that the district’s overall budget shrank by about $1.9 million between 2009 and 2019.

If Ballot Initiative 6A is approved by voters on Nov. 5, it would give the library district a more reliable revenue source than currently exists. For fiscal year 2020, it is projected to provide an additional $4 million, which would be an increase of nearly 75 percent over estimates for the budget without the mill increase. The additional levy would add $10.80 for every $100,000 of assessed residential property value and $43.50 per $100,000 for assessed commercial property value.

The “2019 Tabor Notice” sent out to registered voters recently by the Garfield County clerk provides details on Ballot Issue 6A, including requirements for “an independent annual audit of expenditures.” Also included are summaries of more than 20 written comments sent to the clerk favoring 6A. No comments were submitted opposing the proposal.

How will that affect the Carbondale library, one of the system’s six branches? “The biggest thing people will see,” according to Lacy Dunlavy, the Carbondale branch manager, “is a restoration of hours – we’ll be open earlier and later,” and more on weekends. The branch will have the funds to buy more materials, such as multiple copies of books on teachers’ required reading lists. The library will also be able to retain more staff and offer competitive salaries. “People who work in Carbondale should be able to live here,” she observed.

One area that Dunlavy is especially keen on is updating technology. She noted that patrons regularly come to the branch to use its WIFI, computers, printer and copier facilities. “A lot of people don’t have access” to these tools at home and come in from Redstone, Marble or other locales to use them. “This is not a ‘traditional’ use of a library,” she notes, “But there really is no other place in Carbondale that has all of these resources available.”

Another nontraditional service offered by the Carbondale branch is providing a place schoolkids can gather on early dismissal days. As many as 80 or 90 children take advantage of the program, and many apply for and participate in a free meal program that is offered.

Other improvements to services that will be realized if 6A is approved include making literacy and homework-help programs more available for children and teens, offering more classes and events for seniors and providing more training programs for veterans and other job seekers. As Dunlavy puts it, “I want people to see what a library can be!”