Trustees stray off beaten path into the weeds 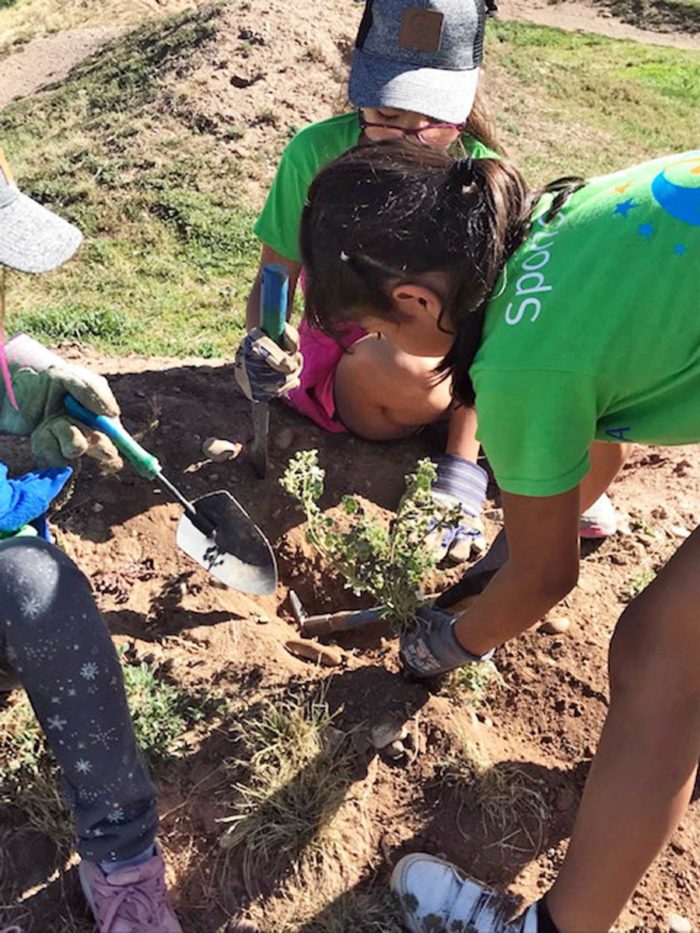 Carbondale’s new integrated weed management plan is getting attention at the county level and beyond.

Sarah LaRose of Garfield County Vegetation Management made the trip to praise the policy as the Board of Trustees prepared to adopt it on Oct. 22.

“We’re really looking forward to seeing what the Town of Carbondale is able to do with this plan,” LaRose said. “We are looking to make some strides in the future and adapt with our County residents as well.”

The plan stands out by making extra effort to avoid the use of herbicides and pesticides, instead investigating all manner of alternatives. In Parks and Recreation Director Eric Brendlinger’s estimation, it’s a big step up from its predecessor.

“It was so generic that it actually didn’t help us with some of our non-turf type parks,” he explained, citing North Face Bike Park, which features irrigation on bare dirt, as an example. Each piece of municipal property might require a different approach, Brendlinger added, and the new plan provides a wide range of tools for that purpose, from steam to orange oil.

“We literally just went out and started experimenting,” he said. “What I’m really excited about for our staff is opening up every option in the book.”

The program does leave the Town the option of using non-natural herbicides against a serious infestation if all other techniques are exhausted, albeit with public notice. It also doesn’t extend to private land, although Town Manager Jay Harrington indicated that he has received some inquiries about a ballot initiative to that purpose.

In any case, Gwen Garcelon of the Weed Task Force had hopes that the approach would both reflect the community’s approach and enhance it.

“What the citizenry has always wanted is something that keeps chemicals out of our parks,” she said. “We hope that the spirit of this will drift into our private land use. All of this good thinking exists for everyone to access.”

The motion was approved unanimously — less Mayor Dan Richardson and with Marty Silverstein filling in as pro tem. The plan is available for public perusal at carbondalegov.org and will be the subject of further outreach in advance of the next growing season.

The Crystal Acres Planned Unit Development, which initially looked to be the night’s big topic of conversation, proved both less and more controversial than expected.

The neighborhood, on the west end of town north of Hendricks Ranch, is in the midst of a dispute over private trail access to the Crystal River. Although public access such as Staircase Park would not be affected, the Town has become involved through a set of Planning and Zoning meetings. But by the time the issue came before trustees, the land use application had been subject to several revisions which,  in staff estimation, rendered it unsuitable for a public hearing.

Instead, Planner John Leybourne offered two paths: send the amended application back to P&Z and kick off a new public noticing period or suggest that the issue be handled within the covenants of the PUD rather than at the Town level.

Either would still require a majority of affected landowners to sign on, and while numerous neighbors were apparently involved in the revision process, there was still a sizable crowd waiting to participate in a public hearing which they were disappointed to see canceled.

In Trustee Ben Bohmfalk’s estimation, it came down to a question of process.

“It should be clear that a majority of the PUD supports this, and that’s really unclear so far,” he said.

As such, he and the rest of the board opted to send the issue back to P&Z.

Most of the rest of the meeting was devoted to reviewing parts of the budget, with special emphasis on capital projects and administration.

Trustees also opted to revisit the question of continuing to contribute to CoVenture’s business incubation and public event programming. The organization had come under criticism earlier in the night by Summer Scott, who used his off-agenda time to point out some perceived problems with the “conscious capitalism” — a philosophy CoVenture draws from but doesn’t subscribed to wholeheartedly. Operations Director Evan Zislis later offered to address any such concerns.

In general, the trustees seemed in favor of continued support — albeit with plenty of transparency and oversight.

Said Trustee Heather Henry, “I think how much of that money stays in Carbondale is the most important part… We need you to draw that direct line as possible.”