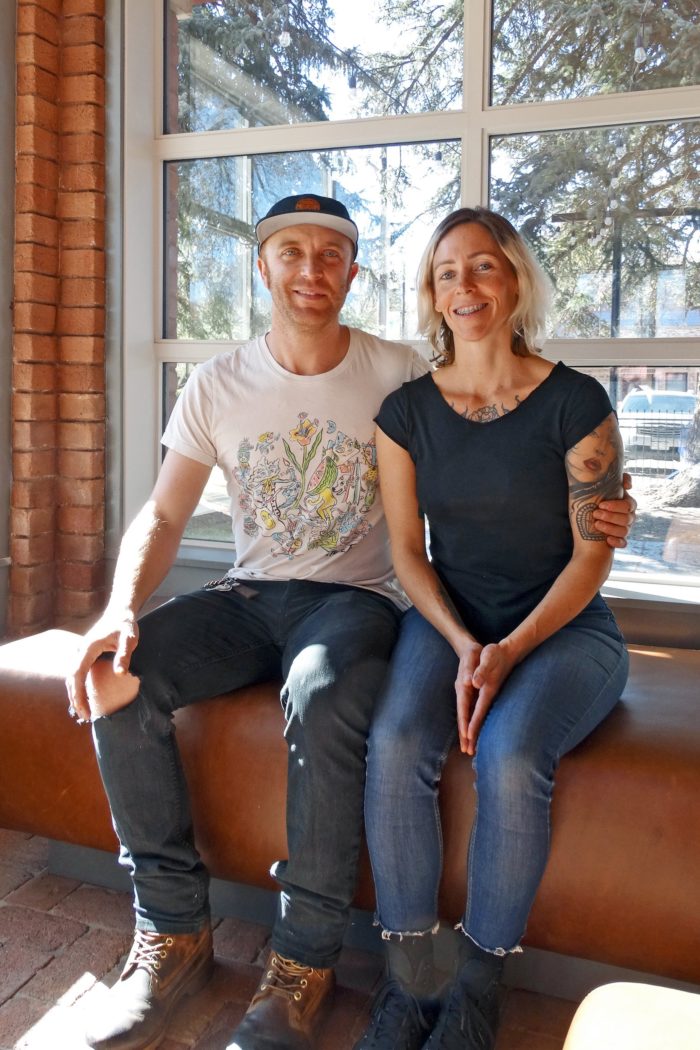 Nationally-syndicated columnist Sheila Graham once said, “Food is the most primitive form of comfort.”

Aaron Rogers and Flip Wise plan to bring that level of food comfort and quality to customers as they begin their new restaurant venture, the Landmark Café at The Way Home, at 689 Main St. in Carbondale.

Their new restaurant concept will be unveiled when they host the Second Annual Harvest Festival 9 a.m. to 3 p.m. Nov. 2 and 3 at The Way Home.  The community event celebrates the seasons change with end-of-year harvest crops from local farmers. It includes an indoor/outdoor holiday bazaar that will showcase work from local artisans.

Rogers and Wise are renting the restaurant space from the Gianinetti family. Landmark will be open seven days a week, serving breakfast and lunch. Rogers said the location will continue to operate the boutique hotel rooms on the second floor. The interior will get a slight update with artwork from local artists.

Wise has been working as the restaurant’s chef since The Way Home’s 2018 opening. The Landmark Café will feature dishes from Wise’s new menus. The breakfast menu will include French toast, quiche, egg dishes, and daily baked goods. For lunch, they’ll be serving soups, salads, bread with cheese or meats, and a daily cake or pie. The bar will serve breakfast beer, kombucha, and hand-crafted cocktails. The café menu includes coffee, lattes, chais, hot chocolates, fresh-made juices, and smoothies, to name a few beverages.

Rogers says the breakfast fare will be hearty and that “This is food to fuel you up for the day.”

The couple, who have been married for 9 years, came on to the local food scene with their previous business venture, Open Fire Catering. They brought farm-to-table dinners for many events in the region. Through their catering business, they began cultivating partnerships with local growers. Rogers and Wise are committed to preparing locally-sourced, in-season food in the best way possible.

One of those relationships, formed back in Open Fire Catering days, was with Ben Armstrong, who was then with Roaring Gardens. He first met Wise when he catered one of Roaring Gardens farm-to-table dinners. Armstrong, who is now the production manager at The Farm Collaborative, says, “I think Flip is one of the chefs that really wants to support local and young farmers. That’s a huge passion of his. I think that, at least for me, and I think a lot of other farmers that he’s going to help us grow into the larger roles that we now play.”

Armstrong says those types of relationships, between farmers and chefs, are “really vital because it’s hard to find chefs that kind of follow-through consistently.”

Another source of local produce is Wild Mountain Seeds at Sunfire Ranch, located five miles south of Carbondale. At this weekend’s Harvest Festival, they will be selling the remainder of this year’s harvest.

Kirsten Keenan and Casey Piscura, Wild Mountain Seeds co-owners, understand the importance of partnerships with local restaurants. Keenan stresses, “For us to succeed as farmers, we need chefs like them that are passionate about local food.” She says of Wise’s menu choices, he is “always willing to [use] uncommon vegetables and experiment with a smaller batch harvest, which is pretty amazing.”

Wise and Rogers’ business relationship is one of complementing one another’s strengths. Wise said of Rogers, “her strengths are creating and gathering atmospheres. She’s always been very good, especially with the catering company, of establishing the environment to showcase really good food, so that was where the partnership was really strong business-wise.”

Wise speaks of the special bond formed when workers have pride in what you cook and serve. Wise explains, “You have your family in the kitchen that understands that integrity, and then the people who are bringing the food out to the customers feel proud about representing it.” He adds, “It’s like you hit all those other bases of making people feel welcome — they have a nice drink; they’re comfortable. And then you give them a really nice plate of food, and you’ve won. But it’s hard to do.”

Plans for special event programming include seasonal and community dinners. Rogers says they want to collaborate with local film festivals to offer dinner-and-a-movie specials. They would like to see the space become a community-focused venue for events with live music and open mic nights for storytellers.

Visit landmarkcafe.co for more information on the restaurant and event.