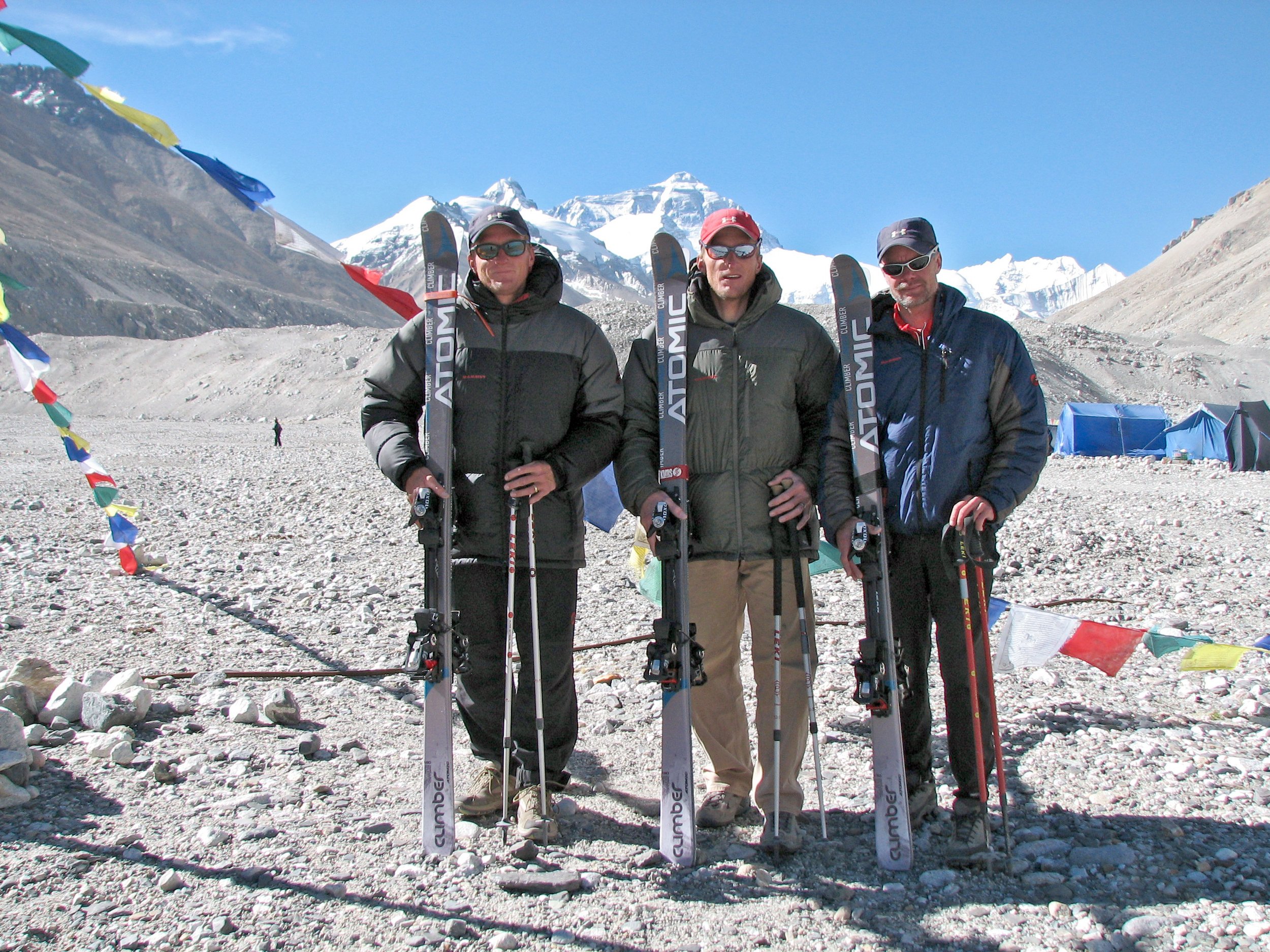 “It was a group of us, John Callahan, the Marolt brothers, and Jim Gile. We all grew up on Cemetary Lane, skiing and ski racing,” says Mike Marolt, the son of an Olympic ski racer. “But we really got started into this stuff in the eighth-grade outdoor ed program here in Aspen. The public school sent us on a  week-long walk from Aspen to Marble, learning how to rock climb, learning team building, learning all of the basic skills that you need to go and climb, and eventually, for us, ski mountains.”

Now in his early fifties, Marolt celebrates that lifestyle in a film he finished last year with producer-director Steve Bellamy, “Beyond Skiing Everest,” screening at the Crystal Theatre at 7:30 p.m. Thursday, Nov. 21.

It follows the arc of twins Mike and Steve Marolt’s atypical mountaineering careers — so unusual that they were recently inducted into the Ski Hall of Fame.

“At a really early age, age 12, we started to go up Independence with my dad. And then up Montezuma. It was always and only about skiing. But as we got older, we started looking at all the peaks around us and we started climbing them. And we started bringing our skis.”

Sitting in his Obermeyer Place office, I’m underwhelmed but put at ease by the unassuming setting. Exposed insulation clouds the ceiling. An autographed ski film poster peers over my left shoulder. We sit at an economical table. Marolt’s kicking skinny jeans and a technical gear vest. He tops my cup with Folgers. Despite the reputation preceding the Marolt ski fame, I feel like I’m interviewing a friend. Sharing story after story, his voice moves up and down the register, depending on how          excited, serious or modest he’s being.

At the behest of fellow mountaineer William Herndon, Mount Rainier became the twins’ first “real deal” big mountain experience. It was a fourteener, but located closer to sea level with the huge glaciers and crevasse crossings of the Himalaya.

“It’s where the initial American attempts on the Himalaya did all their training,” Marolt says. After several trips to Ranier, Herndon said, “We’re going to Denali.”

“Back then,” says Marolt, “in the ‘80s, it was a pipe dream. I didn’t know anyone that climbed it. I was two years out of college. In a month on the mountain, our guide taught us everything we needed to know to climb any peak in the world.”

Over the next several springs, it was a natural progression through those “beastly peaks” in Alaska.

“What are you guys doing heading to Alaska?” an experienced mountaineer asked them. “I just got back from Bolivia! It doesn’t have any storms, you got 20,000-foot peaks. It’s incredible.”

Serendipity paved the way, with each mountain landing a new connection, leading to the next region of mountains, upping the game until Everest. As Marolt unveils the succession, he seems bemused at how easily their careers unfolded, moving from 6000-meter peaks to 8000-meter peaks. “We never took on more than we could handle,” Marolt says.

Even cost fell to the wayside as they got creative, selling trip images and securing sponsors, as Mike, Steve and a tight handful of steady friends were accomplishing what no one else on the planet was.

The only way it could possibly have come so far was “trust and friendship,” Marolt says. Unlike many big alpine attempts of stitched together climbers, this band of lifelong friends has climbed together so consistently – some 25 trips – they don’t even have to speak anymore.

“Steve and I are identical twins,” says Marolt. “That’s such a huge hook. Steve’s been on every single trip. Finding someone to go with is the biggest hurdle for other climbers. It hasn’t just been trip for trip, it’s been step for step, turn for turn… Even locally, I never go into the backcountry without him – super tight. And Jim [Giles] has been on over 50 expeditions together with us.”

Dubbed The Three Amigos in the press, the Marolt twins and Giles take more pride in their brotherhood than summiting, which Marolt considers their secret sauce.

“I go on these trips, and I worry more about Jim and Steve than I worry about myself, and they’re worrying more about me than they are about themselves. That synergy, especially of the three of us together, is so important on all levels, it’s crazy. It’s a huge safety factor. Individuals have desires to reach a goal. We’ve turned around when somebody can’t make it. It’s like The Three Amigos or it’s nothing.  A summit without Steve or Jim is meaningless.”