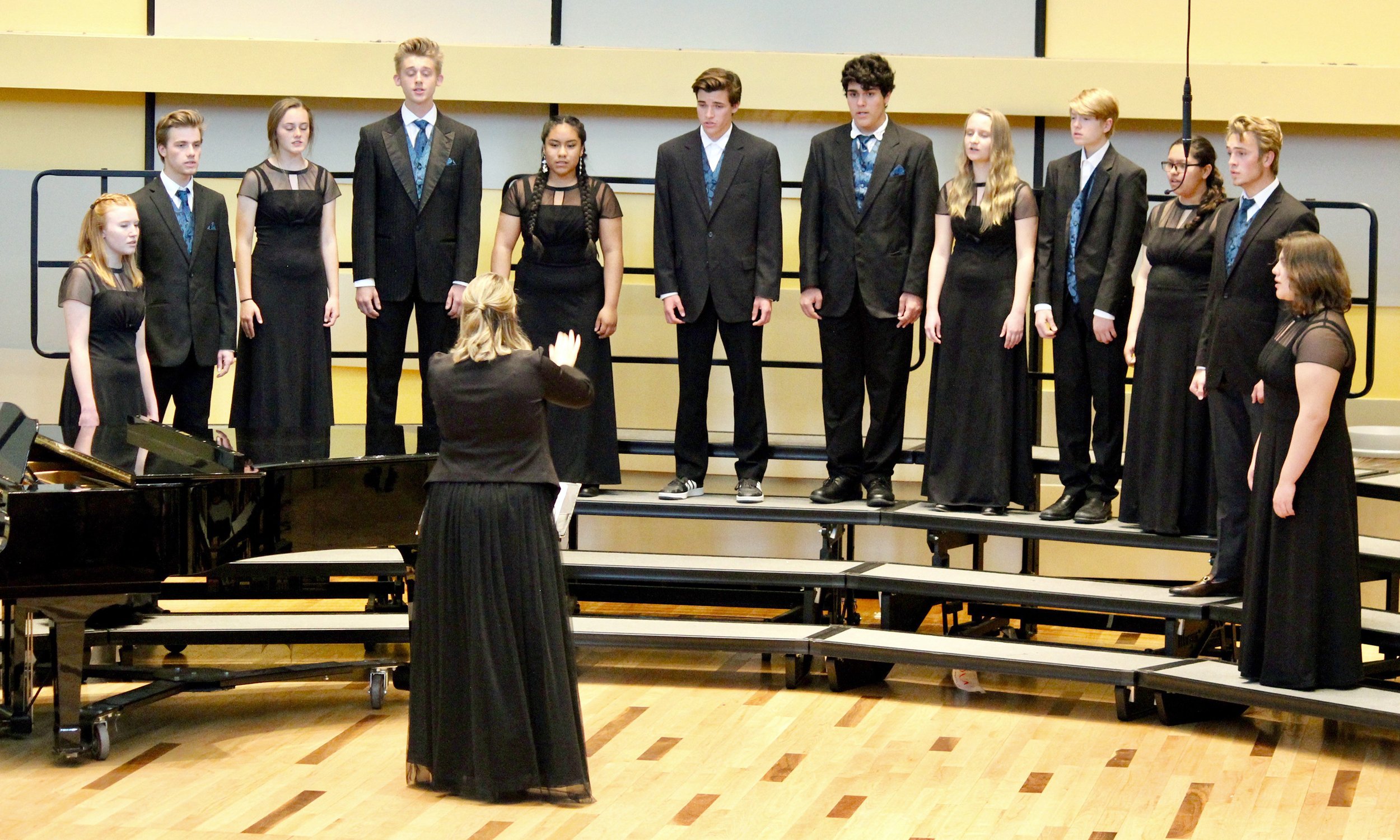 In just a few semesters, Roaring Fork High School’s choir program has grown from next to nothing to a confident cadre preparing to perform at one of the nation’s premiere venues.

Thanks to Manhattan Concert Productions, many of the members will travel to New York City next June to join other choristers from across the country at Carnegie Hall.

“To perform on the stage where Leonard Bernstein and Aaron Copland tread is a huge honor and an incredible opportunity. The kids, parents, teachers and administration are all so excited.” Director Marcia Kuhlman said. “To do this our second year is a little adventurous, but these students are ready for the challenge… [They] not only represent a high quality of music and education, but they also serve as ambassadors for our school, community, and state.”

“It’s very important to me that these students have the experience of performing with a 200-person choir and a full orchestra, which is not something I can provide them here,” she added. “I have seen firsthand the transformation when kids are valued not only as students but as true musicians. It becomes very real.”

The Octavo Series to which Roaring Fork has been invited allows qualified high school and collegiate choirs the opportunity to collaborate with esteemed guest conductors on a distinctive variety of six shorter variable works, furthering the company mission of student and professional growth. Tickets start at $20 and will go on sale at carnegiehall.org in April 2020.

Some students could use some help getting there — contact Kuhlman at mkuhlman@rfschools.com or 384-5763 to learn more about sponsoring them.

“Additional financial support will be necessary for some of these students,” she asserted.

Once there, they’ll be under the direction of famed American composer Z. Randall Stroope. The singers will spend five days in the Big Apple, and while the performance is the primary purpose for their visit, they’ll also have a chance to attend Broadway shows, the Metropolitan Opera, visit Rockefeller Center, and more.

Noted sophomore Celeste Fullerton, “I think it’s a good vision of what my future might look like if I pursue music.”

Before Kuhlman’s arrival, the school had been without a formal choir class for more than a decade, and seniors Travis Ochko, Ryan Camp and Lance Weidermann remember practicing in their own free time.

“The first year the only people who came to our concerts were parents,” Ochko said. “I think this is our first big chance to prove we have the singers and the teachers to do this.”

It’s an uphill battle. Without aconsistent middle school program, many of the singers came to high school without any previous background.

“We have a long way to go to get there, but it’s doable,”junior Izzy Knaus said. We thrive under pressure.”

And even those with experience like Nina Vidal, a sophomore who began singing with Aspen Santa Fe Ballet in fourth grade, have learned a lot.

“I used to sing in the shower when I was little and run through the house singing and dancing,” she recalled. “Ms. Kuhlman has really helped me open up to my passion even more than I already had.”

They have also grown closer together, junior Ayden Richmond noted.

If you don’t have the means to get yourself or others to New York, you can still catch the Holiday Harmonies concert at 7 p.m. Dec. 10 at The Orchard. With the theme of “Old Fashioned Christmas” it’s the choirs’ top fundraiser and include a tasty holiday beverage, homemade holiday goodies, silent auction and performances from RFHS, CMS and CRES students.