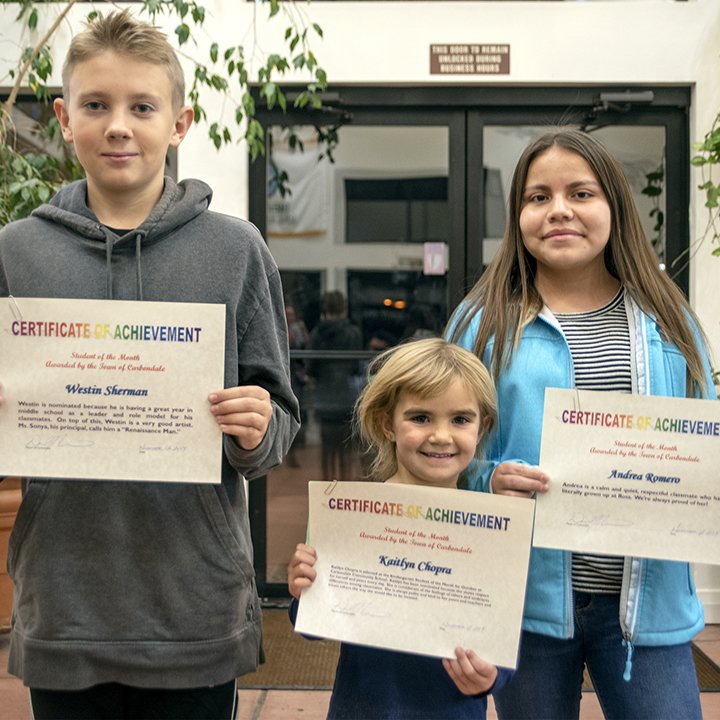 In updating trustees on five years of Carbondale Homeless Assistance on Nov. 12, organizer Lynn Kirchner took the opportunity to ask the Town to pitch in.

The ad hoc group has managed to raise around $1,500 every year to provide showers at the Carbondale Recreation Center for those who wouldn’t otherwise have access. It might make it possible for someone to get a job or just hold hold their head up higher, Kirchner noted.

“We have four gentlemen right now that choose to live outdoors,” she explained. “If you would offer them a place to stay… they’d say no.”

Overall, she estimated that there were a dozen or so recognized homeless in the area — drawing a distinction from transient panhandlers. She encouraged people to give the latter food or gift cards rather than cash, and pointed out that anyone can direct the proceeds of commissions at Ragged Mountain Sports to homeless assistance.

“If you see someone in need, please don’t hesitate to call us,” she added.

The act of helping out, Kirchner said, has really brought people together.

“The homeless people and people who need assistance aren’t ‘them’ and we aren’t us,” she told the trustees. “In the past four years, we’ve lost four guys. That’s been really hard. Hawk, Scotty, Wes and Tommy were names in the newspaper to many people, but to those of us that helped them with meals, brought them warm socks, had a conversation with them, talked to their families, they were human beings. They were really part of our community.”

With most of their fundraising going toward meals and showers, the organization hasn’t had much of a chance to expand or even incorporate as a formal nonprofit. Consequently, they weren’t part of the community grant process and were hoping for more of an in-kind arrangement to ease the burden.

According to Town Manager Jay Harrington, the mechanics of such an arrangement could be tricky, and would likely require a budget amendment to keep the rec. center solvent.

“It’s a unique partnership,” he observed. “Our bang for the buck on this and what it’s done for the community has been huge.”

The board seemed on board. In fact, Erica Sparhawk thought the Town was already subsidizing the program.

“To me it feels like something we could do,” she said. “It’s not like this is a risky, new venture that we’re trying.”

“Other municipalities have to spend a tremendous amount of money to make any impact on this problem,” he said. “I think absolutely we should provide these passes and look into how we can do more in future years.”

No formal action was taken at Tuesday’s meeting, but the issue will be back before the board as once staff have had a chance to include it in the 2020 budget.

• Heard from Bridget Callais regarding a sewage backup in her home and the subsequent back-and-forth with the Town’s insurance. “Once you know about this, you have a responsibility to ensure that you’re not putting the public in harm’s way,” she said. “I expect you to check out the pipes often, and I expect a solution so it doesn’t happen again.” The Utilities department has increased cleaning frequency on the line in question and installed a monitor on the relevant manhole.

• Approved a belated liquor license transfer for Mi Casita to Hogan Hoeffner. Do to what he admitted was oversight on his part, Hoeffner had neglected to follow the process in the right order, causing consternation for Town Clerk Cathy Derby. Everything seems to be copacetic now, with Derby praising the food and continuity during the change of ownership.

• Supported the preliminary and final plats for Parcel 2 of the Thompson Park subdivision — albeit with conditions including that subject to final staff approval before recordation.

• Accepted the relocation of an affordable housing requirement from one property held by Pickwick Holdings to another set — per a caveat included when it was put in place.

• Received an update from the Public Works and Parks & Rec Departments on potential capital improvements over the next 5 years.

• Increased the consulting line item in the draft budget by $10,000 to support the development of a plastic waste reduction strategy.

• Inked letters of support for the Western Leaders Network.