Library showcases books for all by local authors 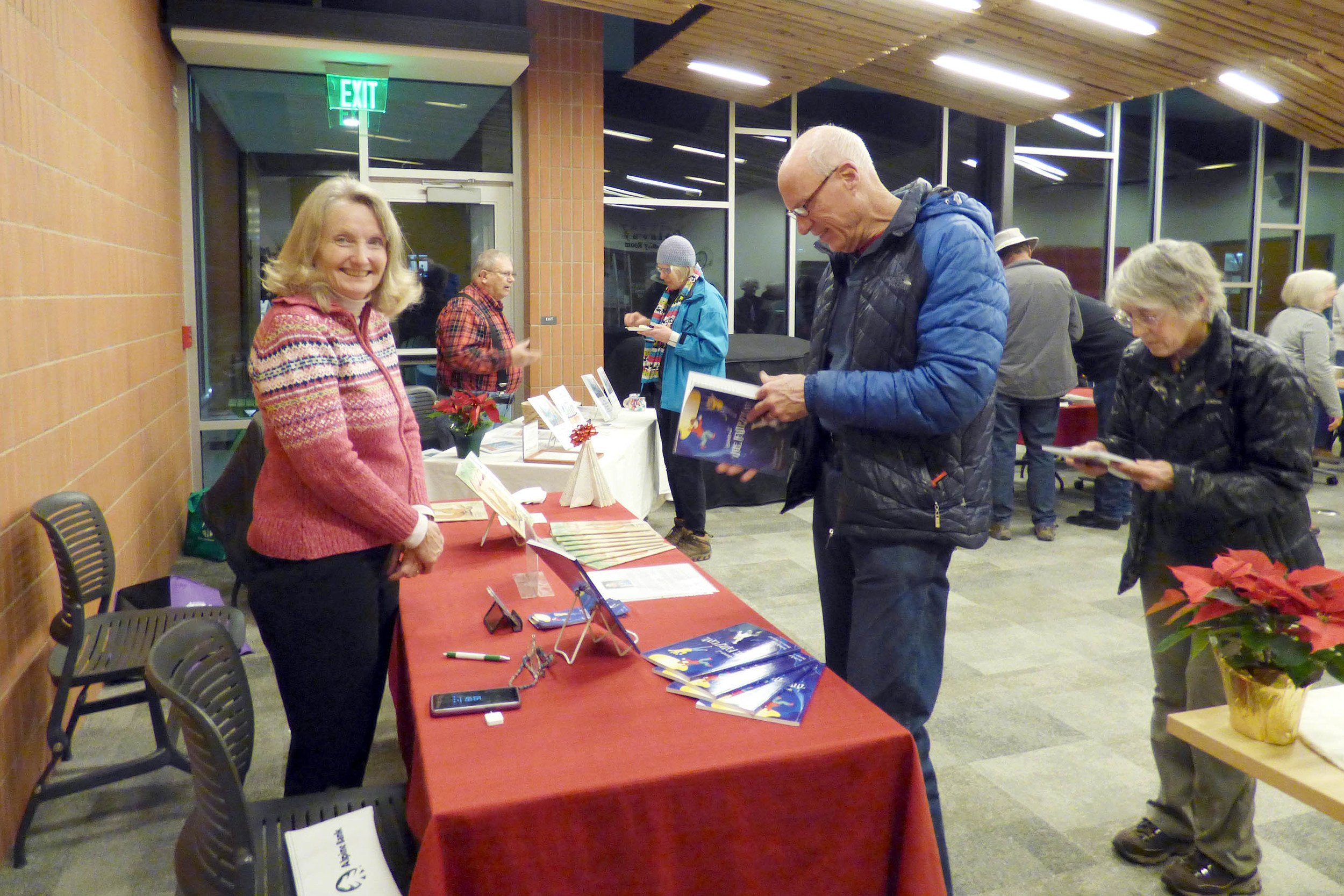 “There’s so much good writing in the Valley, you don’t need to go anywhere else.”

Eight local authors will mingle with readers and other writers with genres ranging from adult nonfiction to science fiction to children’s books – and everything in between. Dunlavy recommended that attendees be on the lookout for holiday or birthday gifts — and authors will autograph purchases.

“We’ll have a little something for everyone,” Dunlavy emphasized.

The second year of this event, which Dunlavy hopes will happen annually, has the library working closely with the Carbondale Writers’ Group which meets at 6 p.m. on the second Monday of each month year round.

Linda L. Flynn, author and Colorado Writers Group spokesperson, gave a bit of history of the group, “We formed in 2012 and now have approximately 40 members. Some authors come regularly, others just when they can.”

Flynn most recently penned her first children’s book, “Gabriel and the Bear” about her first bear sighting. She dedicated it to her grandson Gabriel who is grappling with a congenital heart defect. Now, Flynn said, he’s doing well. But, she sadly, she disclosed, someday he will need a heart transplant.

“He visited here recently and wasn’t seriously bothered by the altitude,” she explained.

Her book focuses on two parents taking their son on an outing and they all saw a bear for the first time and were entranced.

Flynn said that before she moved here in 2012 from the midwest, she had never seen a bear, except in captivity, where, she noted, “They didn’t run very fast.”

She saw her first wild bear as a newcomer to the valley while on a hike at Chapman Lake near Ruedi Reservoir with her husband Tom.

“There we were, just sitting under a tree with a bear above us relaxing in the branches,” she recalled. Out of nowhere, a family parked their car and their young son yelled “There’s a bear!”

Naturally, the bear scooted down and hightailed it out of the area.

Flynn said, “The bear took off running at 35 miles per hour minimum. I had no idea bears could run that fast.”

Flynn lives in Missouri Heights where she has seen many different critters. “We see deer all the time but rarely see a bear.”

“We’ve really learned to respect the wildlife we share the land with,” she said, adding, “We’ve learned a lot.”

For example, she learned that cubs are born in hibernation and immediately start nursing. Also, she knows now that the species black bear comes in different colors.

Flynn has written other types of books, including excerpts from family journals and  her grandmother’s recipes, “Granny’s Legacy” and is now working on the second part of a series titled “Dream Glasses” about a young woman’s quest to find her true passion.

Seven other authors are participating in Lit Fest. They include Corrie Karnan, who writes children’s books including “Secrets of a Fairy Cave” about the Glenwood Adventure Park and “Wee Chee Chee about a squirrel. David Wall wrote “R.E.A.L.” a science fiction book about artificial intelligence. Clark Heckert wrote “Sudden Storm” about post cold war Russia.

Pam Heckert released her book “Alma Matter” earlier this year about young women seeking educational opportunities. David A. Aguilar is a space science author for National Geographic and Smithsonain books with many publications designed for kids. Charlotte Graham wrote “Memoirs of a River: Up the Crystal,” about people and places in the Crystal River Valley.

Darrell Munsell will also be at Lit Fest, with his book “From Redstone to Ludlow”  and other books about Redstone and the Crystal Valley including the history of Redstone Castle, and another aboutlocal artist Jack Roberts.

And, Dunlavy stressed, the current “Vets of the Valley” calendar will be on sale for $20 with 100 percent of the proceeds going to Colorado Animal Rescue.