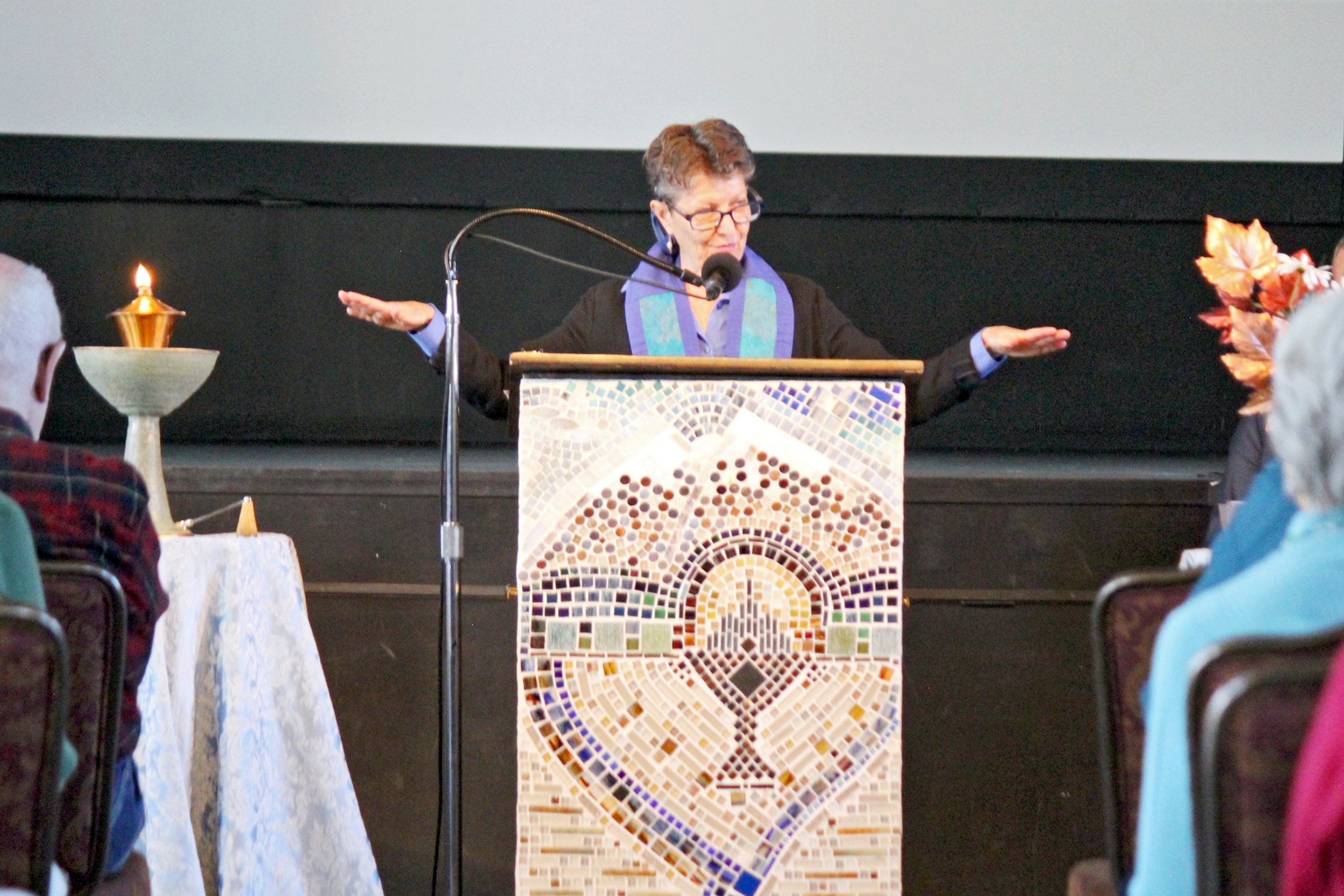 The Two Rivers Unitarian Universalist (TRUU) Congregation of Carbondale is in for a real treat with its new Minister, Rev. Laurie Bushbaum.

Bushbaum is making her way to our small town from Minneapolis, MN and is looking forward to getting to know the TRUU congregation as well as the wider community of Carbondale.

UUA may be seen as progressive in that it does not ask people to change their beliefs. Rather UUA encourages people to live by seven principles, the first one being to recognize “the inherent worth and dignity of every person.” You’ll have to go to a service one Sunday at the Third Street Center to find out the other six.

Bushbaum was raised Presbyterian. She went to a Presbyterian boarding school and then a Presbyterian college and  eventually took issue with the exclusivity of this Christian tradition. Bushbaum says, “I was no longer comfortable in a place that said this is the only way and all the others are wrong.”

When Bushbaum was 20 years old she went to her first UUA congregation. She was immediately drawn to the liberal religious aspect and was ordained as a UUA Minister in 1984.She explains, “I chose a faith community that encourages me to understand and respect those who might be different and to  find the beauty in their tradition.”

The UUA promotes social justice and equality which also attracted her. Bushbaum is passionate about issues such as criminal justice reform, immigration reform and climate change and has most recently been working to help block an Enbridge owned pipeline which would affect Native American reservation lands in Minnesota.

UUA has affirmed same-sex marriages since 1996 and LGBT persons are often clergy leaders. According to Bushbaum, UUA is currently doing a significant amount of work in partnership with the Transgender community.

She was on the verge of retirement but then she heard of a little mountain town in Colorado with a congregation that needed a Minister. As is her nature, she could not help but rise to the task.

Visiting Carbondale in October, she got to See “Walk in the Woods” at Thunder River Theatre and was enamored by the wonderful local artwork.  During her visit, she hiked Red Bluffs and looked over this quaint town she is excited to be a part of at least for a while. As Bushbaum puts it, “I am really looking forward to having the chance to get to know this really kind congregation and to enjoy being in a really beautiful place.”

During Bushbaum’s first sermon for TRUU on Sunday Nov. 17, the congregation filled the seats and everyone welcomed her with open hearts, minds and applause. She compared an eventful backpacking trip she took with her husband into the unknown with people taking on journeys with unknown outcomes and the lessons learned along the way. Afterwords, took the time to mingle with congregation members and share in conversation and laughter.

Bushbaum’s term will expire in June 2020. She is not sure if she and her husband will stick around Carbondale at that point or head back to Minnesota where her family resides. Either way she is glad to be serving the TRUU congregation and getting to know our community.