CAFCI is engaged and getting results 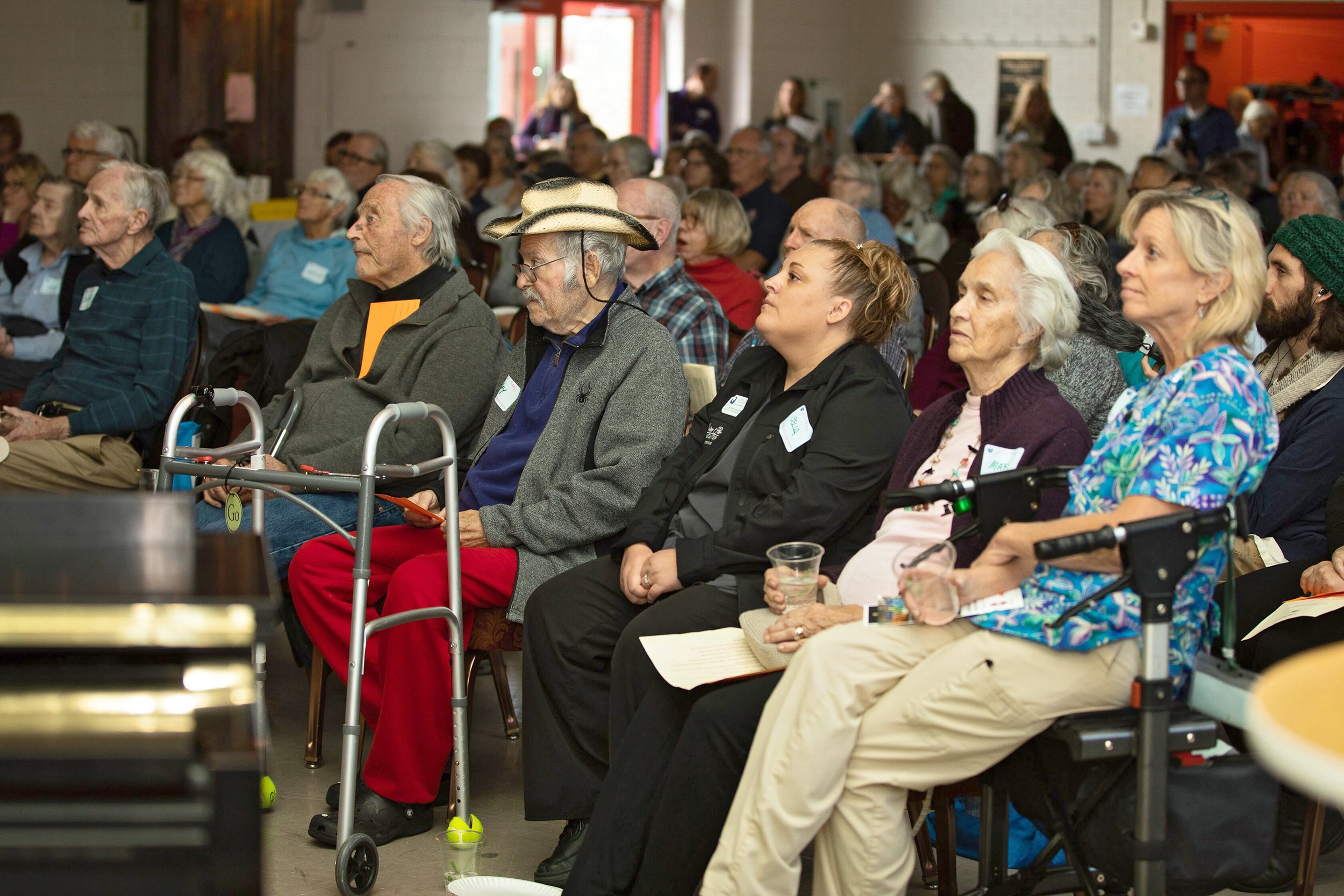 The AARP Age-Friendly Community distinction is awarded to communities that have committed to becoming more age-friendly under criteria established by AARP and the World Health Organization (WHO).

Approximately 160 people attended the event. Commenting on the large turnout, Murphy stated, “Look where we are this afternoon — we’re engaged!”

Murphy told the audience they have a tremendous economic impact, stating that seniors, as a group, comprise the third-largest economy in the world, only behind the United States and China.

The staggering statistics of the country’s Baby Boomers (those born from 1946 to 1964) population should come as no surprise. Murphy said Colorado’s aging population is the third-largest demographic in the United States. In Colorado, the fastest-growing age groups are age 75+ and 85+.

CAFCI is led by co-chairs Niki Delson and Judie Blanchard and includes an organizing committee consisting of 12 seniors, also known as CAFCI Leaders. Delson noted, “CAFCI is built on relationships–between ourselves and the greater Carbondale community.”

Delson said one member benefit of being an AARP Network of Age-Friendly Communities is being eligible to apply for AARP’s annual Community Challenge Grant program, which the AARP website notes, “fund[s] quick-action projects that spark change across the country.” While Delson notes those grants are highly-competitive more importantly, AARP will advise CAFCI of multiple grant opportunities from other organizations.

In addition to speakers, the assembly included 21 organizations providing information on topics, such as senior programs available through Garfield County, sports conditioning and martial arts programs, legal services, and educational and volunteer opportunities.

Senior Matters, as a 501(c)3 nonprofit organization, is acting as CAFCI’s fiscal agent. Senior Matters Director John Hoffmann recalled CAFCI members started off meeting in each other’s homes. The group now has its Sunday meetings in the Senior Matters office at the Third Street Center.

Reflecting on what CAFCI brings to the mix, Richardson said, “Really, what they’re doing is they’re just broadening all of our perspectives. In this case, about age-friendly initiatives, but it’s part of a bigger narrative, as well.”

Delson cited a few of CAFCI’s accomplishments to date: 1) creating a senior services webpage on the Town of Carbondale website; 2) performing a walking audit of every priority corridor and presenting those results, which ultimately led to the Town Trustees hiring an outside consultant to look into traffic, bike, and pedestrian issues on Eighth Street;  and 3) a walk with Heritage Park residents, many of whom use walkers or use wheelchairs, to identify an area where two donated benches will provide a place to rest or visit. They will be installed, as weather permits, this spring.

At the community assembly, CAFCI organizers asked attendees to complete a survey listing three challenges that “might keep you from being able to live in Carbondale from infancy through old age?” CAFCI Leader Nicolette Toussaint said the initial review of responses revealed three predominant concerns: 1) walkability – snow clearance, sidewalks, and night lighting of sidewalks; 2) connections to RFTA and the Carbondale Circulator; and 3) affordable housing, including single-level and senior-care housing.

For more information about CAFCI, go to agefriendlycarbondale.org or call 366-6460.

Carbondale Town Planner Janet Buck, when asked about the event turnout, said, “I see this as a great opportunity to create infrastructure and a built environment not only for our aging community now but for generations to come.” She added, “I look at this room, and I see people who created change in the ’60s and ’70s. I’ll be curious to see what they do now.”