Gearing up for Small Business Saturday 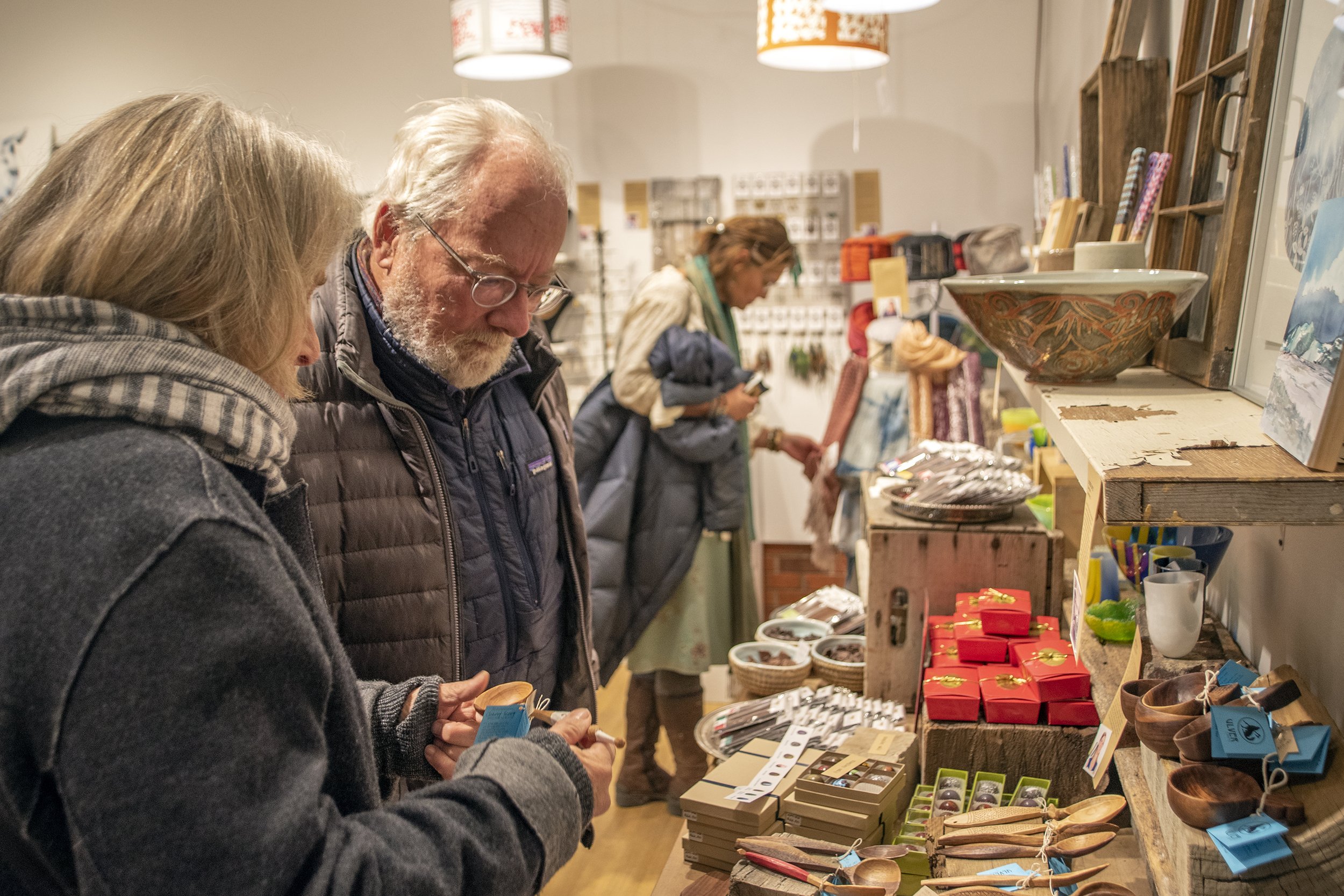 Small Business Saturday is set for Nov. 30, and many local businesses are participating.

The event was created by the American Express Company in 2010 during the height of the Great Recession. It was a response to the growth of Black Friday (the major sale event at large retailers the day after Thanksgiving) and Cyber Monday (its counterpart for online shopping the following Monday) “to encourage people to … bring more holiday shopping to small businesses.”

The movement, which Amex has dubbed “Shop Small,” has grown steadily since its founding. It was estimated that some 104 million shoppers took part in the event last year, spending nearly $18 billion. In addition, cumulative consumer spending between 2010 and 2018 has been about $103 billion nationwide.

As part of its initiative, Amex sponsors a “Neighborhood Champions” program, in which community organizations such as chambers of commerce act as coordinators and promoters of Shop Small activities. The number of Neighborhood Champions has increased from some 1,400 in 2013 to more than 7,500 last year. The resource center also provides tools on its website to help individual stores create advertising and other online promotional materials. Those materials are also available for local online businesses. All of these services are provided free of charge to participants.

Andrea Stewart, executive director of the Carbondale Chamber of Commerce, said that the chamber has been a Neighborhood Champion for about four years. She noted that the “great majority [of local businesses] participate in some fashion,” in the event. This can vary from fully taking advantage of the tools the Shop Small program makes available to simply being open on that Saturday if they usually are not.

Stewart stressed the importance of shopping local throughout the year and not only on Small Business Saturday. Amex has cited that 67 cents of every dollar spent locally stays in the community. Stewart adds, “If everyone spent $20 more [here] each year, $1.2 million would stay in the county.”

Julie Ivansco owns Sawyer’s Closet on Main Street, which sells new and used children’s clothes and other items. She has participated in Small Business Saturday since the store opened eight years ago. The shop is closed on Black Friday and then holds a big sale on Saturday that draws a lot of customers.

One of the most active participants in the event has been Amy Charters of Lulubelle boutique, across the street from Sawyer’s Closet.

She said in an email, “We have done something a little different” each year. She has joined in with other businesses to “offer discounts and gifts … for customers to win” and has given out discount certificates with purchases to be used at a later time. She added that this year she is running a contest where customers can win one of several baskets “of our latest and greatest gift items and favorites.”

Small Business Saturday is not the only holiday activity promoting local shopping. One of the major events at the Launchpad each year opened last Friday (Nov. 22).

Deck the Walls: Artisan Market is a long-standing holiday tradition in Carbondale. The month-long event showcases artworks and crafts by more than 50 local artists. Prospective participants must first apply, and they are then selected through a juried process.

According to Staci Dickerson of Carbondale Arts, the intent is to offer a broad spectrum of items that are also affordable. She added that Carbondale is “a really amazing central location for a great collection of local arts and crafts.” The event runs through Dec. 28.

The Chamber of Commerce also offers a Gift Certificate Program, a year-round initiative to encourage local shopping. Certificates are available for any amount, though Stewart encouraged shoppers to buy them for $20 or more. These can then be used for purchases at any of the more than 50 participating local businesses.

Those establishments include restaurants, lodging, health services and retail outlets. Businesses, in turn, redeem them at the chamber. Stewart noted that the chamber had already sold nearly $17,000 worth of certificates this year. She added, “[The certificate program] is our wheelhouse and supports our community.”

Of course, one issue hanging over all of this discussion is the growing impact of online sales on traditional brick-and-mortar stores – be they big-box chains or mom-and-pop operations.

The great rise of online shopping, coinciding as it did with the debilitating effects of the Great Recession a decade ago, has forced an array of retailers either out of business or to significantly overhaul their sales strategies. It is a main reason Amex launched its initiative when it did.

Cyber shopping also had a negative effect on sales tax revenue from retailers. Most states with a sales tax now collect from online purchases, and since last December Colorado has become one of the states that requires online sellers to also charge local sales tax.

Renae Gustine, Carbondale’s finance director, noted that sales tax revenues for the town have been going up. Although she couldn’t differentiate exact dollar amounts of online versus brick-and-mortar receipts, she could tell that, “Taxes remitted by online retailers are definitely helping the overall revenue stream.”