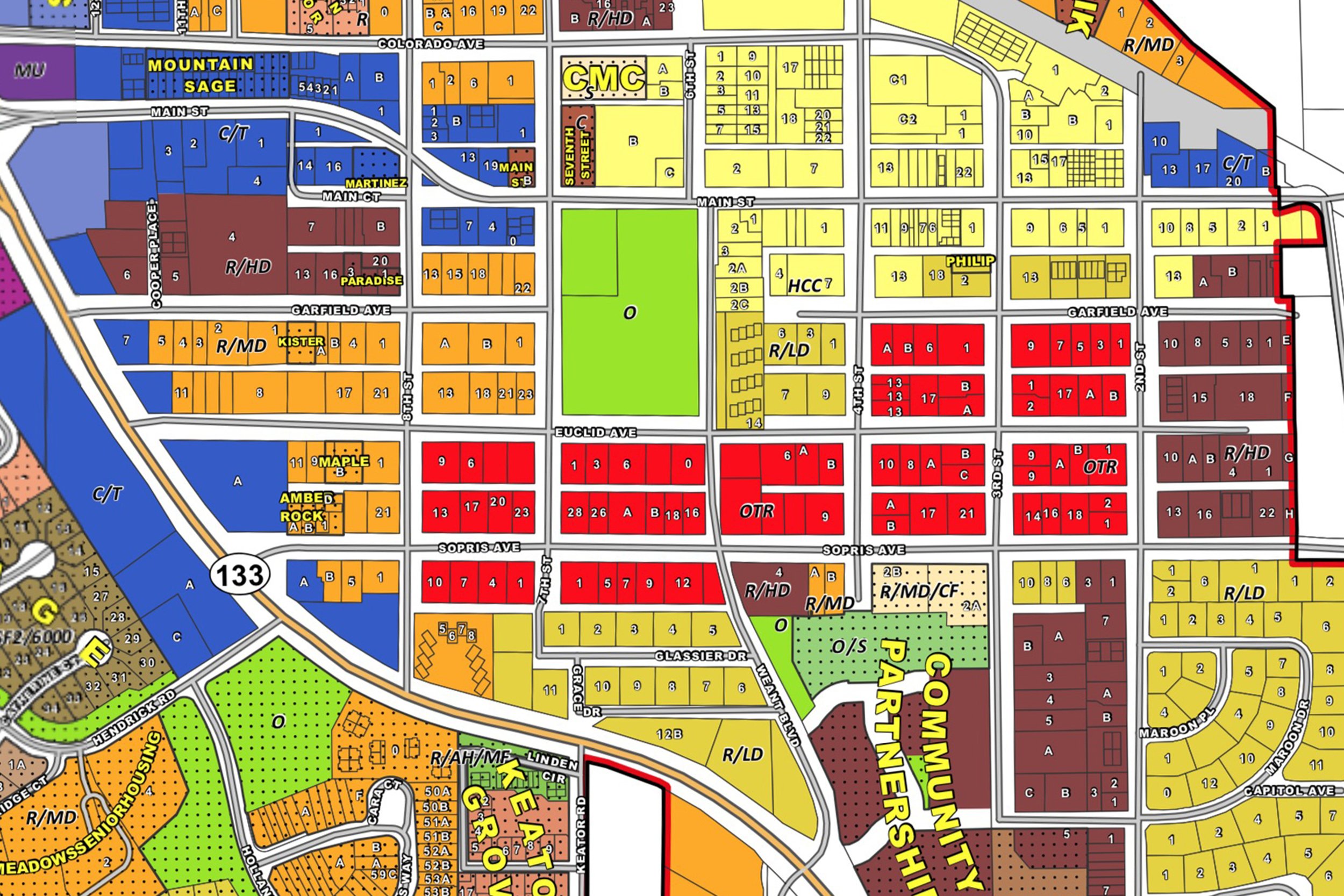 The debate over the building permit for 728 Euclid Ave. boiled down to whether quantitative or qualitative zoning interpretations should take precedent. The two other words playing a major role in the board’s decision were mass and scale.

That was settled, at least for now, by the Board of Adjustment (BOA) recently voiding the building permit originally issued on March 31, 2017.

Property owner Patrick Kiernan commented after the meeting that he has already filed legal action with the Garfield County District Court. By law, Kiernan was given 28 days to appeal.

BOA Chair Jeff Dickinson said he doesn’t see anything new in the packet for this meeting.

He commented to Kiernan “I believe you were given the opportunity to redesign, but you didn’t.”

Mark Mahoney of the neighborhood group, added “The applicant’s design consists of one large box on one of the smallest lots.”

He also insisted, “The building should fit with the scale of the neighborhood.”

The original building permit approval was immediately met by an appeal from a neighborhood group to the BOA objecting to the permit. The group objected to the mass and scale of the project, and whether it would become a boarding house, a use not allowed in OTR.

What is the district? According to the town’s description, OTR forms the heart of Old Town Carbondale.The latest zoning map was approved in 2017.

Designadvisor.org described building mass and scale as relating the size and bulk of the new structure to the prevalent scale in other buildings in the immediate neighborhood. Mass refers to the size or physical bulk of a building and can be understood as the actual size or size relative to context. Whole Building Design Guide at wbdg.org, stated that “scale is not the same as size, but refers to relative size as perceived by the viewer. “

The motion to reverse the Building Official’s permit approval focused on several recommendations from the Aug. 19 public hearing.

Specifically, Buck said, Kiernan did not respond to BOA directions to:

• Submit new building design and site plan drawings which are precise, detailed, dimensioned   and to scale

• Provide a new design which reduced the mass and scale of the structure.

• Meet the deadline to provide the materials by Oct. 19

Kiernan said in a letter to the BOA dated Nov. 21 that the Unified Development Code (UDC) included in the OTR Purpose Section, “The purpose of the … district is to allow residential uses and densities that are consistent with the historic character of Old Town Carbondale. This area has unique scenic, historic, natural and design features that should be preserved and integrated into new development.”

As the UDC purpose statement continued, “Special emphasis shall be placed on the quality and character of the built environment in this district, and the unique lot and home sizes characteristic of the original Townsite. The OTR district should emphasize pedestrians more than cars. Single-family dwelling units continue to be the predominant development type in this district.”

But, he wrote, “So the BOA’s interpretation of this short paragraph developed into a lengthy list of requirements.”

“The UDC is not a zoning document,” Kiernan felt and said his property is not a large house.

He also was concerned that the BOA is responding to pressure from the neighbors.

And, he wrote,”Given the above context, unless the Town is able to demonstrate a willingness to comply strictly with its codes (and require the BOA to do the same), I believe attempting to meet the vague requirements put forth by the BOA will be an enormous waste of time, effort and expense. There is no clear, consistent, predictable or understandable path to compliance with the UDC as it is being interpreted in this matter by the town and the BOA.”

His legal action, Kiernan added, was in its earliest stages, so he’ll wait and see what develops.