Satank — the town that never was 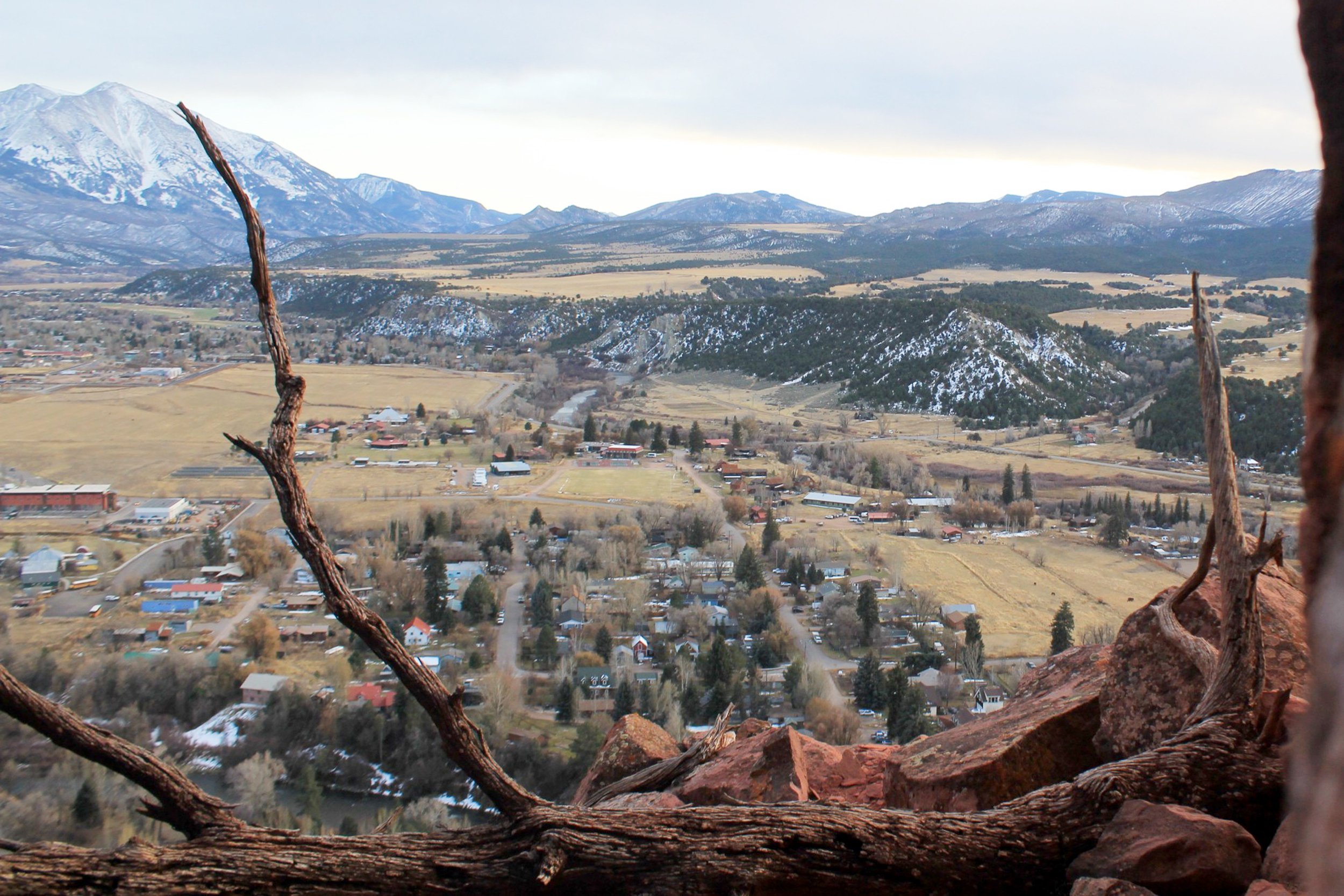 There is a place on the outskirts of Carbondale where the outsiders reside, where only one road leads, and the stars light your path. You’ve most likely heard of it — it’s called Satank.

You may not know that Satank is not technically within Carbondale.

Once upon a time, the homesteaders of Satank were vying for township but the dream never came to be. Had they been successful, we may all be Satankers, or Tankers (depending on who you ask), today.

It is a hidden gem in local history which partially remains a mystery.

The Carbondale Historical Society, headed by President Sue Gray, recently started a research team and one of their focuses is Satank.

According to Gray, in this area back in the late 19th century it was essential to have a post office and a train depot to have a formidable town.

On June 27, 1883 a man named Harvey Tanney opened a post office and called it Satank. Ironically, this original post office was on land that would later be within the town site of Carbondale. It’s believed Tanney named it after a Kiowa Chief, Satank, who was well known for leading raids on white settlements in Kansas and Texas. The translation is most likely “Sitting Bear”  but some argue it means “Standing Bear.”

While Tanney was setting up shop, Isaac Cooper and Fredrick Childs were developing in what we now know as Satank. Cooper is also known as one of the founders of Glenwood Springs. Childs and Cooper called the site Cooperton and intended to make it a proper town. Cooper and Childs tried to get Tanney to move his post office into Cooperton but Tanney died during negotiations. Tanney’s daughter, Attama Tanney, took over the post office and was reluctant to move it.

Eventually, Attama Tanney left the area. Childs became the postmaster and moved the post office but kept the original name and hung a sign which read “Satank Post Office.” The name was soon adopted by the settlement as well.

The railroad had made its way to Glenwood Springs and was steadily laying fresh tracks up valley. It was a matter of time before it reached Satank. In hopes of securing the railroad depot, Cooper had invested a significant amount with the Denver & Rio Grande Railroad Company (DRGRC). He even went as far as changing the name of the settlement to Moffat after the president of the railroad company, D. H. Moffat. Sadly, Cooper died during the ongoings of negotiations with DRGRC.

At the same time investors from Carbondale, Pennsylvania were heavily funding the railroad and competing for a depot to be set in what is now Carbondale, Colorado. Due in part to Cooper’s untimely death, these outside investors were successful and the depot was built in Carbondale.

Almost overnight the citizens abandoned the settlement. Buildings were left vacant and even Childs gave up the post office and moved away.

A man named Ben Davis took over as postmaster and the settlement was renamed Satank. Davis ran the post office until 1904, when it was officially closed down. By that time the railroad depot and a new post office were established in Carbondale.

In the end, Carbondale was triumphant. Satank would become a blink in history books as the town that never quite made it.

Satank is still in that grey area. It’s unincorporated, but its proud residents identify with it as much more than a neighborhood.

Kevin Batchelder, Garfield County Manager, says there  “are a lot less rules and regulations” for residents living in Satank compared to those in a municipality. Batchelder goes on to say that if you live in unincorporated Garfield County “no one is going to tell you what you can and can’t put on your property, as long as it is not a health risk.”

The streets are mostly unpaved, there aren’t any sidewalks and you see very few street lights.

While the people living in Satank have minimal services — they do have a special agreement with Carbondale for water and sewer — they also do not have to abide by Town ordinances. It is somewhat of a trade off, because Satankers are not able to vote on issues affecting the town. Overall, though, the residents of Satank are happy keeping to themselves and staying out of town politics.

According to Grey, in Satank “we  solve our problems among ourselves; when neighbors have problems they work it out.”

Don’t let the personal touch fool you; it’s a sizable community. Seven years ago Gray hand delivered 88 invitations, one to each home in Satank, for a celebration of the Autumn Equinox called Mabon. Mabon, according to Gray,  is “a festival of gratitude for the harvest.” Mabon is now celebrated annually at Gray’s home.

Satankers hold other communal festivities throughout the year, such as the Redneck Olympics, which features libations and games. Just like in the old west, things can get a bit rowdy, but everyone has a good time. Organizer Jeannie Perry describes the Redneck Olympics as “all the neighbors coming together… people dress up, it’s great; and it’s good to get to know your neighbors and hang out with them.”

While living in Satank is still kind of like living in the old west; just like the rest of the world it is changing. People who have been there a long time often move on and there are newcomers coming in. Fortunately, according to Perry, “everyone who has moved here seems to let it change them verses trying to change Satank.”

Gray and Perry both note that a lot of the changes are positive. For instance, residents are making their homes more energy efficient by doing such things as installing solar panels.

Looking forward it is apparent that Satank will keep its unique character and those that move in will adapt to its ways.