What’s the story on gas prices? 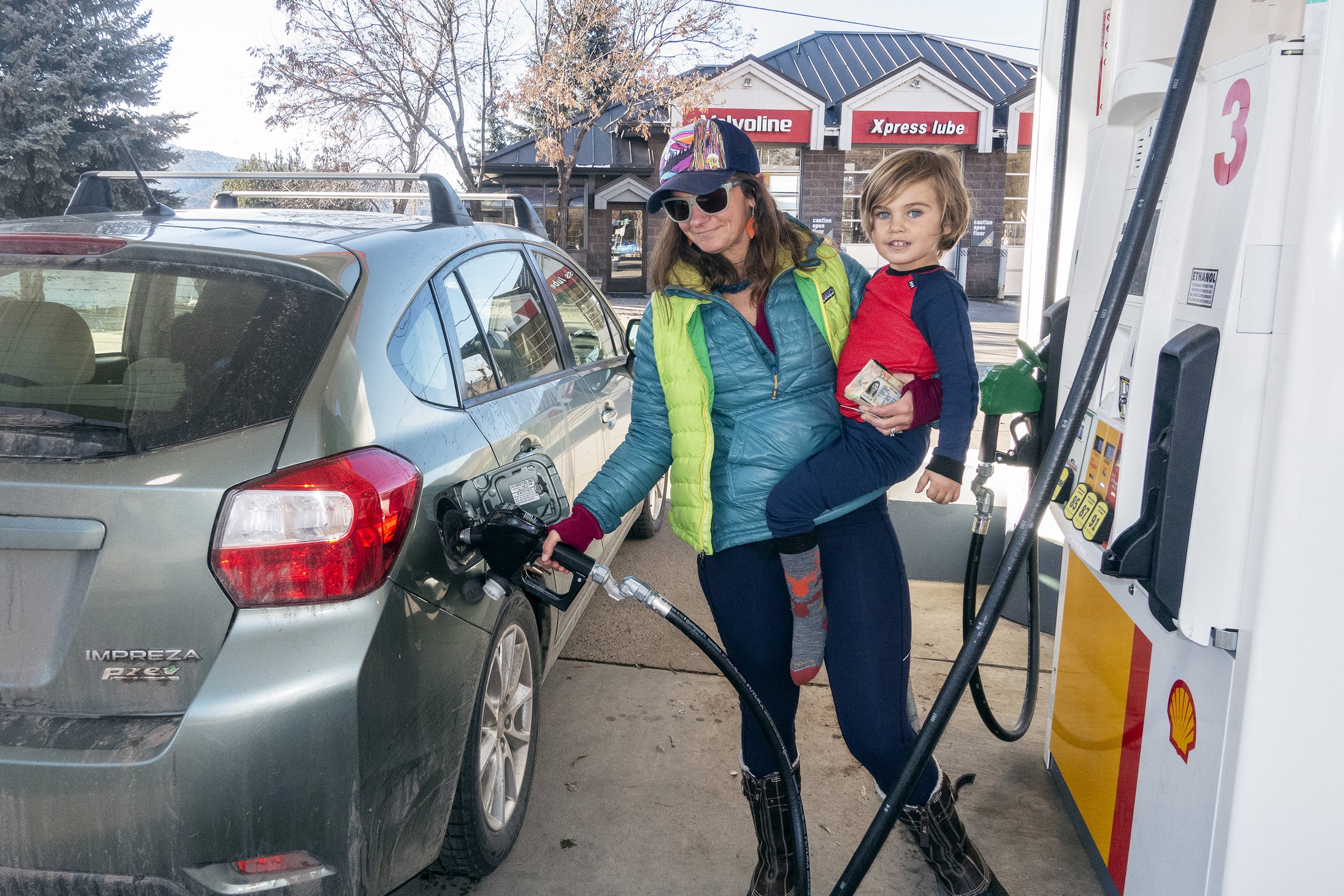 “When prices at the pump go up, the profit margins go down,” said Jim Wheeler, owner of Carbondale Car Care. He explained when gas prices hit $3.50 per gallon or higher, his margin drops to five cents per gallon, but when it goes below that mark, it’s ten cents. The station sells Phillips 66 gasoline.

When asked how gas prices are determined, Shell spokesperson Ray Fisher responded, “The price of fuel at the pump is the result of a combination of many factors, which include but are not limited to: tax, crude price, transportation costs, and the competitive nature of the overall and the individual market.”

Some stations are known to generally price on the lower side, but that is not always the case. So, checking prices regularly is a good way to go. It’s worth noting that several have large signs which announce current gas prices.

The United States Energy Information Administration (EIA) explained that, besides the cost per barrel of crude oil, federal, state and local government taxes also contribute to the retail price of gasoline. Crude oil pricing structures are quite complicated and are based on a combination of supply and demand and how oil futures are calculated. Oil futures reflect how investors feel about the economy going forward.

The federal gasoline excise tax is 18.30 cents per gallon and the federal Leaking Underground Storage Tank fee is 0.1 cent per gallon. As of July 1, 2018, total Colorado state taxes and fees on gasoline averaged 28.62 cents per gallon. Sales taxes along with taxes applied by local and municipal governments can have a significant impact on the price of gasoline in some locations.

Most of the major oil companies have credit or debit card promotions, each with varying price structures and rewards options. One such card, “Drive Savvy Rewards” is tied into three retail gas suppliers. Conoco, Phillips 66 and Union 76 with each vendor’s mobile app. Valero and Cenex also offer their own programs.

The Roaring Fork Valley Co-op offers $25 lifetime membership program. This includes two percent off all purchases including gasoline at the pump.

Then there is the City Market fuel rewards program, which ties its ten cents off per gallon savings at participating gas stations to the City Market Value Card. Plus, the Kroger (owner of City Market stores) Rewards World Mastercard offers significant savings but only at Kroger Fuel Centers. Presently, the closest centers are in Rifle and Eagle.

According  to the official site plan submitted to town officials, the new City Market Carbondale Marketplace on Highway 133 will include an on-site fuel center and an electric car charging station.

In addition, many major national and international general credit cards (Visa, Mastercard, American Express, Discover, etc.) offer cash back or other rewards for using their card. Check with a particular card company for information on gasoline purchases.

Plus, www.autoblog.com posts local and out of town prices.

Check with the car manufacturer to determine which type of fuel — regular, plus, premium or diesel — is best for a particular vehicle.

It can seem like a complex and mystifying process for consumers to figure out which rewards program is the most cost-effective. A good idea is to go to each website and evaluate the details.

All prices are per gallon for regular unleaded gas and were recorded on Sunday, Nov. 24, 2019.