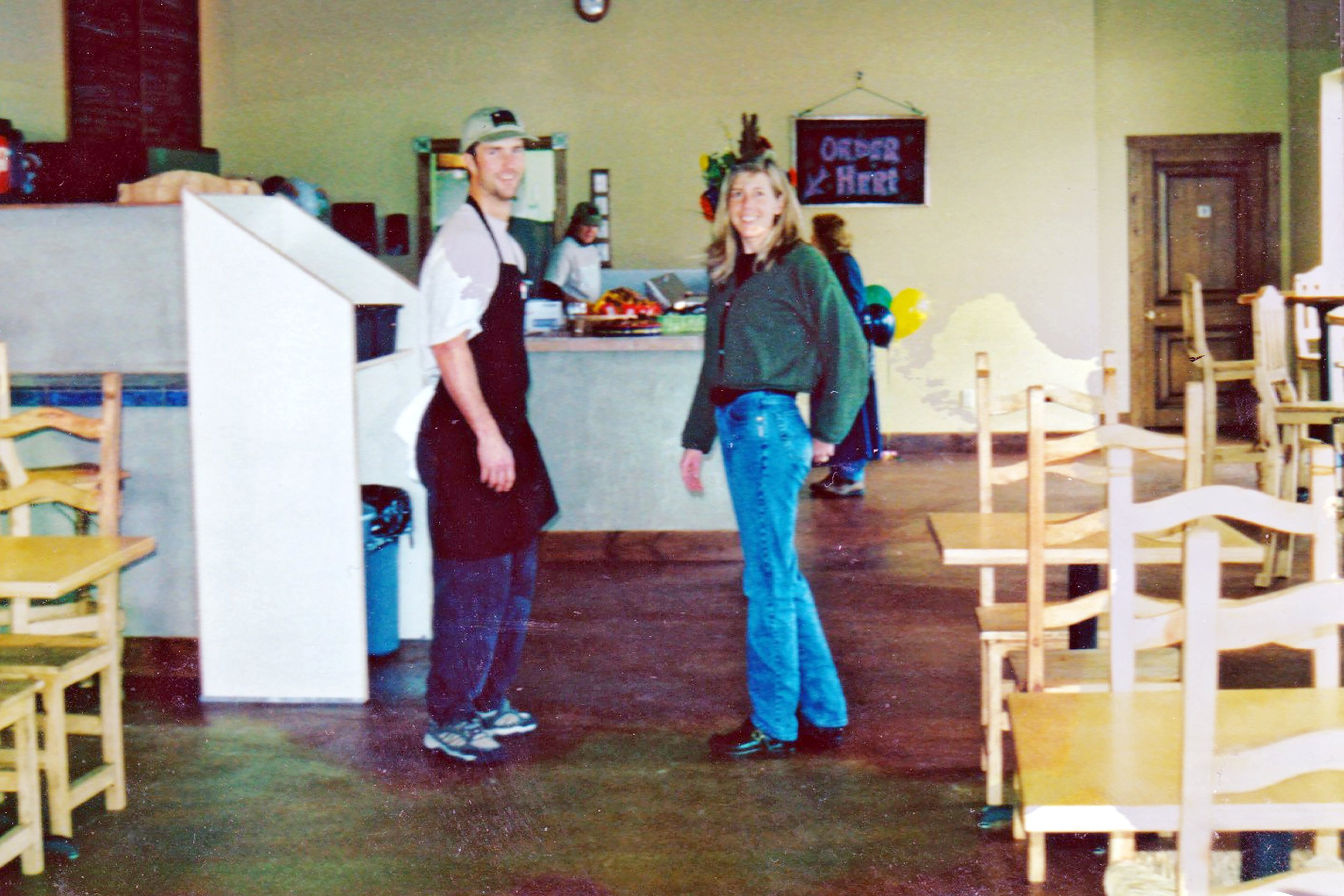 Dos Gringos Burritos and Café Olé coffee shop (Dos) recently launched a 52-week giving campaign leading up to their 20th anniversary on 11/11/2020. The campaign, known as 1111, will conclude with a total of $11,000 cash donated over the year to 52 nonprofit organizations in the Roaring Fork Valley.

Each week, Dos spotlights one nonprofit as a donation recipient. For the first 14 weeks, an employee will select a charity to support.

Dos co-owners, Julie and Nelson Oldham, are no strangers to giving back to the community.

From the start, they signed on to have 100 percent of their electricity produced through wind power. Julie recalls, “When I started the restaurant, and I signed up for wind power, it was like our electric bill every month is $1,000. So Dos gave me a platform to invest in the community and in organizations and programs that Nelson and I are passionate about at a much bigger scale.”

Julie notes the idea for the giving campaign was “percolating for a couple of years.” As a result, she adds, “I am learning new things every day about the good works in Carbondale and the Valley.”

The Oldhams, who had been living in the Valley for a couple of years at the time, saw the need for an independent restaurant that had fast counter service and offered menu items made from scratch. They are committed to not using pre-made, processed, or frozen ingredients. Their coffees are fair trade and organic. The pastries are made in Aspen and the bagels in El Jebel.

Dos, located in Carbondale at 588 Highway 133. They were the first ones to sign a lease in La Fontana Plaza. Julie says the developer at that time, Terry Alexander, “used us as a sales tool to get other tenants because we created so much foot traffic.”

Though their lease started on Nov. 1, Julie says they waited until Nov. 11 to open their doors. She explains, “Eleven has always been a lucky number for me, which is why we started on 11/11, and it’s also why we picked $11,000.”

The floor layout has the same number of tables since the 2000 opening. The menu selection is virtually the same, with only a handful of items added over the years. In 2004, they opened the Café Olé coffee shop.

A marked change, Julie recalls, came in 2008, “When we hit the recession, we froze our prices for five years. We added the medium burritos so there was a lower price point. We just added more and more options at various price points, so that people can still feel like they were treating themselves.”

They continue to successfully create year-round employment in a valley driven by seasonal industries. Julie emphasizes that “Unlike some businesses that have seasonal employees, we are working really hard to operate on a super small dedicated crew so that we can create year-round sustainable employment for people in Carbondale, in a business that fluctuates pretty drastically seasonally.” She adds it requires teamwork from all employees to learn and cover all tasks, from dishwashing to counter service.

Though the Oldhams are now divorced, they agreed the business was important to them and the community. Julie says of their collaboration, “We still respect the partnership and appreciate the complementary skill sets and personality traits [of one another] that make us business partners.”

To date, the nonprofits and the employees who have chosen them, are Return to the Dirt (selected by Deatra Glock); Ascendigo Autism Services (selected by Emily Baker), the Carbondale Clay Center (selected by Jennifer Arnold), and The Rampage, Roaring Fork High School’s newspaper (selected by Ricky Camacho).

“What’s more impactful is the exposure that we can give them” Julie says by featuring the nonprofit’s information posted on Dos’  website, in the restaurant, and on social media sites.

The restaurant business can be a fickle one. Julie reflects on the bigger picture of Dos’ longevity by saying, “We wouldn’t be here if the community didn’t support us.”