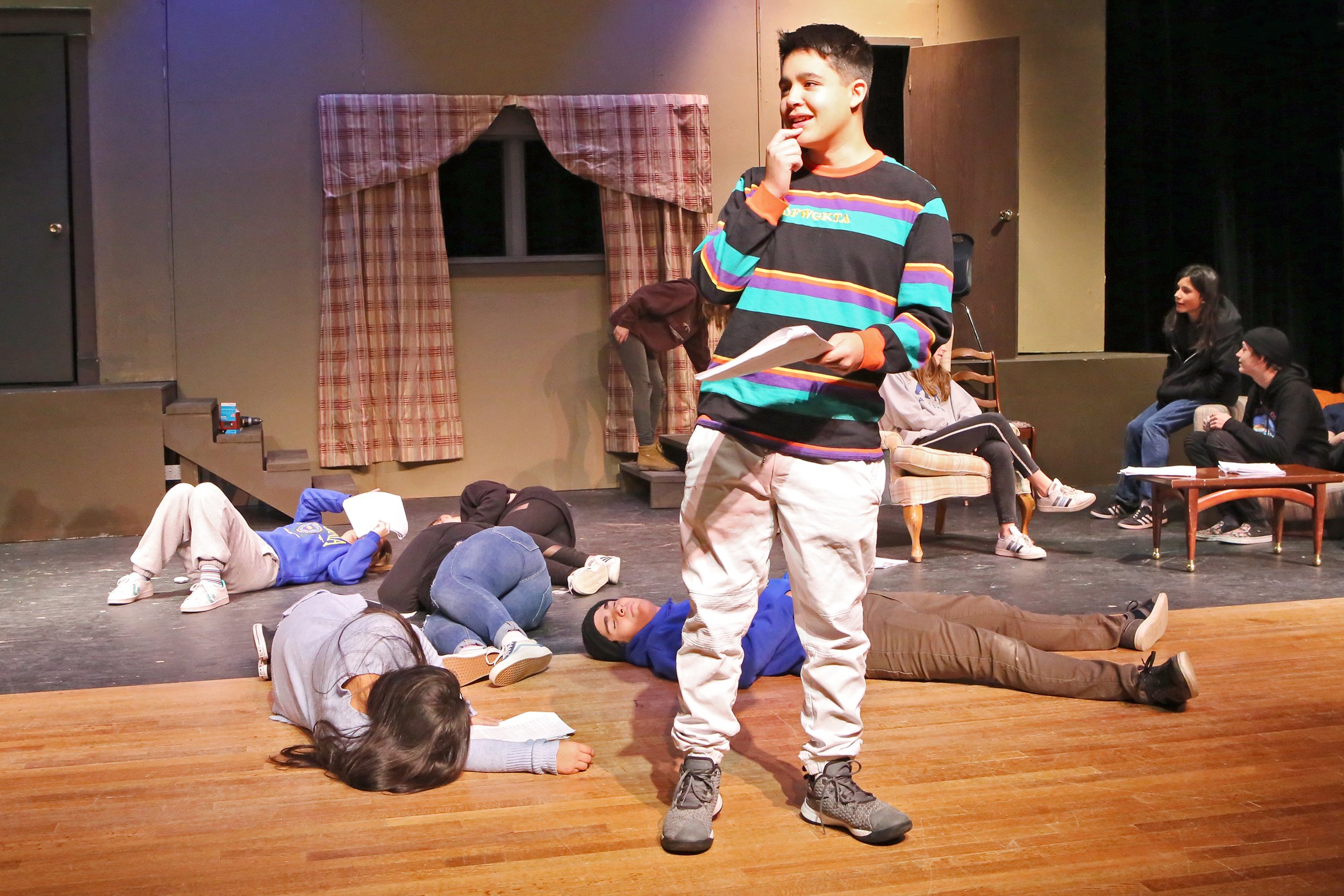 This Friday the 13th, let the misfortune unfold onstage instead of in your life.  The Roaring Fork High School drama class presents “Off At the Holiday Bake Off” at 6 p.m. in the auditeria (2270 Highway 133). Tickets are $10 for adults and $5 for kids — email mkuhlman@rfschools.com for reservations.

The action unfolds in a Holiday Inn in upstate New York. Junior Marcus Lopez declined to disclose whether the baking might be a motive for the murder, and indicated that the character he portrays, Detective Detective, might be even more clueless than the viewers.

It does, however, create the perfect pairing with the baked goods the students will be offering in lieu of traditional dinner theatre fare. It’s a twist on what has become a standard for a class still reinventing itself after teacher Marcia Kuhlman brought it back.

“It’s a class production, and our student base changes, so we try to offer a wide variety of opportunities,” Kuhlman explained. “Murder mysteries and dinner theatre are something you can bring the whole family to, so it seemed like a good entry point.”

“It’s a growing program. We’ve definitely made some progress,” she added. “The students have a real respect for the dedication and effort it takes to do a full production and the goal is to do more established plays soon.”

In the meantime, junior and Assistant Director Jessica Kollar pointed out, there are a wide array of ways to be involved.

“It’s not just a class for people who want to be on stage,” she said. “There’s lighting and set building and costuming. Anything you want to do in theatre is here, or we can make it happen.”

Kollar herself has had ample opportunity to practice her art through the Stage of Life theatre program.

“It was a really good experience,” she recalled. “Nowhere else could I be with kids my age doing drama.”

But she’s also enjoying taking a more high-school approach and stepping into the director’s chair — though she also has a role onstage, bickering with fellow Assistant Director Zane Hanlon’s character.

“It’s interesting to watch people learn,” she said. “To be able to see them step out of their own feelings and into a role has been amazing. I feel like we can dive deeper into the themes of the show instead of just blocking.”

Hanlon himself is still learning. He was involved in the same plays as everyone else at Carbondale Community School, but got involved in the Roaring Fork drama program mostly with filmmaking in mind. Then he was cast as a lead in a past production, and now he’s really branching out.

“It’s challenging, but sometimes it just clicks,” he said. “It’s been a lot of fun. There are a lot of good people here.”