The locals’ mountain opens for the season 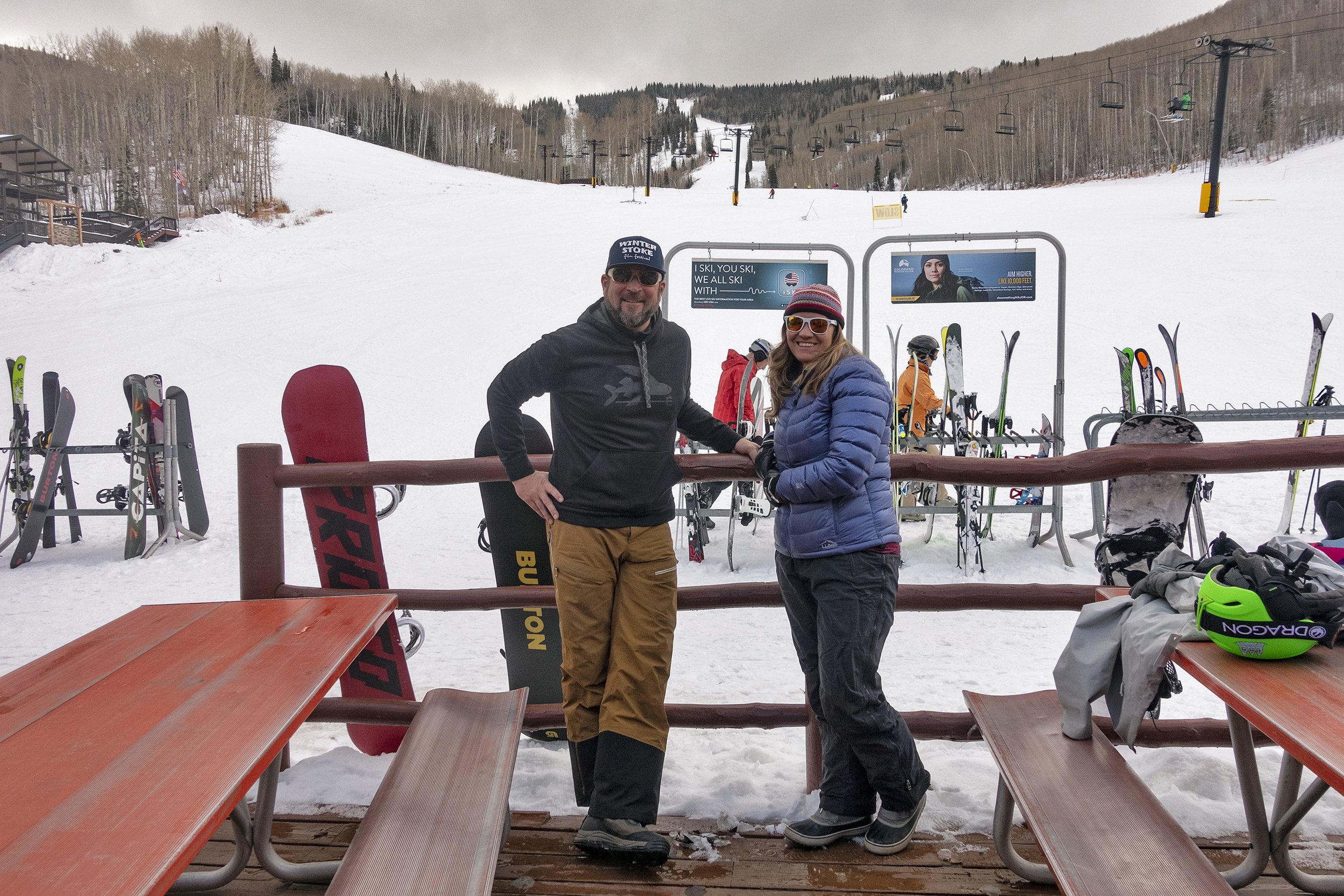 With — count them — 680 acres of skiable terrain, Sunlight Mountain Resort is quite the ski hill with expansion and improvements on the near horizon. Its size today matches that of upvalley Aspen Mountain.

Sunlight opened a week early for skiing in the 2019/2020 season. And this weekend’s official opening will be quite the celebration. As a thank you to the community, Sunlight is offering special discounts on Saturday and Sunday for pass holders from any other resort.

The mountain boasts not only terrific skiing for beginner, intermediate and advanced skiers, but also a ski school for skiers and riders of all abilities. The Sunlight Winter Sports Club (SWSC) runs a variety of kids’ ski racing programs as well.

As Troy Hawks, Sunlight Marketing & Sales Director stressed, “We’re mostly an all volunteer operation with a strong community feel.” that has been attracting not only locals, but ski enthusiasts from the region and around the country.

These include Buddy Werner for kids six to 12 who want to develop ski racing skills in a fun, kid-oriented program. All volunteers and coaches are registered with the U.S. Ski and Snowboard Association, undergo background screening and are trained and tested in the United States Olympic Committee SafeSport program.

Next step is The Youth Ski League (YSL) team, designed for the racer who wants more coaching and contact days than the traditional Buddy Werner program, yet isn’t ready to commit to the full Ski Team program. Skiers ages eight to 16 years meet with ski team coaches all day on Saturdays and Sunday mornings.

The Ski Team for Age Class & Ability provides coaching for kids ages 10 to 14. Plus, SWSC has  the Big Wednesday after school training for kids in any YSL or part time participant (and others approved) the opportunity to enhance their racing experience.

SWSC three head coaches, Jake Gentry, Caroline Rubin and Leigh Sheldrake credit their love of the sport and their dedication to helping young skiers reach their potentials with inspiring them in their roles as volunteers for the programs.

Sunlight also was the starting point for Olympic and World Cup racer Alice McKennis who began skiing at age three. Born in 1989 in Glenwood Springs, McKennis grew up near New Castle. She gained her first World Cup victory (and podium) in 2013. She specializes in the speed events of downhill and super G. In the 2018 Olympic Downhill, she finished in an impressive fifth place.

Hawks announced that three new tree trails on Sunlight’s East Ridge will be named after McKennis, nicknamed “The Alligator.” The trio of steep glades will be known as “Alligator Alleys.” Hawks and the entire Sunlight family are looking forward to McKennis’ anticipated visit sometime in March.

On the planning board for Sunlight, Hawks noted, are a new fixed grip quad lift and expanding the total terrain by 100 acres.

Sunlight season lift tickets are now $589, according to Hawks. Walk-up day lift tickets are $68 for adults, and $45 for kids six to 12, members of the military and seniors 66 to 79. Kids under five and adults over 80 ski for free. At the resort-owned Sunlight Ski and Bike retail store in Glenwood Springs, for $700 a customer can get a lift pass, skis or a snowboard and a nice warm soak in the Glenwood Hot Springs.

The resort offers ski and stay packages, special events throughout the season and is planning another January X Games package.

Sunlight, now it its 53rd season, is a resort where you can park for free, walk to the lifts, never stand in line and ski all 67 trails back to the lodge. As the resort claims, without the crowds, the powder lasts for days.