Carbondale Arts teams up with Kroger for art installation 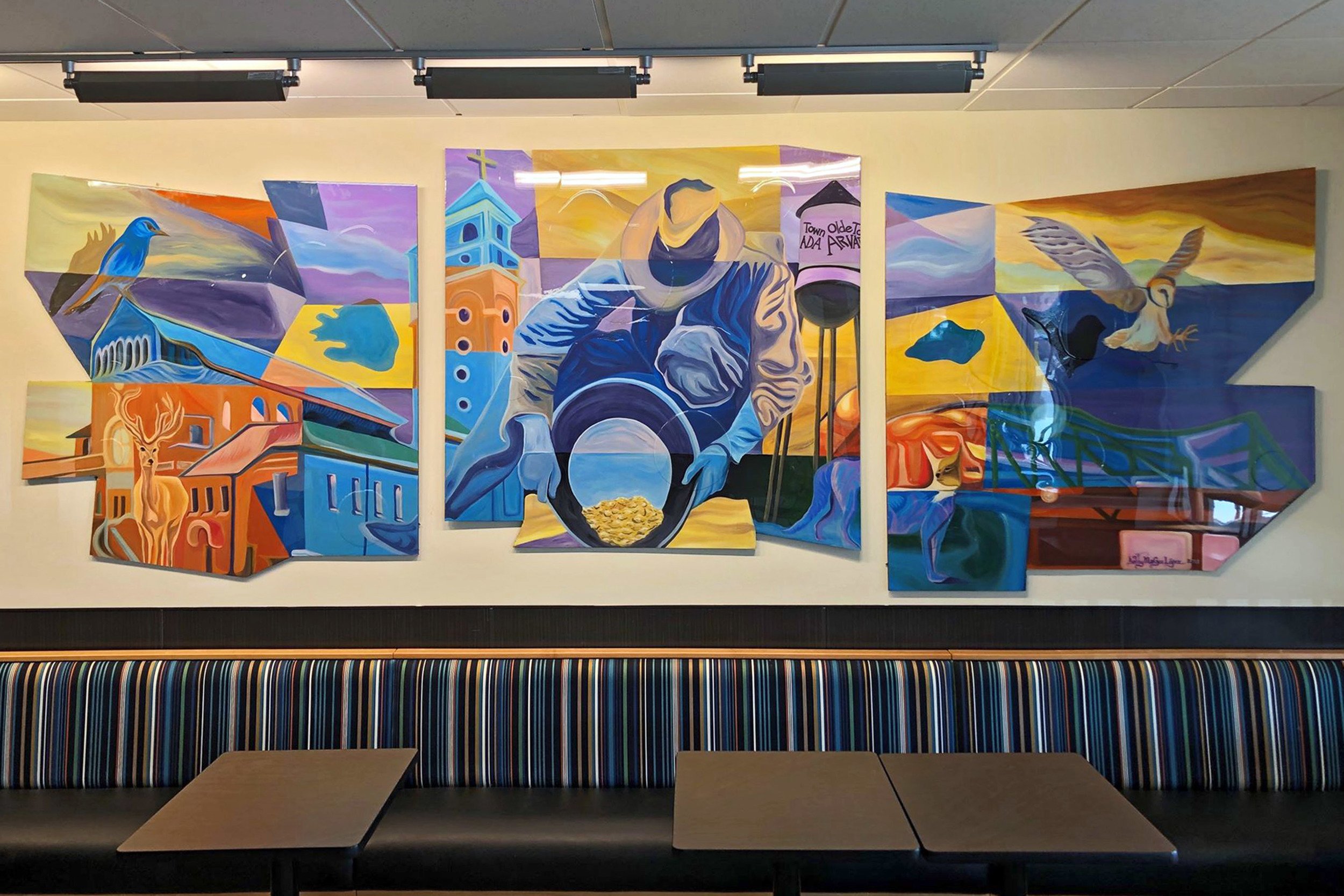 One local artist will get a chance next year to make Carbondale’s new City Market a little more unique. It’s a part of parent-company Kroger’s Art Program that’s putting public art in new stores around the country. “In 2015, [Kroger] decided to do local arts projects for all the new stores,” said Bo Wachendorf, Kroger’s Art Project Manager, based in Cincinnati.

Wachendorf has been with the company since 2016 and since then, he’s overseen 100 projects from Alabama to Alaska.

Each installation features an artist’s interpretation of the area. Project media has included painting, glass mosaic, wood design, sculpture and mixed media. One of Wachendorf’s favorites was finished this year in Aurora, Colorado. “It’s got a lot of complicated patterns as well as wildlife and local landmarks and landscapes,” he explained.

The point of the project is to involve local communities in a new store and add something that sets the store apart from all the other City Markets, Krogers, King Soopers, Smith’s, or Ralph’s across the U.S.

Carbondale’s new store will feature sushi and Starbucks, a fuel center, including recharging stations for electric vehicles, and a pharmacy with a drive-up window among other amenities. These features are typical for stores across the state, but the art installment will be Carbondale’s alone.

Carbondale Arts is the liaison between Kroger and the artist whose work will eventually grace the vestibule of the new store. Director Amy Kimberly said Kroger contacted her first.

“It’s Kroger’s way of connecting with the community and supporting local art,” she said. “They also work with the local arts councils.”

Wachendorf said the project design doesn’t have to be a mural. “It could be mixed media or some other type of media,” he explained. “We typically don’t use photography, but other media is perfectly fine.”

Here’s how it works. First, Carbondale Arts will put out a call for artists the second week of January. Kimberly said artists from the Roaring Fork and Colorado River valleys are welcome to apply but the focus will be on a Carbondale-oriented design. “You would submit six samples of your work and a rough drawing of your idea and a resumé,” she added. “We’ll be collecting those to maybe the end of February.”

Carbondale Arts will weed out incomplete applications and send the rest to Wachendorf. Kroger will choose the artist and three runners-up by mid-April. The runners-up will each receive a $300 stipend for their efforts.

The journey to the new City Market has been a bumpy one. In 2003, Carbondale residents voted down what was then known as the Crystal River Marketplace. In 2012, the same thing happened to the Village at Crystal River. Both were large-scale commercial and mixed-use developments proposed for the property.

Carbondale Town Trustees approved the new City Market in 2018. It has seen at least seven permit extensions but no public pushback.

Jessica Trowbridge, Corporate Affairs Manager for King Soopers and City Market, said the new store is on track to open next summer. She added that there have been a few weather delays. “When you can’t get people in there, it always slows progress but it hasn’t changed our target date [for opening],” she explained.

Amy Kimberly believes the store can be a positive addition to Carbondale. “Growth is the one thing we can be sure of right now,” she said. “ I think that any community’s job is to take this growth and bring it into our community in an authentic way.”

She pointed to First Bank as an example of a corporation contributing to a small town by supporting First Fridays, the Rosybelle Maker Bus, and featuring local art inside the bank. She added that corporate collaborations with local communities will probably increase. “We find win-win situations that are really innovative,” she said. “I love the innovation that’s happening.”

Keep an eye on carbondalearts.com for application information beginning in January.