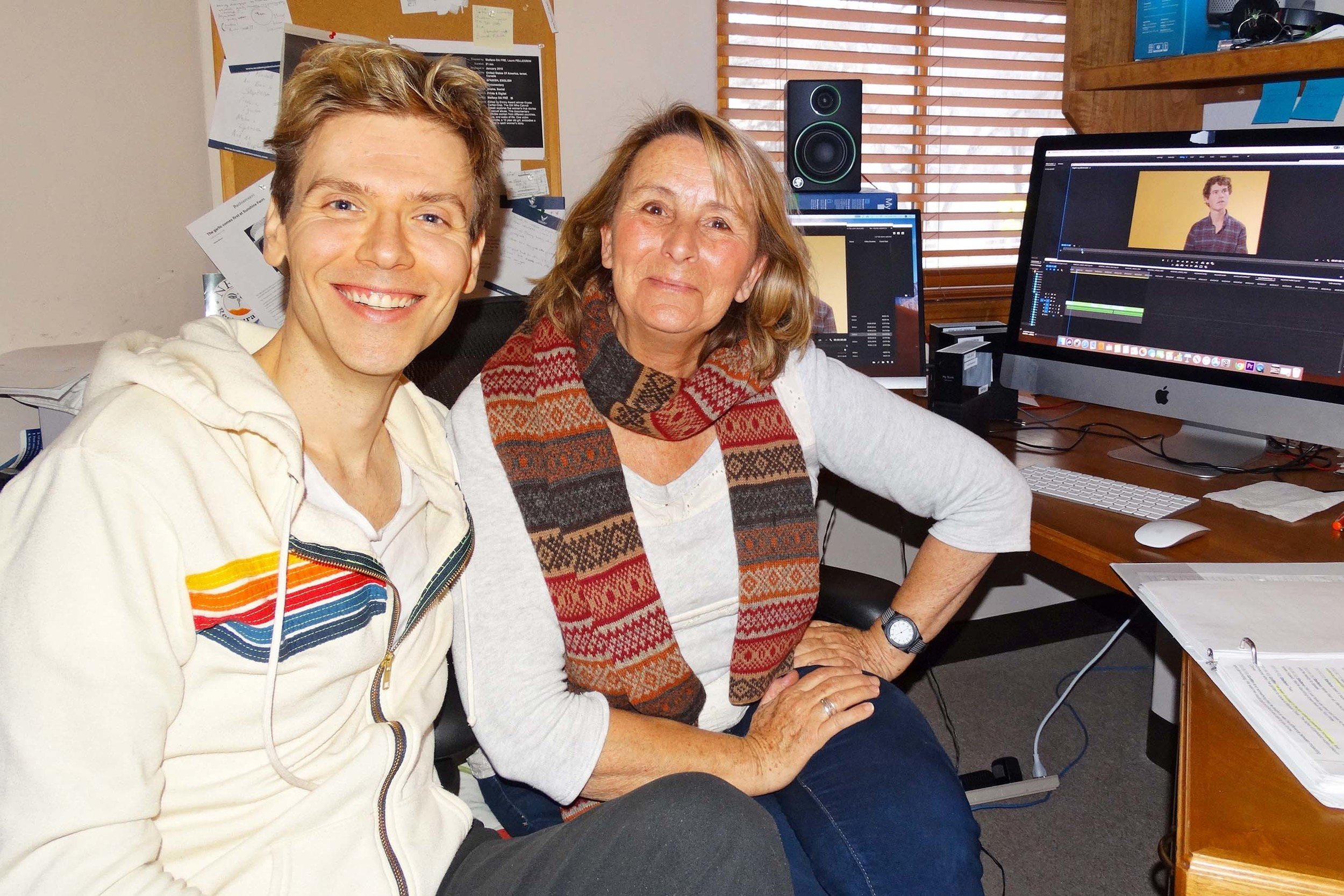 Carbondale’s connection with award-winning filmmaking is closer than you might think. In a second-floor office at CoVenture, you will find award-winning film editor Krysia Carter-Giez and director Stefano Da Frè sifting through hours of film footage for their newest collaboration titled “The Day I Had To Grow Up.”

The documentary focuses on “stories of prominent youth activists as they discuss their hope for change in America.” It features six youth activists, working to bring change to high-stakes policy issues, including; the student debt crisis, repealing the Supreme Court’s Citizens United decision, lowering the voting age, political action on climate change, and legislation to prevent gun violence.

Da Frè was inspired after watching a video of 18-year-old Jeremy Ornstein being arrested while protesting outside of the United States House Speaker Nancy Pelosi’s office. The video, which had 1.4 million views in less than a week, showed Ornstein delivering an impassioned speech about all the “growing up” he and other youth have had to do in the face of today’s problems. Ornstein now works with the Sunrise Movement, a group advocating for political action on climate change.

Another activist, Taylor Turner, lost her friend to gun violence in the 2018 Marjory Stoneman Douglas High School shooting. Turner’s work with March for Our Lives (MFOL), culminated in a student-led demonstration in support of candidates and legislation to prevent gun violence in Washington, D.C., in March 2018.

Carter-Giez and Da Frè have collaborated on film projects for about five years. Their film, “Tu Me Manques,” won third place in the Short Feature category at the 2017 Cannes Film Festival. Their last documentary, “The Girl Who Cannot Speak,” was about women who had experienced sexual abuse and was showcased at NBC’s “Meet the Press” Film Festival.

Carter-Giez, who currently lives in Carbondale, moved to the Roaring Fork Valley in 1992 when she founded her filmmaking company, Common Language Productions.

Originally from Yorkshire, England, she had a career in television film production in the United Kingdom., starting as an assistant film editor. She then moved to London, where she worked as a freelance film editor for several years. Projects included working with the BBC and many independent film production companies.

She won a Daytime Emmy award in 1998 for Outstanding Directing in a Children’s Special for “Letters from Africa,” a film about young pen pals from Colorado and Malawi exchanging letters, pictures, and videos.

After moving to Colorado, she connected with film producer Carol Fleisher of fleisherfilm, inc. They worked together for about ten years in Basalt, making documentary series for PBS, National Geographic, and NOVA.

She has worked with the Basalt-based Huts for Vets nonprofit, alongside friend and executive director Paul Andersen. Carter-Giez filmed military service veterans trekking into the mountains to document the organization’s wilderness therapy programs. She produced shorter films for their Facebook page, website, and fundraising efforts.

She explains, “For quite a period, that’s what I’ve been interested in using my skills to help nonprofits that I think are really making a difference.”

The process for their current production began at CoVenture in July and ended with a rough cut sent to the network. Since Thanksgiving, they have been working on their second edit.

Working at CoVenture affords them the opportunity to work in a space filled with other creatives. As Carter-Giez reflects, “There’s an energy about the place because I think there’s a lot of innovation and you pick up on that.”

Of the editing process, Carter-Giez says, “It’s important in the editing to be able to really honor what people are saying, what they’re trying to say, what their message is, and to try to present that the best way that we can.”

Da Frè describes their filmmaking partnership as, “We just know specificity is our best friend and generality is the enemy of art. And so we try to remain the least general as possible.” He adds, “We think and talk about our ideas a lot.”

An IndieGoGo fundraising campaign for “The Day I Had to Grow Up” launched on Dec. 5 on Instagram. Interested donors can visit tinyurl.com/hadtogrowupdoc for more information.