Let Them Roar plays for a cause 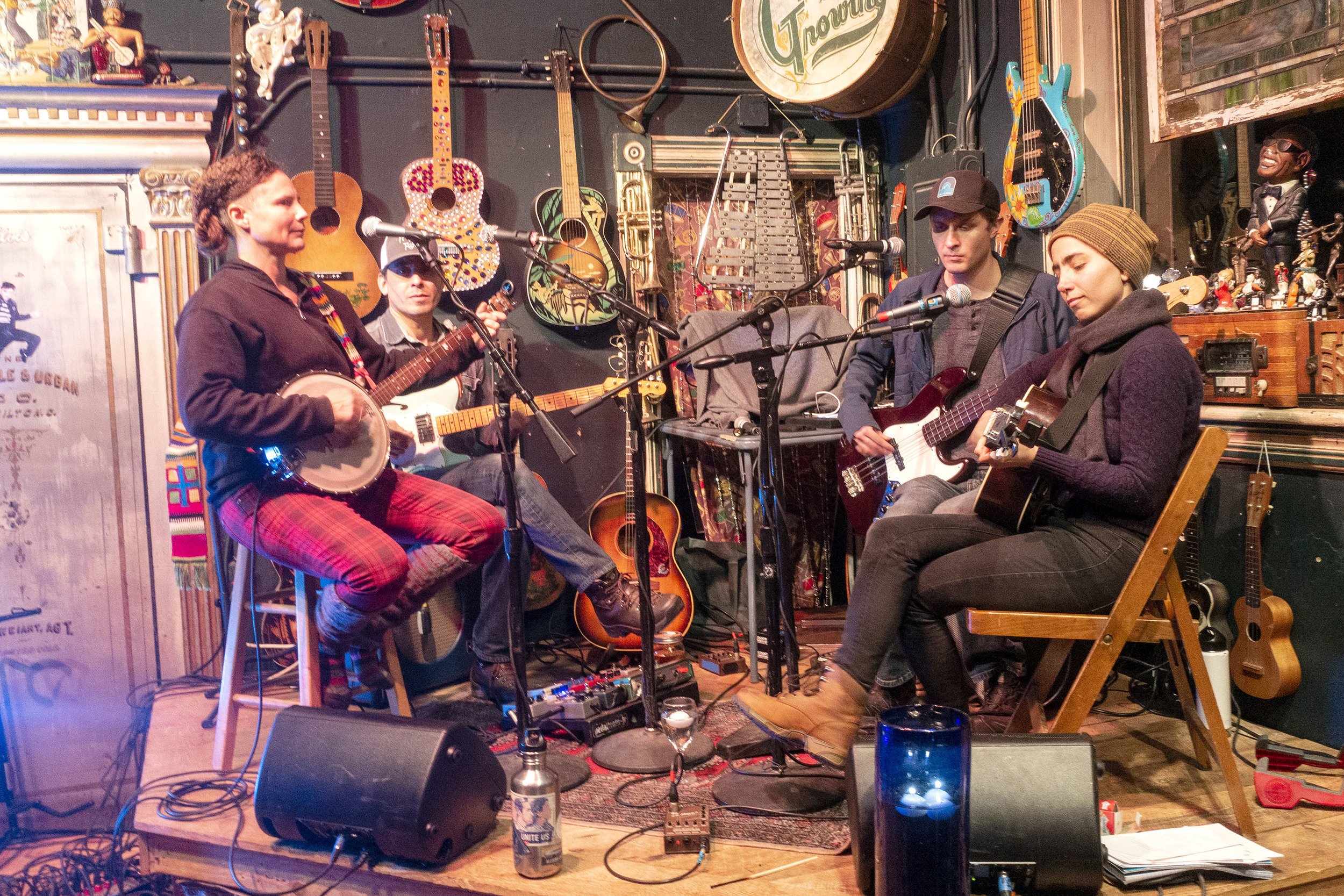 Let Them Roar is quite a powerful name for a group of musicians who take on the challenging goal of supporting social causes like the Colorado Sanctuary Movement.

The sanctuary movement began in the early 1980s to provide safe-haven for Central American refugees fleeing civil conflict. The movement was a response to federal immigration policies that made obtaining asylum difficult for people from that region.

Just be aware that the show will be performed totally in the dark, except for a few candles placed strategically around the stage. Audience members will take their seats for a musical experience with a continuous soundscape.

The show is built around the metaphor of the Winter Solstice, the longest night of the year. A dance party follows on Saturday after the show.

This fund and awareness raising event is tied to the band’s release of its new single “I See My Light,” a song inspired by women who have taken sanctuary at places of worship in Colorado.

According to Sophia Clark, vocalist and guitar player, “This will be our final big event for ‘I See My Light,’ our immigrant rights project that we have been working on all year. We launched on the Summer Solstice with the goal of raising $40,000 for five immigrant women leaders of the sanctuary movement in Colorado; to date we have reached about $13,000, which is a huge accomplishment.”

She added that 90 percent of the proceeds go directly to the six women now in sanctuary in the state. The band’s third set, new day dawning, continues this theme.

The performances are presented in connection with Carbondale Arts and KDNK. Radio station manager Gavin Dahl described Let Them Roar as representing Colorado with their inspiring messages of resilience, community and love.

Dahl added, “With their song ‘We Are Not The Broken Ones,’ they have shown they are ready to build their fanbase far beyond the Roaring Fork Valley.”

Sanctuary Colorado works to oppose deportation and discrimination. The mission on its website stated, “As people of faith and people of conscience, we pledge to resist the newly elected administration’s policy proposals to target and deport millions of undocumented immigrants and discriminate against marginalized communities.”

Members of the Sanctuary Unidos committee of Two Rivers Unitarian Universalist, the congregation which hosted sanctuary in Carbondale, recently scheduled an interfaith vigil at the Garfield County Courthouse in Glenwood Springs. It was designed to support immigrant families who find themselves separated during this holiday season.

Let Them Roar began in 2010, as a group of friends playing country music in 2010 in the Valley, and has since grown into a band that brings their hearts to festival stages and listening rooms across the region. It weaves a tapestry of progressive folk from threads of tradition and inspired by where they live.

Go to letthemroar.bandcamp.com to purchase tickets at $20 each. Any money paid in addition to the ticket price will go to the sanctuary project. Donations will also be accepted at the door.