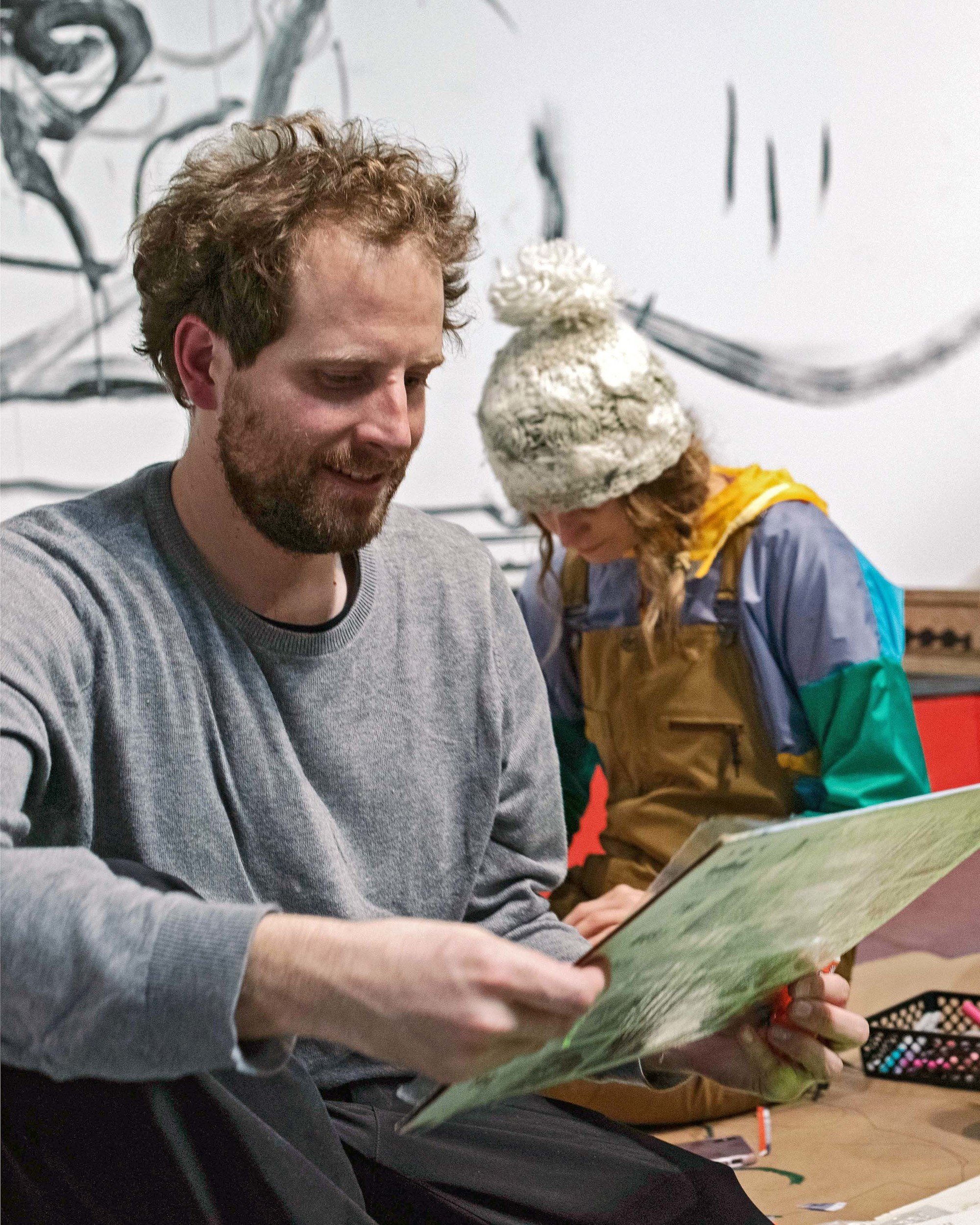 The Sun is conducting series of interviews with folks you may not have seen in the paper before – a sort of introduction to your neighbors. This week we caught up with Chris Hassig, who’s art should be familiar to you — if nowhere else but in the logo on The Sun’s flag, which he designed as part of a contest way back in 2010.

Q: How did you come to live in the Roaring Fork Valley?

A: My Parents had lived in Somerville, Boston as part of an artist cooperative. My mom is from Denver originally and she spent summers in Carbondale and Dad went to Outward Bound in Marble in the ‘60s. And then Dad got a job with an office in Aspen in 1991, when I was four.

Q: What were some of your favorite aspects of growing up here?

A: My friends, first and foremost. Nick Forbes and Ned Perry, they’re still in town, and Torrey Udall is down in Boulder. We were a gang of musketeers. I lived in town but Nick first lived over at CRMS and then up Cattle Creek and Ned lived up towards Spring Gulch and Torrey lived up Prince Creek. So, all three of those places were totally amazing to wander around. We lived in this endless hunter gatherer mode, wandering around and playing games in the woods.

Q: You are known as an artist locally, as well as a DJ on KDNK. What are some other aspects of you that the town might know?

A: Well, I love telemark skiing. I spend all winter skiing if I can. Last year, I think that I skied 112 days. Backpacking, getting out in the wilderness, is also important to me. I love music, people should know that from my DJ-ing and stuff.

Q: Tell us more about your art.

A:  I guess that my art has a lot of different facets. I was always fascinated with maps, so I decided to create my own map of my own fictional country when I was 13 or something … And then I moved away from that and did some other art in college that was more standard studio art stuff.

Then I started getting into grass drawings at the very end of college. I did this little sketch of a piece of grass and then another one and when I decided to do a big piece of paper, I had to make it into a studio project. So I made it into a sort of abstract pattern but it was still grass. And then I made it into a tapestry of lines that you could extend infinitely, theoretically, if you had enough time.

I evolved along from that into more abstract drawings that were similarly drawn on map-style, architectural drafting techniques. I had been mesmerized by the more mditative aspects of the grass drawing and also became interested in how to build up atmosphere or illusion through contrasting patterns and colors and layering up of different media. All along, I continued this map hobby of mine, so I continue working on printmaking.

Q: What’s the feeling of seeing your art out in the world?

A: I do love it. It’s fun to think that it’s out there giving people a little bit of joy in their life when they look at it.

Q: Music is another big part of your life. I imagine it’s a good marriage with patient, detailed art?

A: I just love learning things and music especially is such a deep well. It’s crazy how much music is out there and how much comes in the door at KDNK each week. I’ve been actively trying to remain open to all kinds of music as I become an older person. They say that your ears become settled in their ways but I hope that mine don’t.

Q: Any hopes, dreams or aspirations that you want to share?

A: In every one of my different projects I have hopes and dreams and aspirations. I want to become a better skier; I want to explore the deep desert backcountry canyons more; I want to help KDNK be as awesome as it can be and protect what it has going; and, to figure out how to keep Carbondale basically the way that it is. In artwork, I feel like one piece sort of leads to the next piece, so I have very short-term ambitions.

A: I just love being a part of the community in Carbondale. We have such a great sense of community here, I hope to spend less time anywhere else.