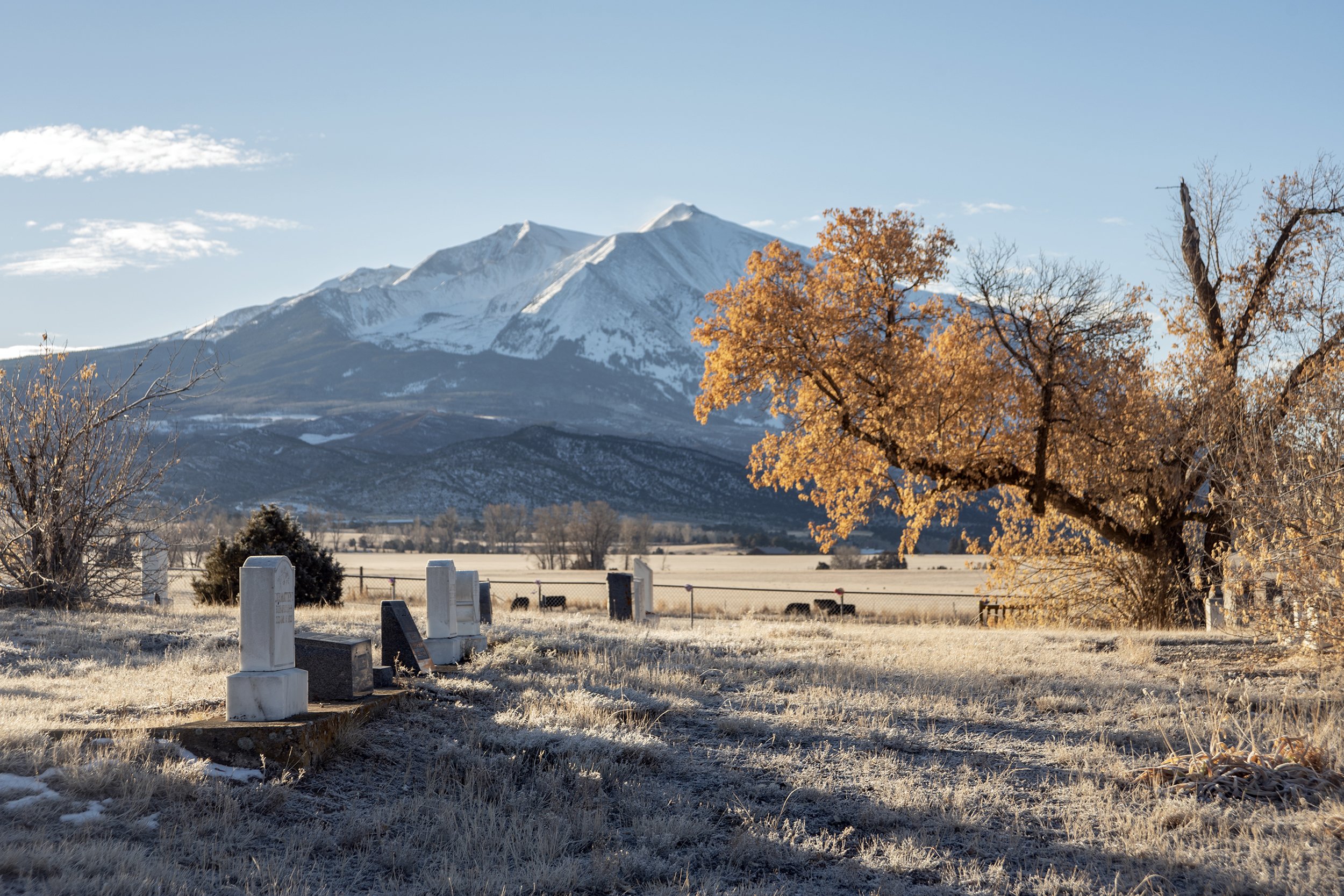 Too many people are used to making the walk up White Hill, having a pleasant chat with Paul Nieslanik and heading down without ever visiting the cemetery that is the only official reason for the public to venture past St. Mary’s church.

“Most people seem to consider it a public roadway,” Town Manager Jay Harrington noted. “But it’s not a county road and it’s not a town road. It’s access for cemetery purposes.”

That wasn’t explicitly established in the 1921 deed that expanded the cemetery and granted access to the Town. (Incidentally, it’s up for another expansion, but with prep work pending and time needed for it all to settle out, don’t expect to see gravesites on sale for two or three years.)

It was a series of lawsuits over access to the planned Te Ke Ki subdivision in the 1990s that brought the issue to a head. A judge ruled that the road was on Nieslanik property, which had immediate development implications but wasn’t heavily enforced otherwise.

So the ranchers have dealt with loose dogs and doggy bags, kids jumping on the hay bales or messing with the irrigation, tire tracks in the fields and recently a whole section of fence taken out in an accident.

On that occasion, Carbondale Police were forced to wait at the bottom of the hill due to jurisdictional issues. Now, as the Town prepares new signage to reinforce the rules, the police are working with the Garfield County Sheriff’s Office to tagteam enforcement.

Exactly what sort of proof they’ll require for those visiting the cemetery is up for grabs, but it’s a dead giveaway if you have a dog in tow or it’s after dusk — both are prohibited by Town rules.

And after years of trying to be neighborly, Tim Nieslanik, for one, is ready to see some compliance.

“Unfortunately, a lot of people are going to lose the right we gave ‘em to use it because a few people abused it,” he said. “If the public’s gonna be on it, we expect them to be using it for its purpose.”

Paul, for his part, can understand the allure.

“If I was a walker, there is no place in the world I would rather go than up there,” he said.

But, as Celia pointed out, times have changed.

“I just don’t think people have the same respect anymore,” she said.

And it’s hard to run a ranch without that respect.

“We’re struggling to survive. Land doesn’t buy you groceries or pay your bills,” Tim noted. “If that land was full of houses like RVR, I don’t think the town would be the same.”

In Harrington’s estimation, it will take public support and understanding to prevent such an outcome.

“The population base of Carbondale is going to continue to change,” he said. “If we’re going to embrace having a viable ranching community around us, there’s going to have to be some give and take.”