Chasséing through motherhood and finding balance through ballet 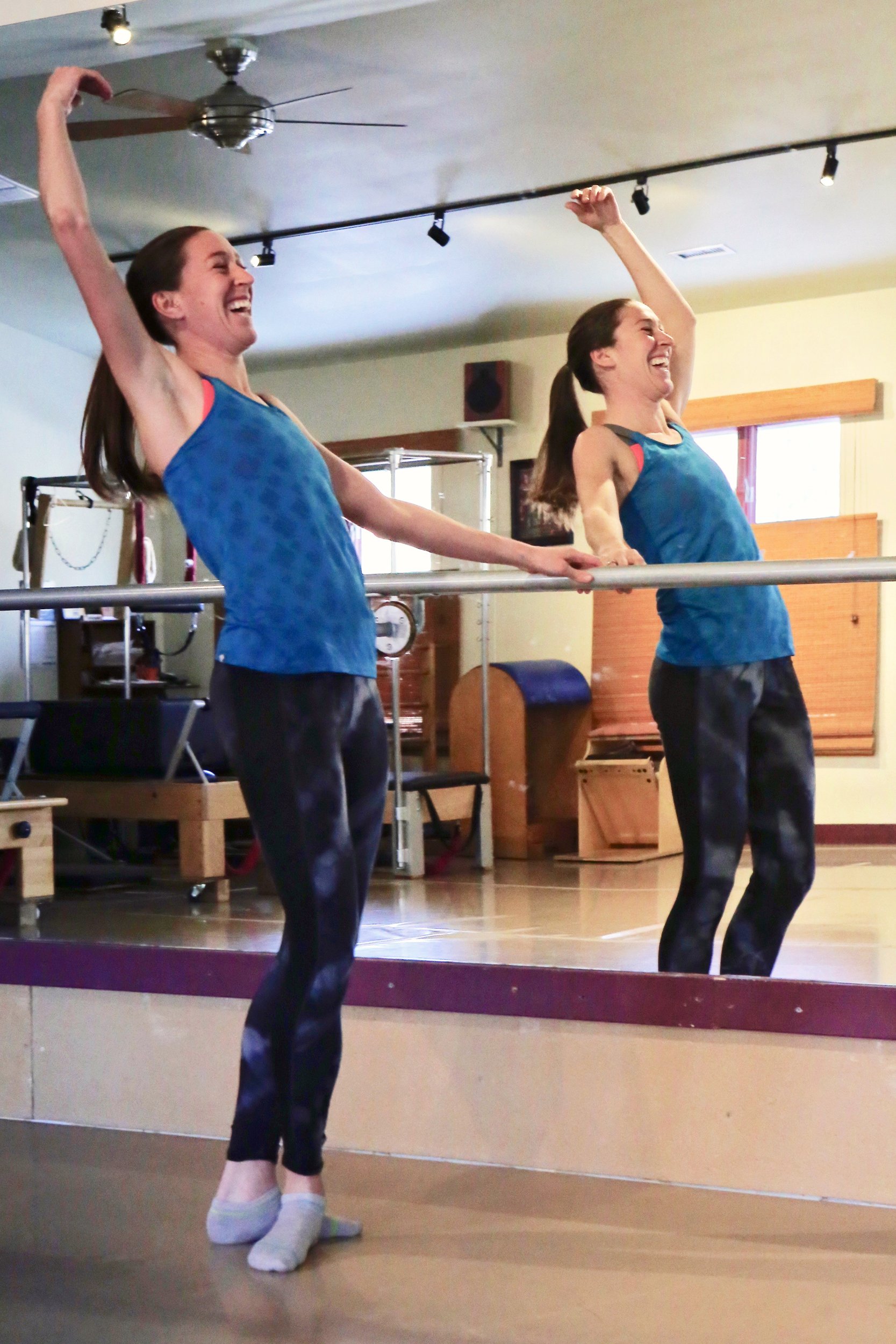 Like most major events in my life, motherhood came barrelling at me with the force of a flash mob; one minute I was planning a cross-country move to attend my dream graduate program, the next I was obsessively researching reusable diapers and natural birthing tips.

I’ve always embraced the unexpected, in fact for a long time I thrived off of it. Move to three different states in two years? Easy. Unplanned road trip to Canada leaving tomorrow? Sign me up. As a parent, however, I quickly learned that the unexpected wasn’t a romantic escape from life’s mundane routine — it was the new norm and I was barely keeping in step. I needed to gain a sense of control, so I redirected my life to the polar opposite of spontaneity: predictable structure.

This worked for a time, until my 2-year-old son decided to upend my meticulously created structure with his spontaneous combustions full of ideas, actions, and emotions. How dare he!

This sudden deviation from the norm led me to do what any parent who gives up her whole life for her child does: fall apart. My perfect routine that encompassed my child’s every move was shattered with his growing independence, and I was left feeling woefully inadequate.

How did I let myself get here? When did I become so unbalanced that typical toddlerhood would shake me up so dramatically? More importantly: what was I going to do?

First, breathe. Next, attend my weekly meeting at The Sopris Sun and declare I was going to take a ballet class because my running career was on a hiatus and I needed help.

If you know me, you know I dance like every other white girl at Bonnaroo circa 2004: gangly, uncoordinated, and probably stoned. To draw this point home, my middle school gym teacher bluntly suggested I run laps rather than participate in our class recital because I was disrupting the flow that much. Self-doubts aside, I was in the midst of a full-blown parent crisis and needed to fully embrace the inevitable awkwardness.

The morning of my first ballet class arrived and I was surprisingly nervous.

I’ve run major marathons as an elite athlete, I’ve applied for jobs far beyond my pay grade, I’ve given birth, but for some reason this small-town dance class was creating sweaty palms and knots in my stomach.

I double-checked the unfamiliar address and compared it to the sign on the door: Welcome to Coredination Bonedale Ballet!

I rolled my shoulders back and stepped into a warm and welcoming studio space with soft lighting. The floor was freshly polished, tall mirrors hugged the walls showcasing a spacious and organized environment. Co-owner Alexandra Jerkunica was lacing up her flats preparing for the upcoming beginner adult class I was attending.

Before I had time to make some off-hand comment that would unveil my cringiness, Alexandra came over to greet me. At that moment, the nerves circulating within my system were soothed by her demeanor. She carried herself like I had always hoped to: gracefully confident without an ounce of ego. I sighed with relief, slowed down, and decided to fully embrace the experience.

The other students filed in and we lined up along the wall to begin a series of barre exercises for warm-up. We began in first position followed by demi-plié cue my hips screaming in protest. Panic started to rise as I debated whether or not this was a logical decision. As my mind started to rev-up with over analytical thoughts, Alexandra calmly swept us into the next set and I no longer had time to dwell in a negative headspace.

Alexandra’s gentle teaching style led me to comfortably explore the exercises at my own pace. I released all inhibitions and fully gave into the experience like I promised myself I would. There were moments I found myself closing my eyes to focus on my breathe in synchrony with my form: inhale, tail-tucked, neck-lengthened, exhale, grande-plié. This was starting to feel natural … and dare I say graceful?

Alexandra’s husband and Coredination co-owner Anthony Jerkunica later explained his philosophy of grace to me.

“Grace is the ultimate expression of strength, coordination, awareness, body intelligence, and mastery,” he said. “It is a whole different strata of physical attainment. Gracious movement is very genuine and cannot be contrived. When you’re watching a ballet, the grace of [a particular] movement will touch someone in a universal way. Grace is such a key word [in ballet] because it harnesses all this control and power that is not about ego.”

As a multi-faceted study, ballet presented me with the unique opportunity to attain balance within the chaos of motherhood. I am but a novice to both of these experiences, but at Coredination I learned that the delicate movements of ballet are a part of a higher awareness of the mind, body, and soul connection.

This was the self-care I was craving and could apply to my daily life.

“The benefits [of dance] are directly correlated to what you put into it. Invest to yield the appreciation and fill your movement bank account.” Anthony noted, “Think about what you can apply it to and develop something genuine. […] Just enjoy and have fun with [dance]. Don’t be judgemental and remember you are a dancer as long as you apply yourself.”

By the end of my first ballet class I was beaming as I haphazardly chasséd across the room. The weight I had been holding onto for quite some time melted away with each jump, and I left that first class with a sense of clarity I didn’t realize was possible outside of running.

I left with a renewed sense of confidence where I could find balance and hold myself tall when faced with inadequacy. I look forward to my next class and hope to share this my newfound equilibrium with others at the next Coredination ballet class.