Getting a degree later in life 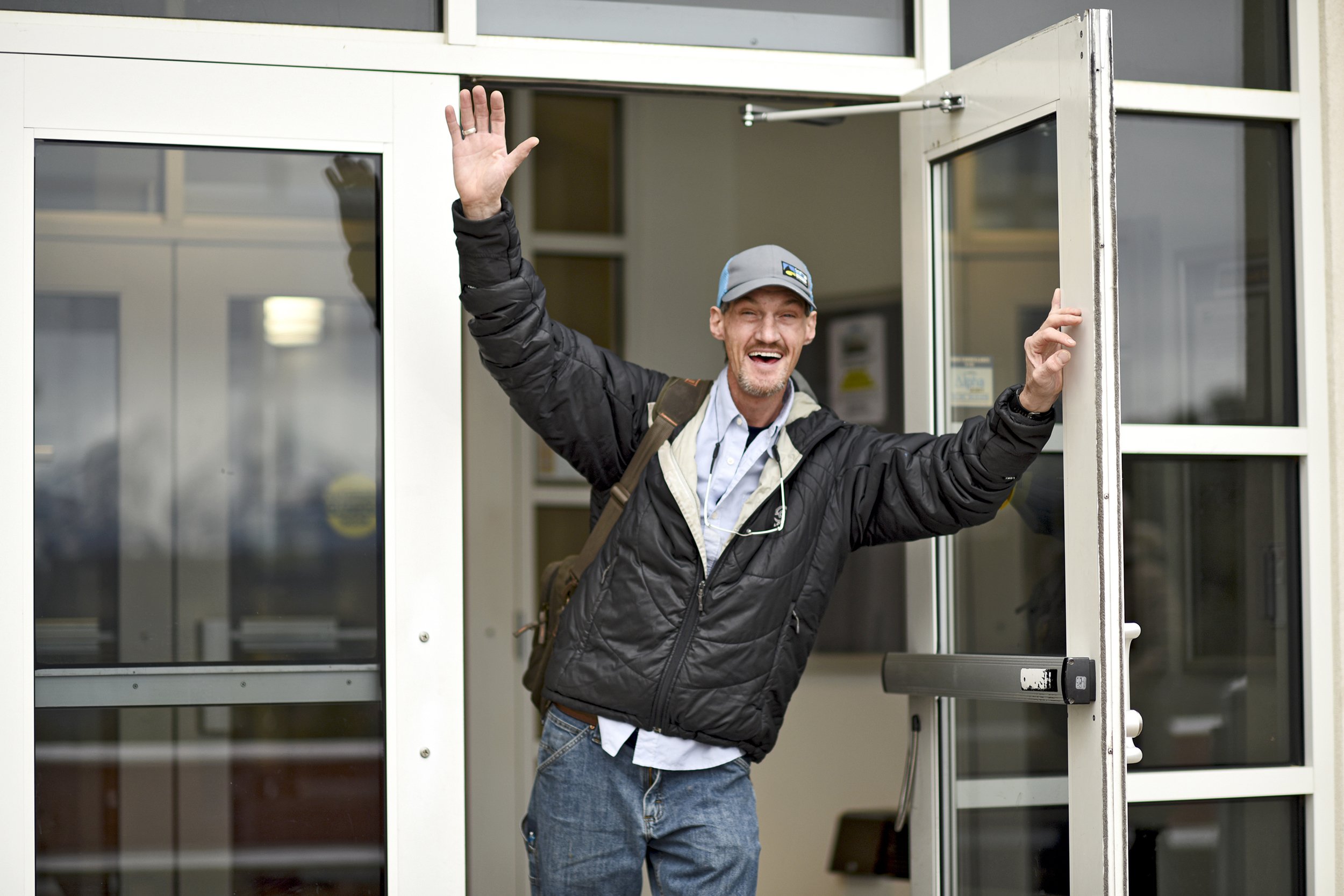 At least three Colorado Mountain College (CMC) students view their path, as nontraditional college students, as “different” from that of traditional 18 to 22 year-old students.

One common thread for Paula Mayer, Amanda Emerson and Troy Harcourt is although they had earned a degree, they sensed they had not quite hit the mark. Their college careers would take them through many twists and turns to a new vision for themselves.

According to the National Center for Education Statistics, nontraditional students meet one of the following seven characteristics: delayed enrollment into postsecondary education; attends college part-time; works full time; is financially independent for financial aid purposes; has dependents other than a spouse; is a single parent; or does not have a high school diploma.

Yet, the term “nontraditional” is becoming obsolete as their numbers, on college campuses across the country, increase.

According to a 2015 survey by the U.S. Department of Education, nearly 74 percent of undergraduate students enrolled in the 2011-12 academic year possessed at least one nontraditional student characteristic, while 55 percent had two or more.

Mayer got her bachelor’s degree after high school and in her early 40s earned a master’s in social work from Simmons College in Boston.

She worked in Denver as a hospice and palliative care social worker. In 2019, she and her husband, Stephen, a medical oncologist at Valley View Hospital, moved to Glenwood Springs.

After their move, she recalls her husband saying, “I know how much meaning you derive from the work that you do, and I know it doesn’t make you happy.”

It prompted her to take stock and examine what she wanted to do with her life. Now, at 56 years old, Mayer is pursuing a degree in professional photography and anticipates graduating in spring 2021.

She says now that she is older she “can go for it, in a way that maybe when I was younger, I just wouldn’t recognize what was happening and I’d speed bump right over it and just not pick up on it.”

Emerson, who just celebrated her 39th birthday, was born and raised in Carbondale and is a 1999 graduate of Roaring Fork High School. Now a divorced mother of two children, Skye, age eight, and Zeb, six, Emerson is seeking an associate of applied science, professional photography degree.

In 2003, Emerson earned a B.A. in art from Western State College and then a master’s degree in nonprofit management from Capella University.

Diagnosed as deaf at 13 months, Emerson says, as a child, she was bullied and lacked self-confidence. She explains, “I never fully found myself, and when I did, it was through photography.”

She started her business, Thistle and Tulip Photography, and photographs nine to 12 weddings a year. A profound personal loss made her choose photography. She lost a daughter, who was stillborn at 5 months, and wanted photographs to remember her by.

She intends to work as a photographer for One Moment, a Roaring Fork Valley nonprofit, which provides free remembrance photography to parents suffering the loss of a baby.

Harcourt, who turned 44 on New Year’s Eve, is a fourth-generation Colorado native who grew up loving the outdoors. He attended his first CMC class in Denver while a junior at Mullen High School.

In 1993, when a high school senior, he was diagnosed with cyclical vomiting syndrome (CVS), a condition marked by episodes of severe vomiting, which can last for hours to days. He also received a type 1 diabetes diagnosis.

He underwent surgery for gastric pacemaker placement, but continued to have medical setbacks and recalls the starts and stops of completing coursework, as, “I had to drop out of five out of nine semesters I enrolled in, because I got sick mid-semester, and couldn’t do the makeup work.”

In 1998, Harcourt completed his wilderness study certificate, a part of the outdoor education program. He recently earned his Associate of General Studies degree from CMC.

To complete a documentary filmmaking class, Harcourt created a YouTube video, titled “Troy’s 25 Year College Plan.” He understands how life events can delay schooling, saying, “I know many students that pursue a college education in their 30s and 40s because they had a kid, or they had cancer, or their parents got sick, and they had to look out for them.”

Linda Crockett, an associate professor of psychology at CMC, says of nontraditional students, “They’re there because they’re interested, they want to learn.”

She says they come to college with a personal interest and mature perspective, and tend to be self-directed learners. Crockett adds ,they “make the class that much richer because you have different age groups interacting, and you get different perspectives.”

Crockett says students do find support — from their peers, professors, and CMC support staff. She suggests, “I would say if somebody has the idea that they would like to go to college, I really think they owe it to themselves to try.”

If you are interested in learning more, visit coloradomtn.edu/admissions-department or call 800-621-8559.

When interviewing students for this article, I saw glimpses of my own college journey.

I graduated from St. Catherine University, a women’s college in St. Paul, in 2008 with a bachelor’s in written communications. I started their Weekend College program in 2000 at the age of 46. I was a first-generation college graduate, working full-time and being a single parent. It was a long haul, and I often wondered if I would graduate.

I was not atypical of my peers; women working, with kids and parents to take care of, and who shared stories about sick kids or visiting parents at the nursing home. We were in it together and was the best possible education I could have asked for.

Of 3,391 credit students currently enrolled at CMC campuses in Aspen, Carbondale, Spring Valley, and Glenwood Springs, 488 students (14.39 percent) are age 40 or older, and are working on degrees or certificates. Of those, nearly half are enrolled in the following programs:

In the 2018-19 academic year, students age 40 and older earned 54 degrees or certificates at CMC campuses in Aspen, Carbondale, Spring Valley, and Glenwood Springs.

A special thanks to CMC staffers Debbie Crawford-Arensman, Carrie Click and Timothy Walker for the statistical data and connections which made this story possible.