There’s plenty of room in the Roaring Fork Fencers Club 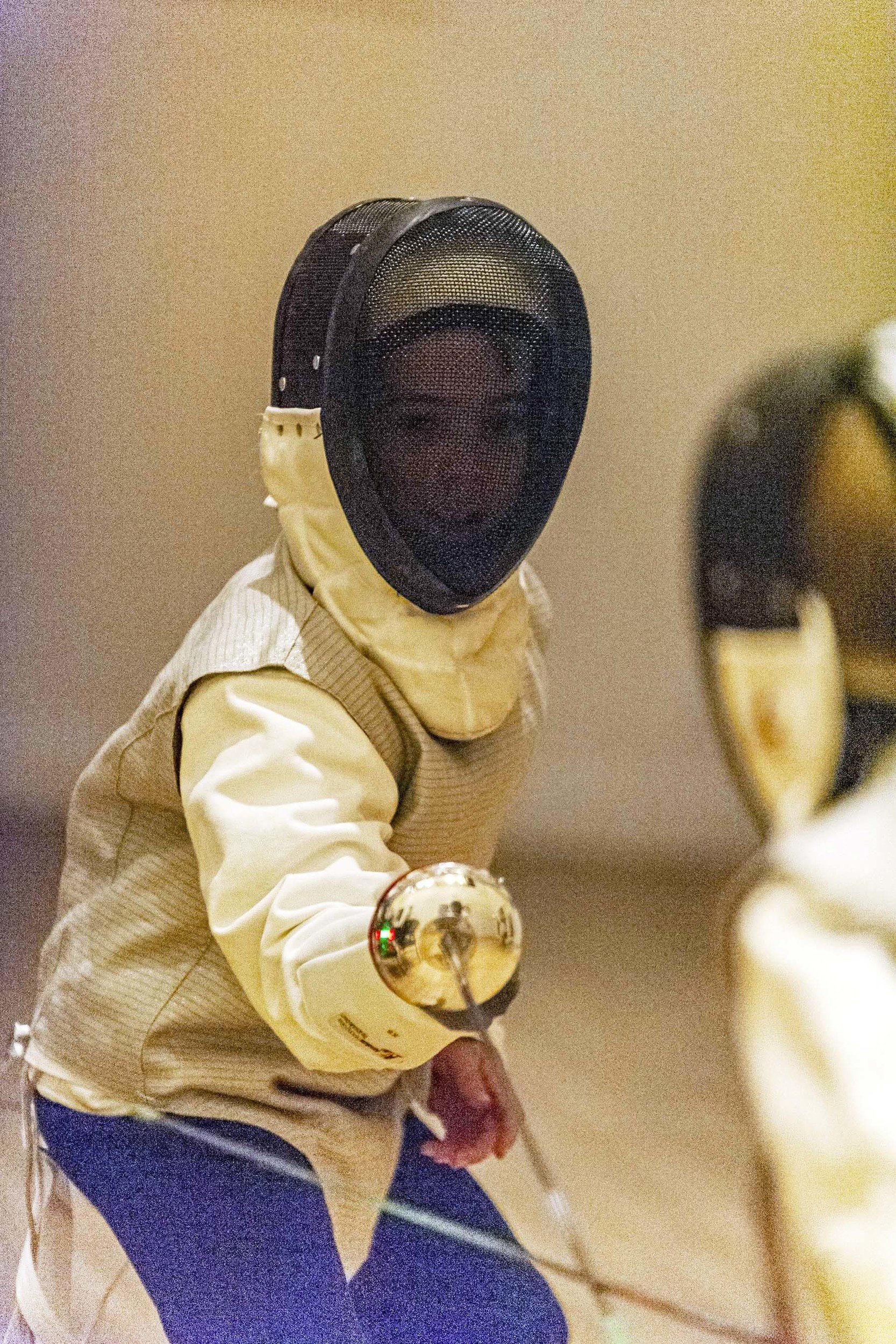 Perhaps, unleash your inner swashbuckling musketeer or pirate in the new year and take up the challenging sport of fencing.

It’s only since 2017 that the Roaring Fork Fencers Club came to the Valley as the brainchild of founder Greg Domashovetz, who moved here after a successful stint in the Denver fencing world.

He explained, “It’s been a lot of growth, and I’ve really refined my craft.”

“We offer children’s classes throughout the Valley,” he noted, “Adults generally are in private lessons, but if we get a group together, classes would be a great option.”

Boys and girls, men and women all are welcome to participate, he noted.

Watching a mid-level class recently at the Launchpad showed an enthusiastic group of kids and their parents, Dau Tangbau and his wife Htangsan Labya paid close attention as their seven-year-old son Cyrus parried and lunged at his opponent.

Tangbau said, “Cyrus really enjoys fencing after only six months. We are very happy with Greg who is so dedicated to teaching the sport and is so good with kids.”

He added,” Our son is not quite ready for competitions, but Greg will let us know when he is.”

Domashovetz began fencing in 2004. He started at a beginner program in Mt. Prospect, IL during his senior year of high school. In 2012, Domashovetz  moved to Denver. He began refereeing USA Fencing (usafencing.org) events, including North American Cups. He is a highly rated referee in foil and epee, with multiple refereeing experiences in Europe, experience at NCAA Championships as well as gold medal bouts for Division I and Junior domestic events.

Domashovetz started his coaching career at Denver Fencing Center, where he gained experience running classes and camps as well as giving private lessons. He is certified through the US Fencing Coaches Association with reciprocity from the Academie D’Armes Internationale as a Prévôt of Foil.

Besides the mask and the foil (sword) each student is connected to an electronic system that records each “touch.”

“This way,” Domashovetz  said, “coaches, judges and competitors know exactly when and how a point is scored. This quick response helps a student understand their skill level and what he or she needs to work on.”

Only two years out after the launch of the club, fencing appears to have taken a solid hold on the Valley’s psyche. Regular fencing classes can be found from Glenwood Springs to Aspen.

“Nothing gives you a workout quite like fencing,” Domashovetz explained. “You develop endurance from moving up and down the strip during the course of a bout, but you also develop arm, leg, and core strength from quick changes of direction and explosive lunges.”

Is there a difference between fencing and dueling? According to Historical European Martial Arts (HEMA), fencing is considered a self-defense activity, while dueling is any form of arranged one-on-one combat.

And for students looking ahead to college, and hopefully to scholarships, fencing offers opportunities. According to scholarshipstats.com, fencing is one of the best sports for getting athletic scholarships: the odds are 22:1 for men and 13:1 for women.

So how to give fencing a go? Learning the specific guidelines takes, like most sports, mileage. Aspiring fencers need to be committed and put the time in.

As Domashovetz  noted, “Fencing is available year round. And it’s terrific for someone looking for a new and challenging sport.”

He asks students to imagine the sport as enjoying physical chess in an inclusive and friendly community.

He noted, “Strategy in fencing is more important than strength.”

Domashovetz concluded, “It’s a satisfying mix of aerobic and anaerobic activity that is sure to leave you feeling tired but happy.”

Go to  roaringforkfc.com for more information.