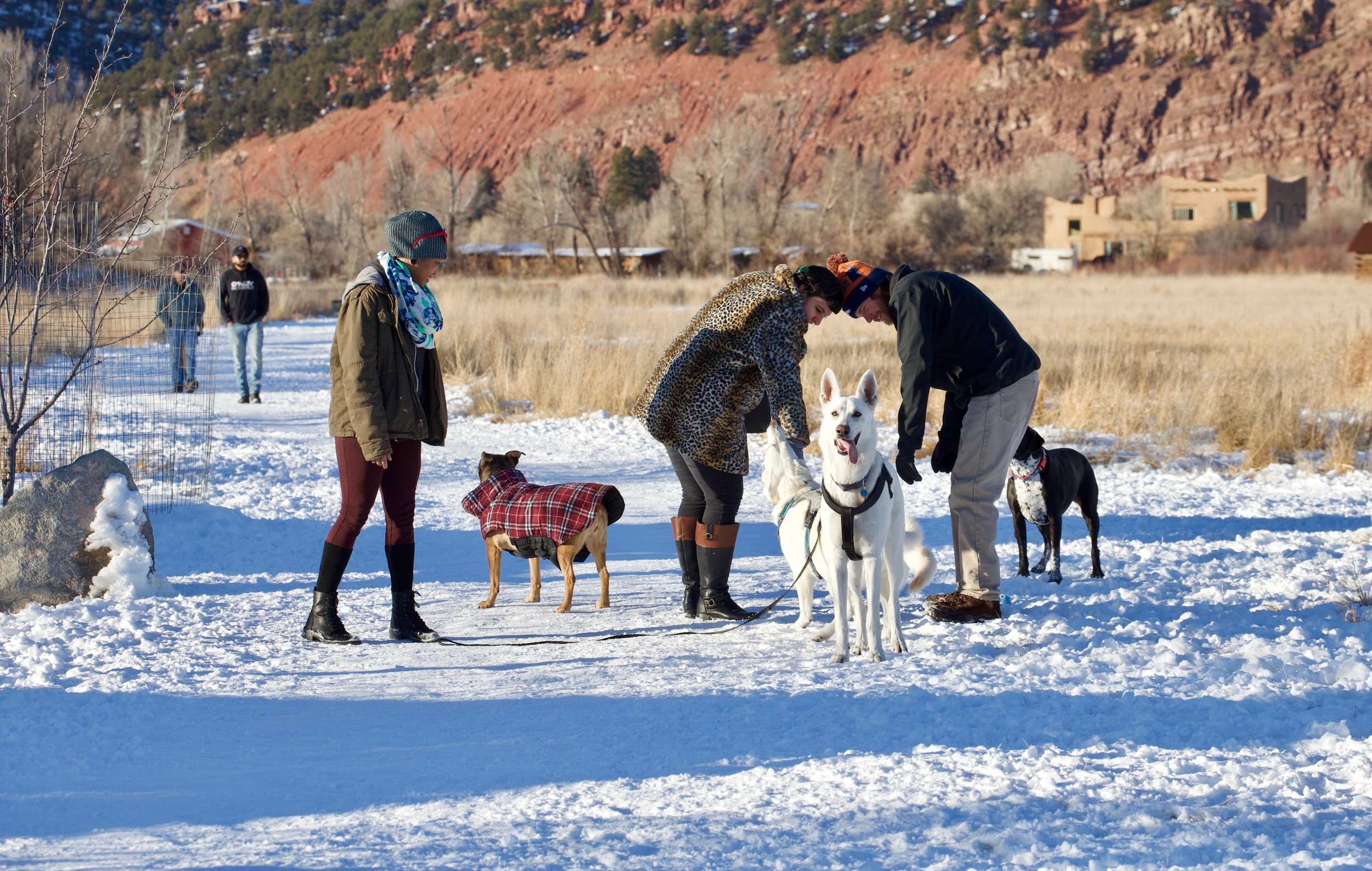 Should there be changes at the Carbondale Nature Preserve (CNP) — known to most as Delaney Dog Park?

That is what the Carbondale Parks & Recreation Department wants to know. Parks & Rec Director Eric Brendlinger thinks some issues need to be addressed, while others like dog owner and member of the citizen Parks & Rec Commission John Williams says, “(it) is perfect just the way it is.” (Note that Williams’s comments here and below are his only; he is not speaking for the commission.)

Enter Genevieve Villamizar, who is working toward a master’s degree in Environmental Management from Western Colorado University. This fall Villamizar approached Brendlinger looking for a project for her master’s work. After contemplating several possible ideas, it was decided to focus on the CNP.

Under the auspices of the Parks & Rec department and the commission, the first phase of her project was to develop a public survey to solicit opinions on the current and future use of the park. The ultimate goal was to produce an integrative environmental management plan for it.

The CNP is an extensive 33.4-acre open space north of Fourth Street on the northern edge of town. It is Carbondale’s largest park. The area was originally owned by the Delaney family, who used it as a settling pond for their coal-mining operation. After the mines closed, the area was flooded and used as pasture land.

There is some question as to how Carbondale took possession of the land in 1999. The Town states that it was purchased for $500,000 from the Delaneys, but Williams believes that the Delaneys donated the land. It is possible that its acquisition was a combination of the two.

Because the park’s land was a former industrial area, two environmental assessments were undertaken. These indicated that the land was not contaminated, but at that time more than half of it consisted of low-lying wetlands. The Town subsequently ceased inundating it, but the park has remained prone to flooding, especially in spring. A 2015 wetlands survey determined that about one-third of the park was still wetlands.

In 2002 the Town commissioned a public survey of the Delaney property, which received 379 responses.

A small percentage of respondents wanted at least a portion of the land made into sports facilities, though it was determined that the high water table there made such a use unfeasible. The largest proportion of survey takers preferred that the park be mostly natural open space. Based on the survey and other inputs, a comprehensive master plan was produced, but its $3 million price tag was too expensive for the Town to undertake.

As a result, the park has remained largely undeveloped, though that has not stopped it from becoming Carbondale’s most heavily used public space.

As its popular name implies, it has turned into a boon for dog owners, who enjoy the opportunity to allow their pets to run off-leash in a large but generally contained space. As Brendlinger noted, “[The park] has benefited many people, especially since most of the other parks don’t allow dogs.” (Only Hendrick Dog Park does.) Indeed, it is also frequented by birdwatchers, nature lovers and folks without dogs just out for a walk in a quiet setting.

However, the minimal amount of park maintenance over the years has produced some issues. Prominent among these has been the degradation of the trail system, which in spring becomes muddy and leads to braiding and erosion. Williams pointed out that the Town’s use of a pickup truck to collect trash in the park produced the ruts leading to the muddy spring conditions. Brendlinger acknowledged that a truck formerly was used but noted that now trash is collected using an ATV with fat tires. Still, the old ruts and seasonal muddy conditions have remained.

Brendlinger also mentioned the issue of noxious weeds and invasive species in the park, especially in light of the comprehensive weed management plan that the department put in place last fall.

According to Brendlinger, Parks & Rec has been looking for ways to address these and other issues for some time, “at how we want to manage” the park. He has wanted to create a five-year improvement plan but recognized that “(we) need to be super realistic about what we can do” with limited resources.

The process of creating the survey kicked off in mid-December, when Villamizar invited “stakeholders” – dog owners, town officials and other interested folk – to a meeting to discuss how to shape the survey’s questions. She then solicited comments online and led walks in the park. From that input a draft survey was written and submitted for further comment. The final version was presented for approval to the Parks & Rec Commission at its Jan. 8 meeting.

As indicated above, the decision to conduct a survey has generated some controversy.  Williams and other dog owners have expressed concern that some kind of curtailment on the park’s use by dogs could come out of the survey’s findings. Brendlinger has recognized this: “(People) get used to a pattern of use; any change puts us on guard.”

However, both he and Villamizar have stressed that they wanted the process to be unbiased and simply an exercise in gathering data on how to better manage the space. Villamizar stated in emails, “The … inherent qualities and uses of the park will not be changed … specifically in regards to dogs … and hopefully, through our work, (will be) enhanced.”

Williams and others have remained skeptical. He intoned the old maxim, “If it ain’t broke, don’t fix it,” regarding the survey. He went on, “I’m all for creating a Friends of the Dog Park group that could do things like collect trash and resolve other issues (like weeds and invasives).”

The CNP survey will be online starting Jan. 9 and run through 30 on Survey Monkey at the Carbondale Recreation Center website (www.carbondalerec.com). Hard copies will also be available at the Town Hall.