CMC class teaches vibrancy in both life and death 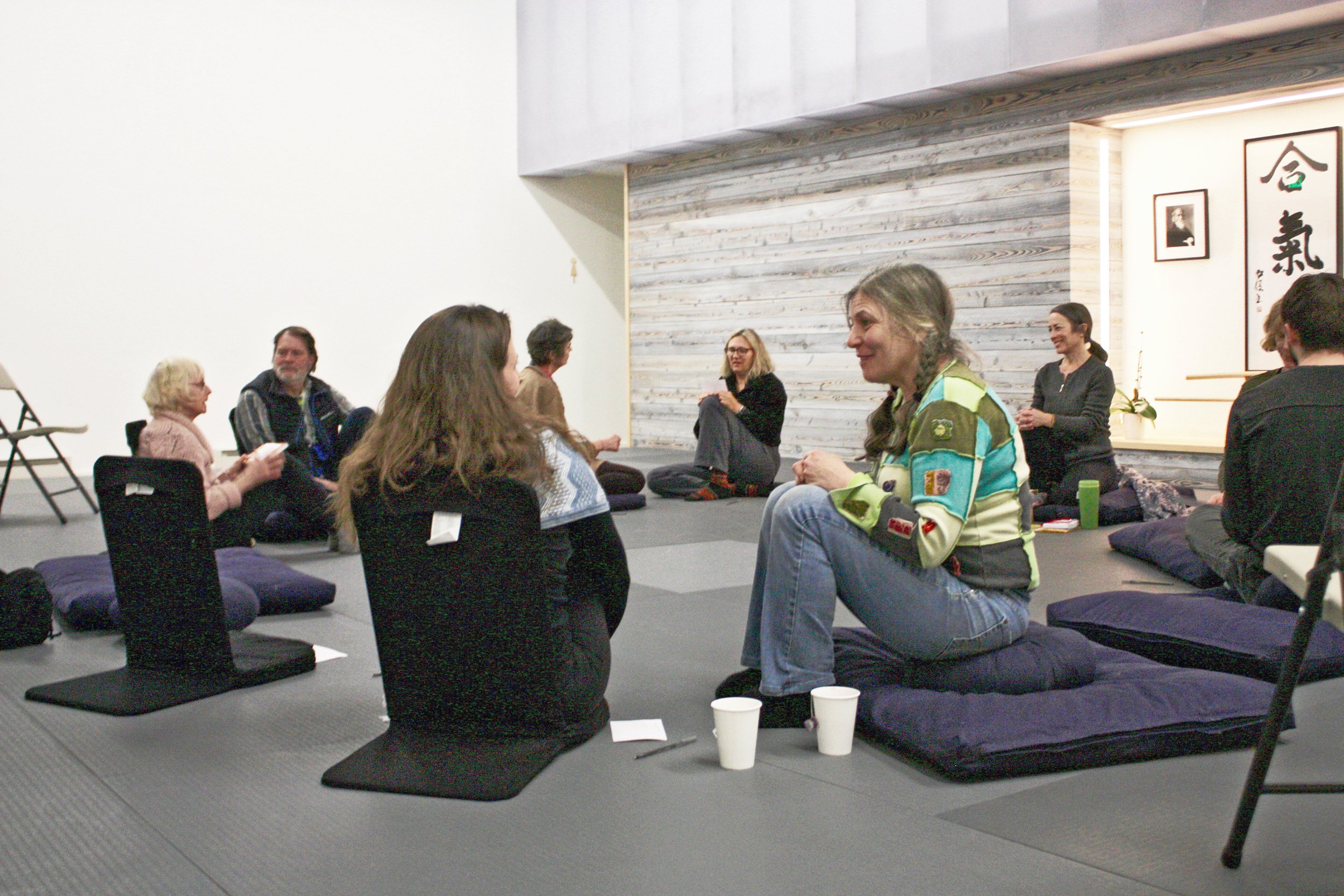 While sipping hot tea in her home that smelled of fresh-baked cookies, a fly on the wall wouldn’t guess that Lisa Goddard and I were discussing death.

“There’s nothing that’s touched me more profoundly than the practice of sitting with the dying. After someone passes and you’re present with them, it’s such a stirring in your heart,” she explained. “What that calls for me is an urgency to live fully.”

That sentiment is central to Goddard’s course Zen and the Art of Dying, which she will be offering for a third semester starting at CMC next week. Her own study of death has long roots, tracing back to the Zen Hospice Project in San Francisco where she volunteered from 2013-2015 in a space called The Guest House — named for Rumi’s poem of the same title—spending a day every week with the dying.

“The first time that somebody died on my shift,” Goddard recalled, “I remember walking outside to the front porch with a broom.” She described the sounds of the busy cityscape. “This person had just passed and I was sweeping the leaves off the steps,” she said, her voice cracking. “It’s all so fleeting.”

In a culture that tends to “push away the aging process,” Goddard challenges students to look at their own mortality and come to terms with the vulnerability and fragility of aging. While she did note the large population of retirees in the community, she also pointed out that the class is not designed only for that age bracket. Remembering a younger student who came to class dealing with a debilitating injury, “It was mourning,” she explained. “We need to be able to mourn our limitations. If we can mourn them, then we can put them down.”

Goddard brings a refreshing candor to such a stigmatized topic, even when discussing her own aging process. With bright eyes, she told me: “I want to be able to talk about it… This is where my body is traveling to and I’ll do everything I can to help it, but I also want to honor that this is where I’m headed.”

The class will consist of exercises and activities that may be uncomfortable, but that are “held in this container of confidentiality,” Goddard explained. The class is designed to be a meditative, contemplative, and explorative practice. “We’re a community by the end: a loving, connected community. When we can start being vulnerable with one another, that’s how we’re going to make big change happen in the world.”

Often students who attend her CMC class will also join her weekly sitting meditations, which she has been offering in both Carbondale and Aspen since the founding of her nonprofit organization, Roaring Fork Insight, in 2016. With 22 years of experience, including study at the Spirit Rock Insight Meditation Center and San Francisco Zen Center, Goddard offers a western Buddhist blend of Zen, Vipassana, and secular mindfulness teachings.

That term — mindfulness — has had a large presence in the cultural vernacular in the last couple years, perhaps one large enough to contort its meaning. “It’s not just paying attention in the moment” she said, “and the end result is not just living a happy life. It’s living a life where there’s peace that includes all of the messiness of life.”

One of the messy conditions of life, of course, is death and that is also one of the foundations of Buddhism. “The one contemplation that the Buddha suggests you focus on everyday is death,” Goddard told me. Such contemplation does not need to be morbid or oppressive, however. “It’s about really getting familiar with impermanence,” and coming to an understanding that “everything is always changing,” she said. “How we meet it is entirely on us.”

Goddard expects that she will be doing more work surrounding end of life in the future of Roaring Fork Insight. You can also look out for a forthcoming companion publication, “As Is: A Wayfarers’ Guide to Loss” — a collaboration with her husband and fellow practitioner Seth Goddard.

Per the Buddhist concept of Dharma: truth is in experience. “It’s about seeing for yourself,” Goddard said. If you’d like to see for yourself, you can join Goddard for Zen and the Art of Dying by registering online at coloradomtn.edu today. Goddard is also offering a Yoga, Meditation, and Soak event with River Morgan at Avalanche Ranch on Feb.  2. You can find weekly meditation offerings from 7:15 to 8:15 p.m. Monday nights at Roaring Fork Aikikai and also 11:30 to 1 p.m. Wednesdays at The Aspen Chapel.