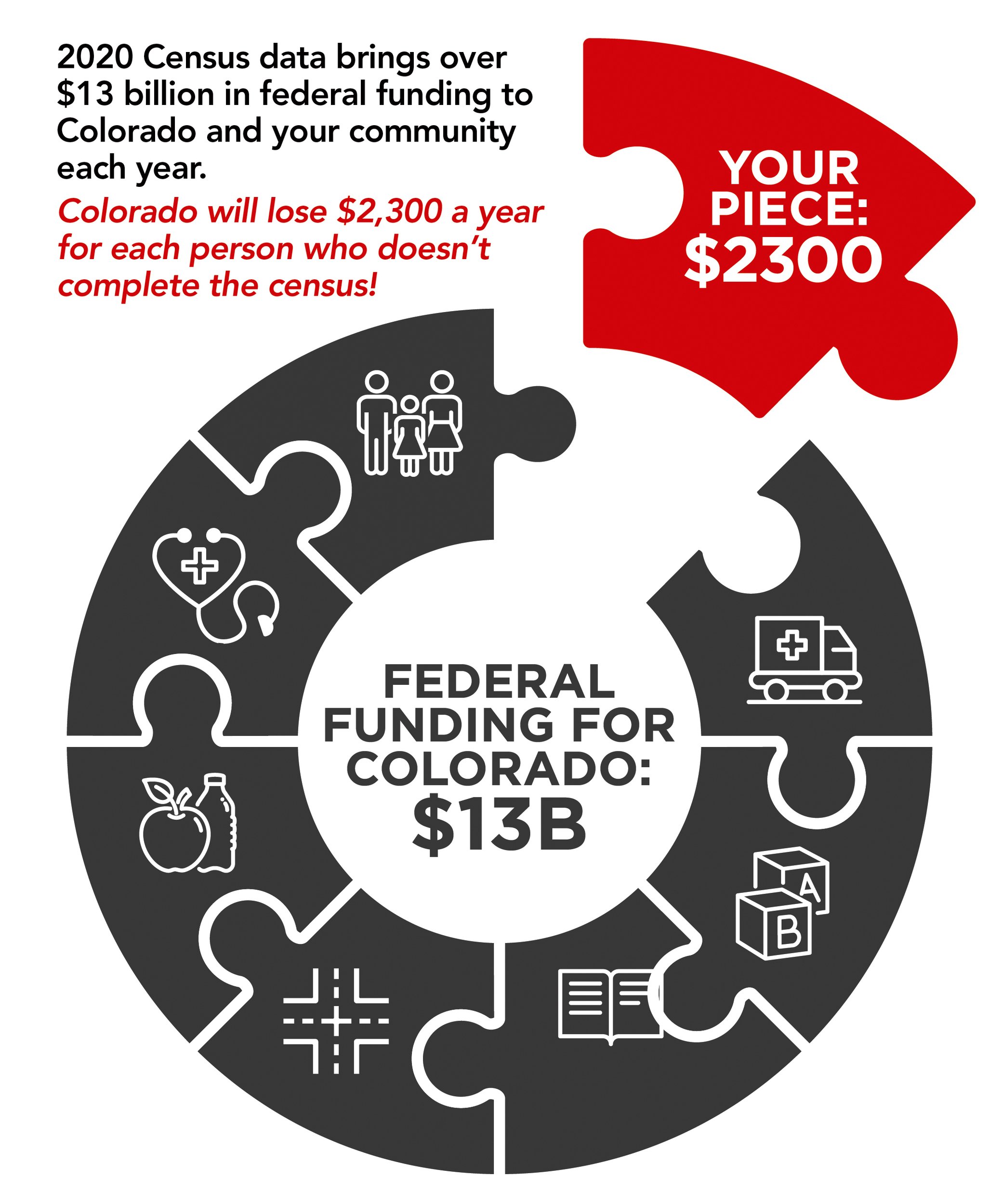 April 1 is Census Day. It is the date when the 2020 United States Census will count all people living in the United States, regardless of citizenship.

About 30 community members of the Aspen to Parachute Complete Count Committee (A2PCCC) met on Jan. 15 at the Third Street Center to discuss the next steps in the 2020 U.S. Census process. The committee members, comprised of representatives from local municipalities, nonprofits, and organizations, are tasked with spreading the word to their constituencies about the importance of getting a complete Census count.

The meeting, led by Bryan Alvarez-Terrazas, a program associate at Aspen Community Foundation, and Rachel Brenneman, owner of Manifest Communication, who is leading the public outreach for A2 PCCC, also featured the unveiling of the A2PCCC logo and website (a2pcensus2020.com/). The website, which went live this past Monday, includes a Spanish version, available from the website’s homepage. There is also basic Census 101 information and resources, including fact sheets, available in English and Spanish.

The 2020 Census will be the first time you can complete the Census online, which has raised the question of internet accessibility. Brenneman explains, “This is why the libraries in Pitkin, Garfield, and Eagle counties will be playing a big role in being a place for folks to fill out the Census.”

Another important Census date is March 12. Census invitation letters will be sent to each household by that date and will include a website address and code for you to complete the Census online and a telephone number for the Census Call Center if you wish to complete it by telephone.

One topic discussed at the Jan. 15 meeting was Census worker employment. Karen Crawford, Recruiting Assistant for the Northern Colorado Census Office, says the U.S. Census Bureau is recruiting for many different positions. Starting pay is $20.50 per hour, and if your position requires driving, you will be reimbursed at a rate of 58 cents per mile. Hours are flexible and can include days, evenings, and weekends. Pay is weekly, and you will receive paid training. Jobs will run from March through July 2020.

Crawford says, “Most people I have talked to have said their friends or they themselves have enjoyed the job.” She adds, “One of the questions I have been asked is, “Do you have to be a citizen?” You do not; you do have to have a green card.”

Another question people frequently ask is: “Will I have to go door-to-door?” She answers, “If you are hired as a census taker, you will visit households that haven’t responded [by completing their Census]. You will receive paid training before you begin work. You do not go door-to-door, you only go to the homes that have not responded.”

Crawford also notes there are other types of work available that do not include going door-to-door.

Looking at how a complete Census count will help to inform decision-making better, Carbondale City Planner Janet Buck says, “When the 2020 data is released, we will get a new snapshot of our Town (and County) to see how we have grown and changed. This will, once again, provide a platform in the Town’s future planning efforts.”

Buck explains that, generally, federal funds allocated to both the State of Colorado and Garfield County have funding streams affected by U.S. Census Bureau data. As Buck describes it, “This impacts the levels of service our residents receive. It should be noted that some state funding, such as the lottery dollars which the Town does receive, is calculated based on the population count.”

Carbondale town officials use the demographics generated by the U.S. Census Bureau data in long-range planning. Buck says the 2010 Census data showed how much Carbondale had grown between 2000 and 2010. She adds, “Carbondale became more diverse between 2000-2010 as the white, non-Latino population decreased by 17 percent, while the Latino and other populations experienced an 8 percent gain in population.”