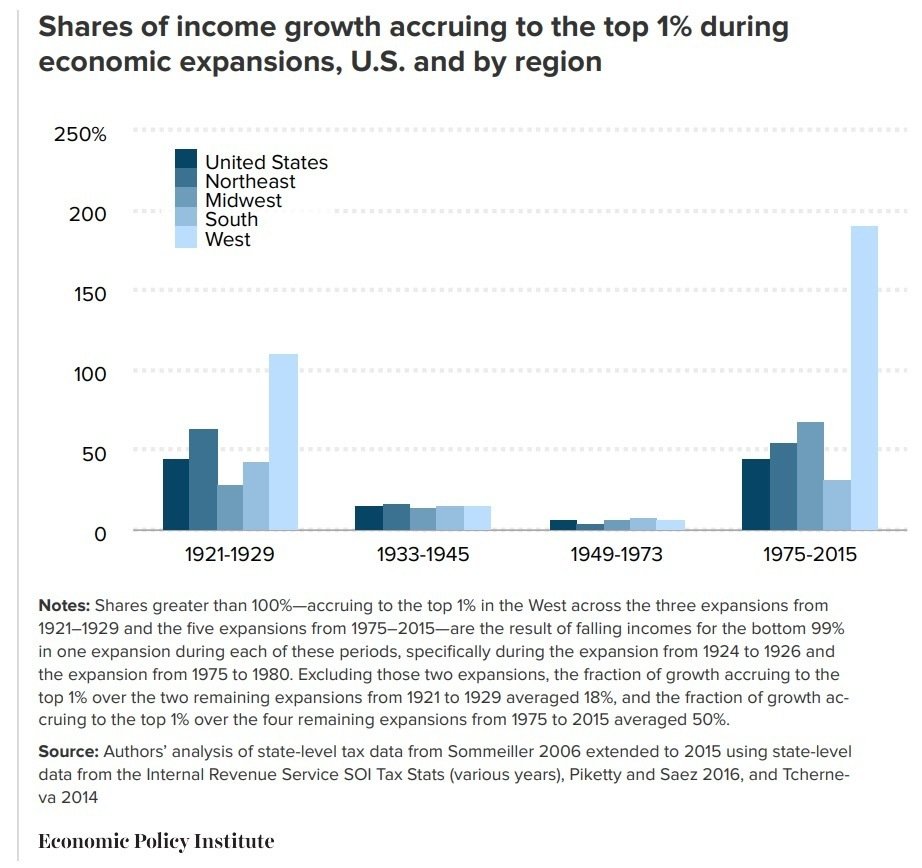 The economic gap between the richest Americans and the rest continues to grow, and the Roaring Fork Valley is a microcosm of that pattern.

That’s at least part of the picture painted by a 2018 report by the Economic Policy Institute recently dusted off by the Glenwood Springs Post Independent. Titled “The new gilded age: Income inequality in the U.S. by state, metropolitan area, and county” (epi.org/files/pdf/147963.pdf), it tracks trends that coauthor Mark Price doubts have changed in the interim.

“Most of the metrics are continuing to show rising inequality,” he said. “Certainly in the political campaigns, these issues are being discussed, but we’re probably a decade away from the kind of big change which would turn this ship around.”

Price is the first to acknowledge that the IRS data the study draws from is more useful for big brush strokes than hyper-local analysis.

The core comparison captured and considered in the report is the mean income of the wealthiest 1 percent and the mean income of the remaining 99 percent. In 1973, the 1 percent earned 9.2 percent of all income in the United States. In 2015, that had grown to 21 percent — behind only 23.4 percent in 1928, right before the stock market crash and the Great Depression.

“What we are seeing is that there’s been a tremendous amount of income growth at the top,” Price explained. “The economy is generating a lot of growth, but it’s not broadly distributed.”

Nor is it evenly distributed geographically. The study includes a list of the “metropolitan areas” in with the highest and lowest wage ratio. For that purpose, the entirety of Pitkin and Garfield counties is listed as “Glenwood Springs.” Despite the misnomer, it’s not an unreasonable economic unit as it includes both where people work and where they live — less sections of Eagle and Gunnison counties which so often prove problematic for cohesive data. And, in fact, the top spot on the list is occupied by another resort-driven community: Jackson, Wyoming, where the top earners make 132 times the average for everyone else. Glenwood Springs ranks eighth with a ratio of 45, and Steamboat Springs also makes the top 25 with a ratio of 35.3. Between the ski towns are a disproportionate number of Floridian cities and some of the larger metropolitan areas you’d expect, like New York, Las Vegas and Los Angeles.

Being on the list isn’t necessarily a mark of shame, Price emphasized.

“This is really just telling you where the really high income earners tend to live,” he said. “It’s a good place to live, if you can make the economics of it work.”

The point is perhaps better illustrated by the opposite end of the spectrum. Junction City, Kansas comes across as exceptionally egalitarian, but mostly because its wealthiest residents are averaging $257,831 in income. That’s compared to $2,968,276 in Pitkin and Garfield County — a figure that doesn’t even include part-time residents who

didn’t list the area as their primary residence for tax purposes.

And while some of that wealth ends up in the community, it’s unlikely to be proportional.

“These are not folks who are even capable of spending all of the income they earn wherever they live,” Price said. “I think bigness is really what drives the economic opportunity people enjoy in places like Manhattan or Los Angeles.”

He also cautioned against reading too much in to straight-up comparisons of income, which don’t capture the real cost of living or quality of life residents may see on the ground. In his estimation, trying to tackle the issue on a local level (with a municipal minimum wage increase, for instance) would probably just push the ultra-wealthy elsewhere — although he did highlight housing as a fairly universal issue to address. Instead, Price said, “it’s a national conversation about what we’re going to do about this issue.”