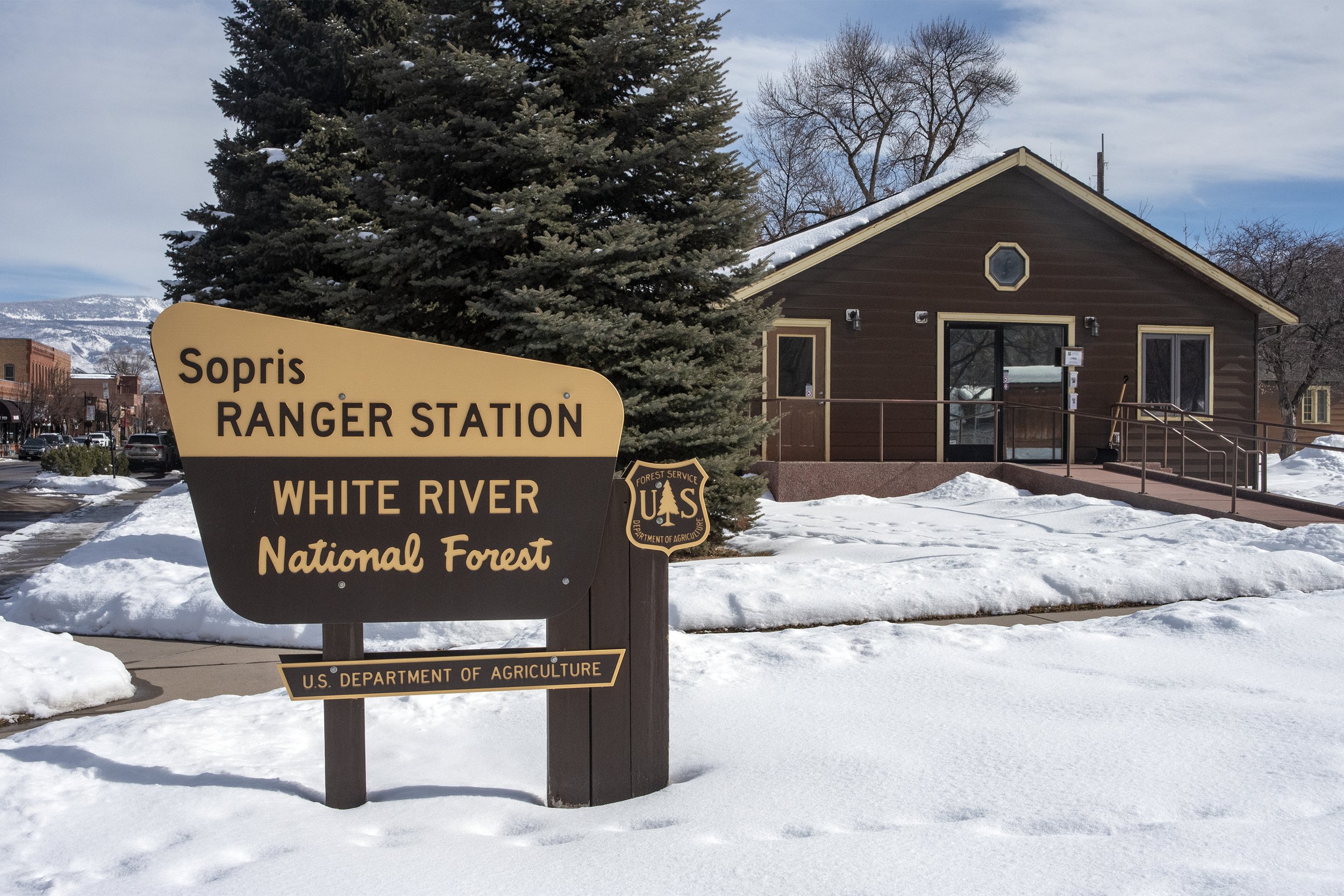 But before the March 2021 demolition and subsequent year of construction, there’s plenty of opportunity for community members to get a good look at the plan. First up is an open house from 5 to 7 p.m. Feb. 7 at the current office.

According to Acting Public Affairs Specialist Lorie Almazan, the Forest Service plans to have a “store front” somewhere close by to continue visitor information services available during construction and is committed to working with the Town of Carbondale, local businesses and residents to ensure that the project causes the least amount of disruption as possible, although some sidewalk closures are likely.

The overhaul, Alzman said in a press release, is a necessary part of a broader redevelopment plan. “The existing Aspen-Sopris Ranger District office is not functionally efficient and does not fully accommodate District staff and operations,” it read. “This re-development project will improve the safety, functionality, energy efficiency, and access to the property. The proposed building and site design is intended to better meld with existing buildings and structures in the downtown Carbondale area, and would retain local charm and appeal. The new office will be better equipped to host events, provide improved access for disabled visitors, and offer visitor bicycle parking.”

The core of the property was purchased from Mr. and Mrs. S.V. Moniger in 1937 for $325. Construction began in earnest, with an office building completed the same year, a barn/garage in 1938 and a residence — which now serves as the main office — in 1939.

The property was later expanded, and although the documentation provided by Heritage Program Manager Tom Fuller doesn’t show it, the Forest Service appears at one point to have owned the whole block. Indeed, the Garfield County Assessor still lists Sopris Park as federal property, although Town Manager Jay Harrington assured The Sun that it now belongs to the Town.

According to Fuller, several buildings on the site were evaluated by Hartley and Schneck in their 1996 assessment of Forest Service administrative sites of Colorado and considered for the National Register of Historic Places in 1999. Both concurred with a 1993 site summary which deemed the site and its buildings not significant, “having lost much of their integrity of design, settings and craftsmanship.”

In 2005, Congress gave the Forest Service the authority to sell, lease, or exchange excess administrative sites and keep the proceeds under the Forest Service Facility Realignment and Enhancement Act. The Forest Service sold parcels in Aspen in recent years which provided the capital for this project, the Supervisor’s Office renovation in Glenwood Springs, and many more small renovations in other Districts.

“We wish we could keep all our older buildings, but sometimes we just have to let them go,” Fuller said. “I’m happy with the design of the new ranger station and think it will fit in well with the rest of Carbondale.”