Rookie on Richmond Ridge — my day of avalanche training 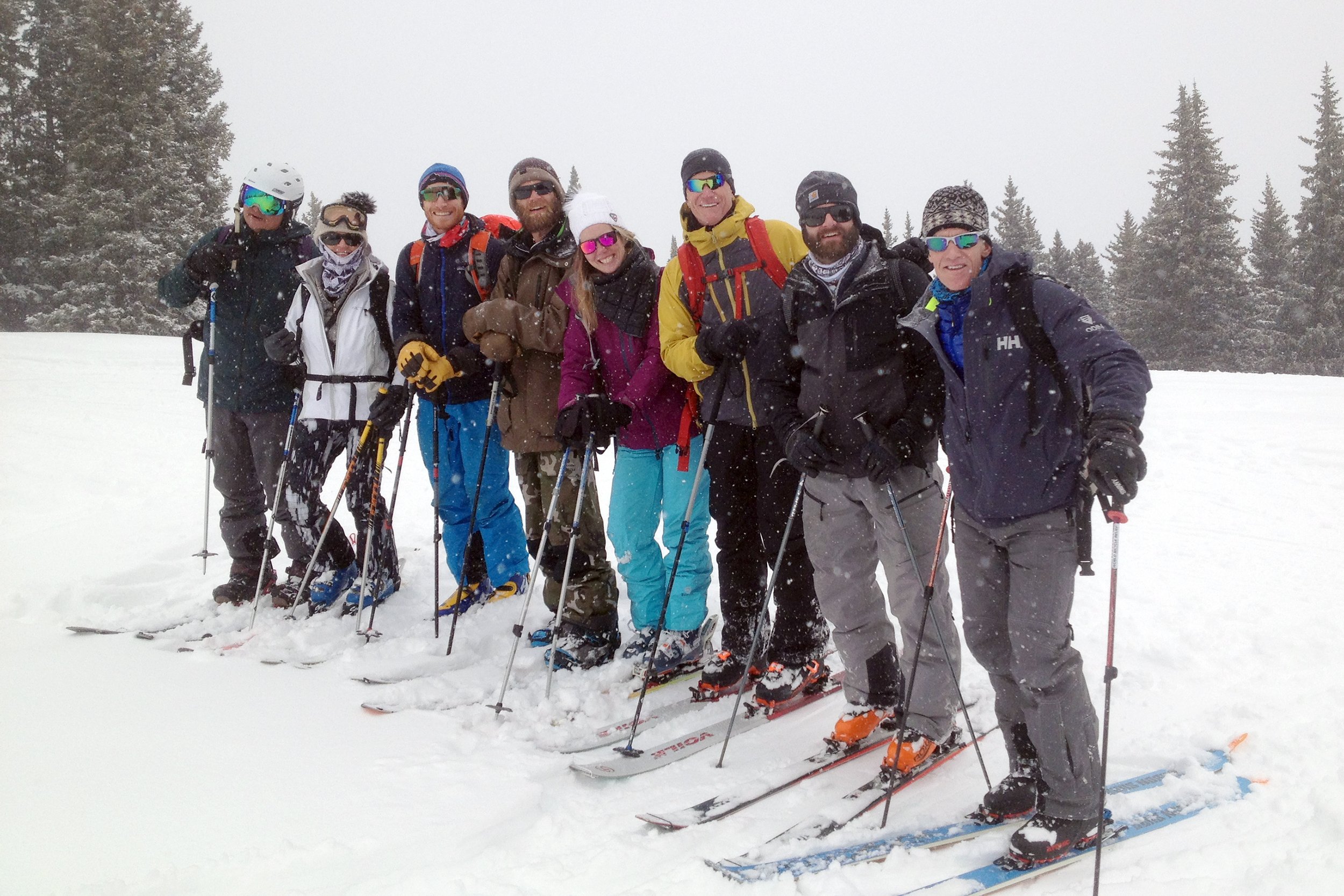 I am pretty new to Alpine Touring (AT). Before my son booked us a three-day hut trip over the Martin Luther King, Jr. Day weekend, I had taken just a couple of day trips into the backcountry and a bunch of skins up Tiehack and main Buttermilk. Mountain Rescue Aspen (MRA) was offering its winter workshop for avalanche-rescue training the day before we left, and I signed up.

The workshop — their 36th annual — is popular, and MRA members take it very seriously — as they do with all of their vital activities. One cannot find a more dedicated, diligent and skilled group of men and women than these folks. They train constantly for all manners of mountain rescue and recovery operations, which often put them in highly dangerous situations in treacherous terrain and conditions. We were about to get a taste of what that training is like.

Workshop participants were required to attend an orientation session on Friday night at MRA headquarters in Aspen that was also open to the public and was well attended. Matt Huber of the Colorado Avalanche Information Center led off the evening with a presentation on CAIC’s avalanche monitoring and forecasting activities.

There was much discussion of last winter’s unprecedented avalanche season and of the conditions one should look out for when in the backcountry. Matt shared video clips of two avalanches — started by a skier and snowmobiler, respectively — that were sobering to watch. (I was assured later by someone that both individuals survived their ordeals.)

Greg Shaffran of MRA then led a companion-rescue presentation that basically laid out what our training session would cover the following day. Among the main takeaways: in an avalanche, snow gets highly compressed, often to the consistency of concrete; the survivability rate for avalanche victims is more than 90 percent in the first 15 minutes but quickly drops to less than 30 percent by 45 minutes; and time is thus of the essence for a successful rescue.

It became increasingly clear that when in the backcountry, one should wear an avalanche transceiver beacon and know how to use it. Searching with probes is laborious, time-consuming and often becomes a recovery rather than a rescue.

We hit the mountain

I arrived on time early Saturday morning at the Gondola Plaza with all the required gear: AT boots and skis with skins; beacon, probe and avalanche shovel; and food and water for the day (we would be out until 3:30). After riding up with some fellow participants, we skied out to Aspen Mountain’s Richmond Ridge backcountry gate (replete with dire safety warnings, including the image of a skull and crossbones) to find our group. (The route was actually easy and safe.)

My group consisted of inexperienced folks like myself and those who had had some previous training. Dozens of MRA members and Aspen Mountain ski patrollers were there already, having previously prepared the several stations along the ridge for the various training exercises.

The first task seemed simple enough: deploy our search probes (which resemble 8-foot-long segmented tent poles). The object is to fling the folded-up probe out in front of you and then snap the sections together by pulling the center cord tight and locking them in place. Unfortunately, I did not know this and fumbled around ineffectively on my first attempt. One instructor, who was watching me, shook his head slightly and said (not unkindly), “You have to do better.”

I totally agreed, determined to do better at the beacon practice station.

The first action discussed was a scene size-up that could include determining how safe the area is, the last point the victim was seen, any obvious clues (e.g., poles or gloves) and the number of missing beacons. You then initiate a grid search with beacons.

When there are multiple searchers, establish a line, with each person 40 meters from the next. Run forward (on skis) 20 meters and then change direction slightly. After someone establishes a signal and direction, continue to run toward that point until within 10 meters.

Then, stop and walk toward it (with or without skis). At between three and five meters, take off your skis (if still wearing them) and begin to crawl. Once the closest spot has been determined (by holding your beacon closely parallel to the ground and sweeping it left and right and forward and back), you can begin to use your probe to locate the victim. Probe outwards from the spot in a spiral pattern, each careful thrust about 25 centimeters apart.

I and another group member went to search for a beacon buried in a Tupperware container. The running and walking portions went reasonably well, but when I began the crawl phase, I left my probe behind with skis and poles. By the time I had blundered through the deep snow and back to retrieve it, my partner had located the beacon. Another rookie mistake! However, an instructor observing us thought we’d done reasonably well.

Our final instruction station involved techniques for digging out a victim. Typically, the most effective method (if there are multiple rescuers) is to form a line downhill from where the victim has been located. The lead digger begins excavating right next to the probe, and the ones behind him or her alternate left and right of a center line and begin moving the snow downward like a conveyer belt.

We set up a four-person team and went to work. Shoveling snow is really hard work, and what we were moving was barely compacted. The ideal is to alternate positions every few minutes or so, and I took my turn at the lead. Soon I had located our victim (a snowsuit stuffed with snow), and we extricated it. Finally, something had gone right!

Time for lunch al fresco and a complete rescue demonstration by MRA members and ski patrollers. Then it was our turn to practice three different scenarios that had been created. A light snow had started falling and continued for the rest of the day.

The first scenario proved to be the most challenging for our group, as it involved running a probe line to search for a victim without a beacon. To do this rescuers queue up one arm length apart and, at the command of a leader, probe to the left, center and right and then take a step. This procedure is repeated until the victim is found. In our case, the line of about nine people failed to find the victim despite several sweeps of the area where it was known to be buried – further proof of how difficult probe-line searching is.

Our final two scenarios went much more smoothly, as our group continued to improve teamwork skills and found all buried victims. In the final wrap-up discussion, the instructors thought that we had done a good job overall. That was encouraging to hear, but I also knew how much more practice I needed and that I would be signing up for another session next year.