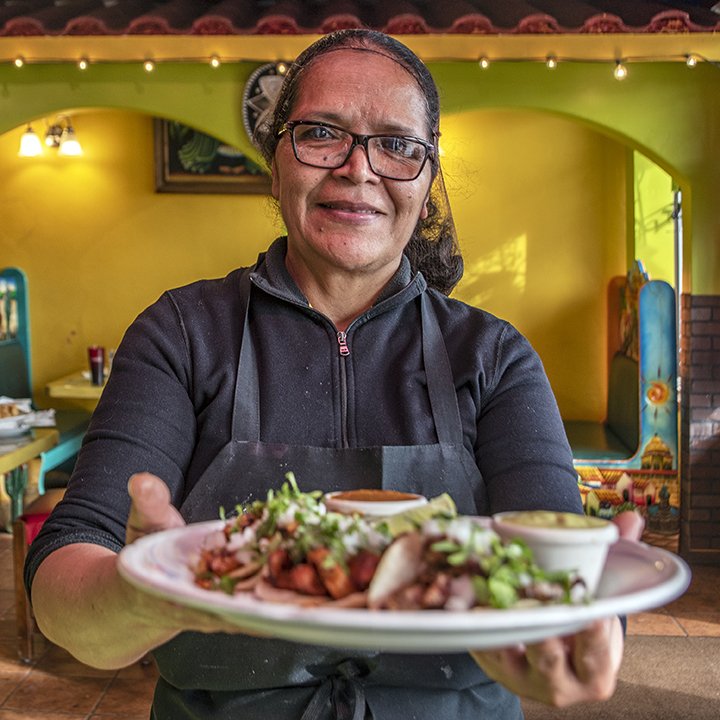 The moral of this story is: if you take the day off to go skiing, you just might miss out on The Sopris Sun’s big taco competition.

Sorry, Mi Casita, but by the time we found out you’d invoked the powder rule, we had already ordered takeout from seven other Carbondale-area restaurants and had a panel of judges lined up. No, we couldn’t have warned everyone, as our goal was to get a sense of what an average consumer looking to grab lunch on the go might encounter.

This approach caused some consternation after last year’s burger competition, and wasn’t without its challenges this time.

There was the matter of choosing what kind of taco to taste and which restaurants to include. We opted for carne asada from places specializing in relatively authentic Latin fare — ruling out the likes of Dos Gringos, the Smithy and The Pour House (which won last year’s burger competition).

And while I made a point of ordering each “with the works,” there was a bit of a language barrier in a couple of cases and room for interpretation besides. At least two restaurants — Axkawa (formerly Señor Taco) and Garcia’s Market — packaged them plain and provided a topping  bar which a takeout customer could easily miss.

Garcia’s still scored quite well plain, so we’re awarding it an honorable mention. If you’re patient enough to add all the fixings, judge Brisella Escalante is pretty sure it could be the best of the bunch.

“The tortilla was made from scratch; you could taste and see it,” she said. “The meat was awesome, it was seasoned perfectly, and it tasted really good.”

In the course of the taste test, Norton admitted to having once run a Taco Bell, but his fellow judges opted not to hold that against him.

Meanwhile, the discussion proved especially edifying for the gringos behind the camera, with Sánchez in particular noting the importance of the salsas — “half the equation,” he said — and of having two tortillas.

“When you add the salsas, it will  pretty much kill the first tortilla, so you always want the second as a reinforcement and also to grab that yumminess and the juices and the meat,” he explained.

Gomez showed off her expertise as well, correctly guessing five of the seven unwitting contestants to become our “Taco Queen.” She mostly cooks at home, but at least once a week goes out to eat and often mixes it up — “wherever I go, eating tacos.”

The slice of orange was a dead giveaway for Pollo Rico, which tied for second place. The toppings, especially the radishes, were widely praised.

“You know it’s a good taco when you find yourself using your fingers to try to pick up the onion,” Sánchez said.

Had we allowed half points, Pollo Rico would have narrowly edged out Mi Lindo Nayarit, the food truck near DeRail Park. But sticking to the ten-point scale we suggested — and to leave room for Garcia’s in the ranking — it shares second.

“This is what I would expect from a taco stand,” Sánchez said. “Two tortillas — you can taste the fat… Having the grilled onions is also very typical and traditional. You want the freshness of the raw onion and cilantro with the other elements.”

So what does it take to top all that? Guacamole salsa, apparently. Los Cabos’s signiature condiment drew praise across the board, with those in the know explaining that it differs from the the stuff you dip chips in by being water-based and including a fair amount of lime.

“When they have that salsa at a party I know it’s gonna be lit,” Escalante observed.

And the core ingredients were solid, too.

“The meat was great,” Bernal said. It’s not that seasoned, but the quality was good — you can tell. It was tender; it was fresh.”

It’s worth noting that every single entry scored positively, and the sheer variety of offerings speaks well of the food scene in Carbondale.

Valley Meats offers the best deal at $2 per taco, while most folks at La Fogata are going to order pupusas. Similarly, Axkawa’s chipotle sauce wasn’t meant for tacos, but it’s the core of their spectacular burritos.

“Put any of those in front of me and I’d eat ‘em,” Norton, always the diplomat, asserted. “They were all good.”