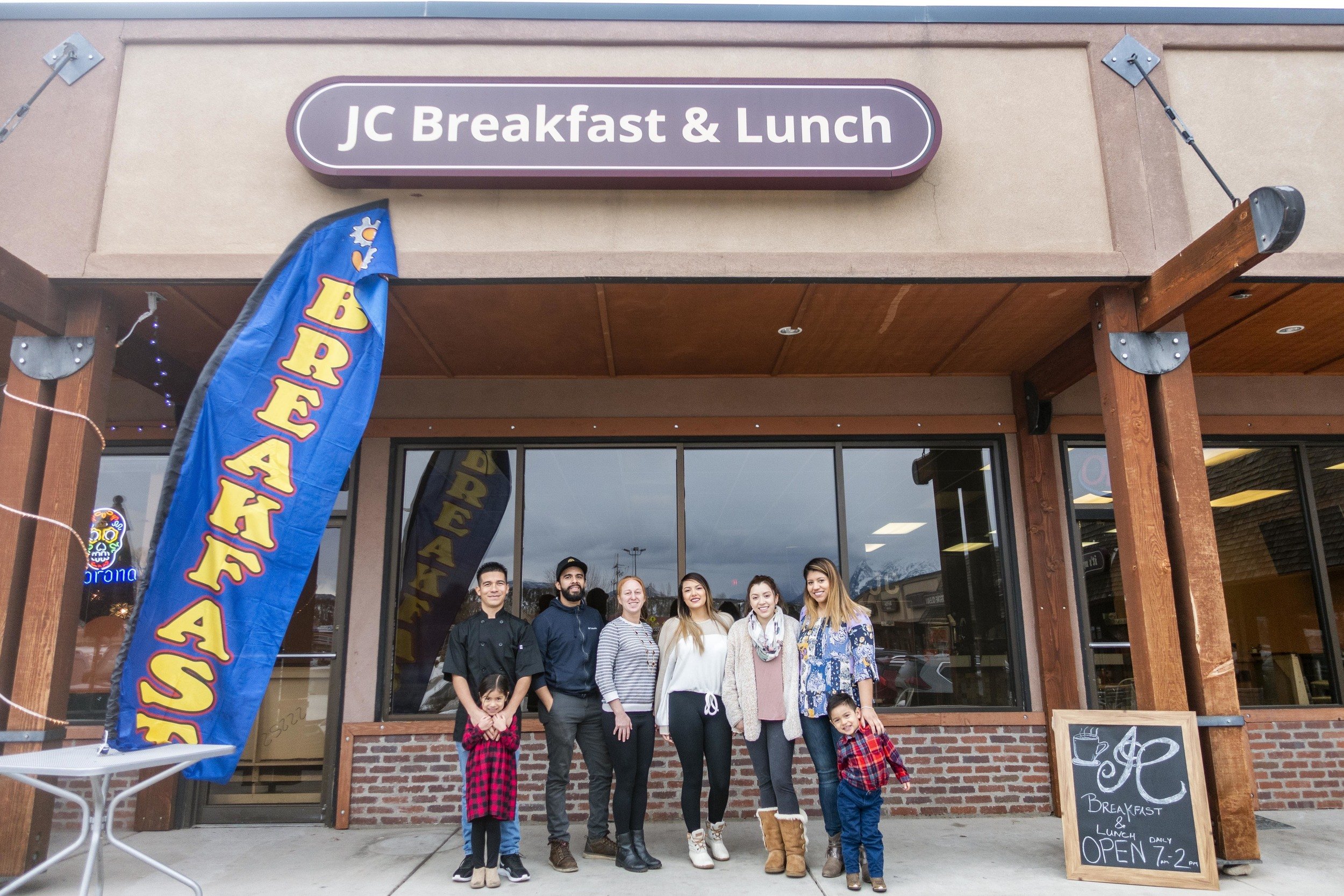 JC’s Breakfast and Lunch is a family-friendly restaurant with a menu that blends familiar American favorites and traditional Mexican fare.

Of the quick turnaround from acquiring the space to the official opening Trino says, “I spent one-month cleaning, painting, organizing, with my wife’s family helping a lot. It was seven days a week with no days off.”

Camacho is originally from Guadalajara Jalisco,  Mexico and has been in the Roaring Fork Valley for over 13 years. He met Palomarez while attending Basalt High School. He has also worked for multiple restaurants in the valley including the recently closed Roosters.

“He started as a dishwasher in a restaurant and he was only a dishwasher for like a month and then he started working in the kitchen learning how to cook and he fell in love with it and he’s being doing that since I met him” says Palomarez.

The menu at JC’s is expansive. For breakfast they offer various types of eggs benedict, waffles and pancakes, omelets and classic Mexican dishes like huevos rancheros, and breakfast burritos. For lunch, the menu spans burgers, sandwiches, and salads, and features main dishes like stuffed chicken and veggie marinara pasta. Unique menu items, include fresh juice blends, and a tres leches crepe.

“We put on the menu things everybody can come and eat and enjoy as a family,” says Palomarez. The menu is priced moderately  compared to other options in Carbondale.

The restaurant is striving to have something for everyone including vegetarian options. “If someone is vegetarian, I want to have a veggie sandwich which is homemade, so they have choices to eat here,” says Camacho.

His favorite item on the menu?

“The JC Mountain — it has vegetables with eggs on top. I like to add some bacon. It’s healthy and a really good amount. It’s one of my favorite dishes from breakfast,” says Camacho.

Camacho and Palomarez have two young children from whom JC’s gets its initials: Jessia who is five years old and Christopher who is two and a half.

The restaurant is open every day from 7 a.m. to 2 p.m. with both breakfast and lunch menus being served all day.

Camacho says that he always knew he wanted to do breakfast and lunch and isn’t interested in expanding to dinner, he says, “I want to do those things very well, instead of doing everything and not doing anything well.”

Palomarez and Camacho both emphasized that by doing only breakfast and lunch they were able to spend time as a family in the evenings, something very important to them. When opening the restaurant, they wanted to create a place they would want to take their own family to.

The restaurant has a few seats at a diner-style bar, many tables, and a lounge area with comfy chairs and couches. In the summer they will have a patio with tables and umbrellas for additional seating. Camacho is hoping this will become a space for the community, where friends run into each other and students gather on the couches to do their homework.  As they grow as a restaurant, they are considering ways to be more involved and give back to the community in the future.

In talking about what Camacho wants for the restaurant he says, “Something we will be doing all the time is just cook the best we can, so the people enjoy the food, and cook all the time with love.”